The Ressurection Casket by Justin Richards

Plot: Climb aboard me hearties for a tale of treasure and cutthroat pirates in the space ways! There’s treasure to found, dangers to be unearthed and more murder and mayhem than you could possibly want! There’s even a buxom blonde called Rose to feast your eyes on…

Mockney Dude: For a second I thought I wasn’t going to like Richard’s take on the tenth Doctor…but only for a second. In the prologue the Doctor is fist clenchingly irritating and has the verbal runs like never before, its like someone has taken everything that is annoying about this man and slapped it down on paper! However the second we’re out of the TARDIS and involved in a good old-fashioned pirate adventure the tenth Doctor is revealed to be at the top of his game…

The Doctor has everlasting matches that grow at the same rate they are consumed by fire. He doesn’t run away, he negotiates from a position of strength. The Doctor is such a devious bastard, he knows that there is no treasure to find but he heads out under the pretence of finding it because he has to get the TARDIS out of the zeg. His anger and frustration at visiting the TARDIS each day and being denied access forces him into a sulky rant where he promises to fix the engines and get them out of the zeg quicker. The only thing that gives them an edge and advantage is the Doctor. He refuses to shield Jimm from the dangers they are facing; in fact he shoves them right into his face to show the real horrors of space travel. When McCavity wont listen to reason the Doctor throws the mans feelings aside and really goes in for the kill: ‘She’s gone. For ever. She’d dead. And you killed her.’ He doesn’t know if the lockers are airtight before shoving his friends in them and tossing them into space but thinks it’s going to be exciting and amusing to find out! He gives the robots the option to let everybody live but when they refuse he shrugs and kills them all horribly. The Doctor has an annoying habit of blowing things up the first few times he meets you, your work, the sun, your ship…

Chavvy Chick: Rose is utterly gullible, she really likes Sally when the robot thinks she is a daft bitch!

Great ideas: That is a fine cover with both regulars looking hot under the collar good and a pirate ship gliding through the stars with a ghostly skull and crossbones behind – awesome! The Black Shadow is a curse, a threat, a sentence of death. The opening promises danger and death; eyes burning from the darkness, claws glinting like knifes and a body bleeding in the gutter. What an attractive location – a space port with steam punk technology, half steam ship, half space shuttle! Riveted and jointed robots walk about, puffs of steam blowing from their rods and pistons, the hiss of changing pressure…humanoid steam technology! As a gadgets man this is irresistible. The zeg is a blanket of electromagnetic gravitation that covers the whole system and you need a steamship to get out to the Outreaches. Captain Lockhart was covered in boiling lead after holding out against Hamlek Glint for 17 hours. Glint’s crew were all robots, gleaming, metallic, angular and lethal! There’s Salvo 7-50, broad, short with an arm ending in a vicious looking blade and a face like a skull. Cannon-K was a mark three battle robot. Elvis had flared metal trousers and painted eyebrows. Dusty was an oil drum with machete tipped arms! Stubbs has caterpillar tracks and an electronic eye in the chest. Octo has segmented arms with different attachments. Smithers is a respectable looking metal man leaking dark fluid down his trunk. I love robots! Glint sold his robots to a droid dealer to be melted down as scrap. ‘Hamlek Glint didn’t value life. And I don’t want Jimm growing up with that attitude’ – nicely done. Bobb’s fake treasure is made out of tin cans and metal foil but the Doctor’s reaction suggests something more… Krarks are space sharks that can store oxygen and compress so it can go for months without a fresh supply. It blows out tiny amounts under enormous pressure so it can push itself through space. Sally had repaired herself with bits of people she has murdered, she sees the face of the girl she killed everyday because she is wearing it! The Doctor’s Krark plan depends on his friends being loaded into the escape pod with the TARDIS inside, then he can disengage the pod and when they are out of the zeg and they can fly away. Oh dear, they put them in the other one. A spaceship graveyard of pleasure cruisers and cargo carriers, ships lost to the zeg before it was properly mapped. Larissa spills out of the chest, a blackened fragile skeleton, sightless skull eyes and a bullet hole drilled into her brain. The Captain she had an affair with was burned to death with molten lead and put up as a sculpture! Kevin doesn’t need oxygen, it’s a luxury, like sudoku, it passes the time but he can manage without it. Kevin being set free is really rather poignant. The Ressurection Casket discards the old body and clones a new one – when Glint fell inside he emerge as a baby…Jimm! Sally is torn about by Krarks and McCavity is transformed into a little baby, and lets hope he has a better upbringing next time! 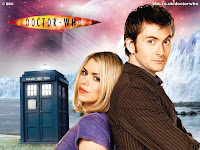 Embarrassing Bits: Kenny, King and Jonesy are so obviously Cannon-K, Elvis and Smithers but Richards doesn’t even bother with the pretence for a whole chapter.

Funny Bits:
· ‘This blaster might look old and rusty and naff but I assure you its in perfect working order!’ the Doctor cries, brandishing his weapon. After he fires and it singularly fails to do anything spectacular: ‘Oh zeg! Zegging hell!’
· ‘Rip you apart, yeah, I mean that’s what I have to do. But I can’t be doing with mess and damage and needless vandalism.’ Kevin the shaggy monster would rather read his stack of books or do another degree than main and murder but jobs a job.
· Dugg, McCavity’s bodyguard furiously scribbles notes taking inspiration from the danger they are in for his novel. Big help.
· ‘Let us claim what’s ours and we’ll leave you in pieces’ ‘Doesn’t she mean peace?’
· Monsters hiding behind the sofa? You see it all in this life!
· ‘Balls!’ Rose and Jimm tear up the snooker table to make a catapult and decapitate Cannon-K with the black! ‘Well that’s just great’ says his disembodied head from the floor.
· ‘Turn every switch, push every lever, press every button and ford every stream. Follow every rainbow until…sorry I got a bit confused there.’ ‘The cells are alive!’ ‘With the sound of music?’ The dialogue is witty and wonderful.
· Rose realises that by hugging Kevin as she does she is in fact clutching his buttocks!

Result: A pirate story! Woohoo! The tone of The Ressurection Casket is perfect, gung ho and full of fun with some space for some delightful innovations and details. It’s gorgeously plotted with some twists you will guess straight away and others that will wind you right up and its great fun seeing if your predictions are right. Any story that juggles up exquisite steam punk technology, cut throat robotic pirates, a polite ravaging monster and a matricidal lunatic is doing something right in my book! The prose is like ice cream, sweet and light and really fun to devour and the dialogue is packed full of fun gags. Some people will tell you that Justin Richards cannot write a fun comedic slice of Doctor Who and this novel is two confident fingers up at them: 8/10
Posted by Doc Oho at 15:42