The Turing Test by Paul Leonard

Plot: The Second World War is drawing to a close and mysterious message is being transmitted from Germany, one which will have devastating consequences for three very important men in the Doctor’s life, Alan Turing, Graham Greene and Joseph Heller. As time runs out for the ‘strangers’ will they be able to protect them from the mysterious bounty hunter on their tail…?

Top Doc: Perhaps the best ever interpretation of any Doctor in print, this is a masterful evocation of everything that is great about the Doctor, given even more depth and complexity because he is seen from the point of view of three very different people. Turing loves the Doctor as a man but know that he isn’t an angel. He thinks saying the Doctor is from Outer Space is a superfluous explanation. Described as more of a child than a man with a luminous, pleading face. The Doctor truly is ruthless these days; clearly he has great affection for Turing (indeed he snaps back at Greene when he insults Turing’s sexuality with, “He’s a person and with a greater sense of loyalty than you, I suspect”) but is still willing to exploit Turing’s desire for him to contact the aliens. The Doctor screams when he hears the message, saying he felt sorry for them. He knows he has an affinity with the aliens, understands their feeling of strangers in our world. He isn’t sure if he is human (and is described by a Priest as a ‘Devils Agent’). He doesn’t trust himself most of the time and is scared of losing control of his feelings and demonstrates this when he finally manages to open the TARDIS and screams when he discovers it empty (obviously hoping it contained the answers to his mysterious past). He is excited and interesting in everything and considers the human race to be ‘young’. When Turing tries to kiss him the Doctor backs away and later admits to Greene that his lack of libido is the one thing that is missing in his life. Described as a cat, stealthy and powerful and he still doesn’t like being locked up. He proves quite the master manipulator, managing to scheme the three men he requires to Dresden (with Turing he uses sexuality, with Greene he uses morality and with Heller he uses simple blackmail). Proving that he has returned to his old pacifist self he is perfectly willing to murder a man (one he isn’t even sure is guilty of a crime) to escape the Earth. His reaction at the climax is devastating, his horror and anger at being left behind after all he has done for the aliens and the sudden realisation of the horrors he has committed to get there. So it proves uplifting when he decides not to stand around brooding but to pull his socks up and whip his friends into a relief mission, to get out into the streets of war torn Dresden and save some lives. 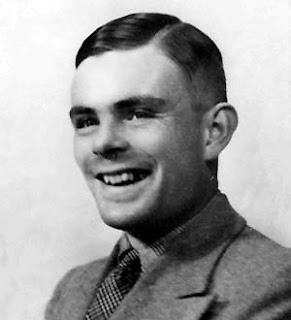 Foreboding: The Doctor finally discovers the TARDIS key only to discover it is empty inside.

Twists: This book is so nuanced that most of the breathtaking moments don’t come through actual events but rather through the astonishing observations of the narrators. Brilliantly, during his Byronic fit the landlord think the Doctor and Turing are shagging! During his emotional relationship with the Doctor Turing realises that in matters of the human heart there are no reasonable solutions. The Doctor observes: “Some duties are so monstrous that no man can obey them an remain human.” Turing doesn’t know who to trust or what side he is on to which the Doctor notes, “Alan Turing, welcome to the real world.” Greene’s hatred towards Turing borders on psychotic (“I hope you can learn to be human sometime.”) When there is a risk of a fire, Turing would rather save his code sheets than his own life. The moment when Turing decides to break protocol and travel with the Doctor to Dresden, uncertain of what the future holds, is beautiful. At the climax Turing wants to go with the Doctor into Space. 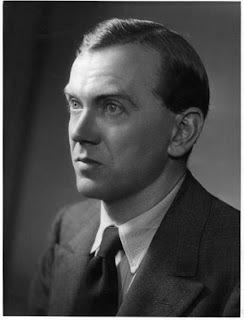 Greene discovers the aliens in Africa and thinks they are burnt alive but it transpires they were German officers and the aliens escaped. Greene realises with great shock that he was duped by the Doctor and killed the woman he loved for him. He is even more shocked to find Germany, supposedly the black heart of the world, an idyllic, orderly place when he first arrives. The bombing in Dresden seen through Greene’s eyes is terrifying (The thud of explosions, the roar of engines, the distant screams, the sky boiling with smoke, the rain of ash…). Greene realises with some horror that he has been protecting the wrong person (Elgar), he was never to sure out of the aliens who was the pursuer and who was the pursued but when he hears Elgar’s reaction to death, a solution and not a tragedy, he considers taking his cyanide pill.

Heller thinks the Doctor is ageless and changeless and thus should justify his actions all the more. Brilliantly all of Heller’s notorious charges (including treason) are thrown at the Doctor in the courthouse before he steps aside and points the blame at Heller. To get into Dresden undetected they fly their plane through military airspace and get deliberately shot down!

The Doctor's anger at being left behind at the climax provokes very different reactions from the three men. Turing wants to comfort him, Greene scoffs the Doctor’s (and Turing's) God-complex and Heller feels betrayed by a man he thought was killing and scheming for a good reason.

Embarrassing bits: The Doctor says only twice in the last half century has felt the way he should feel (hmm, he’s clearly forgotten about the events in Wolfsbane then…or it least this must have been published beforehand!).

Funny bits: Turing panics when the Doctor offers to take him to his bedroom but dives up after him anyway! The Doctor suggests decking out the hotel in blue, brass and stone with a domed ceiling. Brilliantly, Greene criticises the book for its change in narrator. The Doctor’s chemistry with Heller is fabulous, especially when he can see through his madness and decipher every one of his Quickety-Quacks! When Heller refuses the Doctor’s wishes he orders his execution.

Result: Easily the best eighth Doctor book to this point and perhaps (in terms of literary achievement) the best Doctor Who novel of all time. It comes as a shock that something this good comes from the pen of Paul Leonard, not because he is a bad author (far from it) but because he is usually such a strong plot writer rather than a character man and the reason this book works so fantastically is because it examines its characters in such complex and probing ways. Leonard captures three distinct voices beautifully and the dialogue and observations they make take this book into a world of its own. The Doctor has never been more prominent or fascinating and his comeuppance at the climax is both poignant and rewarding. The plot starts off slow but builds to an incredibly memorable finish and the atmosphere of the second world war is captured more atmospherically than any other Doctor Who book I can remember. The eighth Doctor adventures have struck a pot of gold with the Caught on Earth Arc and this is the pinnacle of a five-book stretch of wonderful stories. Stark, brutal and unexpectedly emotional, I love this novel to pieces and ask myself what you are doing reading this silly thread when you could be immersed in its pages. In a way I’m very pleased Uncle Terry is up next because I’m running out of superlatives: 10/10
Posted by Doc Oho at 22:37