The King of Terror by Keith Topping 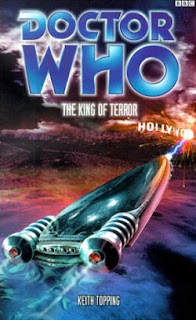 Plot: The Doctor, Tegan, Turlough and UNIT hit Hollywood! The Doctor gets to battle words with the CIA, Turlough gets tortured to within an inch of his life and Tegan gets to snog a sexist soldier. And around them a plot of two separate alien factions unfolds, featuring the destruction of the Earth as little more than an afterthought…

Fair Fellow: Why doesn’t the fifth Doctor ever get to DO anything? Does he like being this ineffectual? Seriously there are a myriad of plots and subplots going on in this book but he rarely bothers with any of them. Not when he can be chumming it up with Lethbridge-Stewart and pondering on the meaning of his existence.

He believes in good and fights evil. Though often caught up in violent situations he is a man of peace. To put it simply he is a hero and that hasn’t changed and it never will. There was something about him. Something eternal. He sometimes feels he is the only innocent in a universe of cynicism, a man out of time. He tries to be optimistic about the future but the things he has seen… While evil remains, he will fight it. Described as the vulnerable and a bit wet. He never carries guns because they keep going off and people get hurt.

Mouth on Legs: Tegan is proving one of the most wonderful things about the books. She is possibly my least favourite companion on the box but when she turns up in the range you are guaranteed a laugh and half and some seriously corny dialogue. She excels herself here, storming through the book like Ms Greer on acid, screaming at policemen, the Doctor, UNIT soldiers, aliens…just about anybody who will listen (willingly or unwillingly) to her feminist rantings. You’ve just gotta love her. She’s like Anji from the EDAs without the charm.

She is described as being as subtle as a sledgehammer. She was weird kid, always in trouble because she wasn’t smart enough to think up excuses. Her Dad had an affair and her Mum hated her and sent her to boarding school…which kind of explains a fair bit about her attitude. Tegan provides the Doctor a link to the realities of the universe. She is the soul of the TARDIS and he doesn’t know what he would do without her. In a cursory scene with Johnny Chester (that is Ian and Barbara’s rock star child) Tegan gets a ridiculous feeling that she has know him intimately for years – or at least somebody she would come to know. How had Tegan coped with the death of her Aunty Vanessa? By getting into a police box and being kidnapped, that was how! Tegan has seen death come in many shades, colours and flavours (???), on many worlds and in many times. She is a lot of things but Tegan Jovanka is not a nasty, spiteful girl despite her runaway mouth. She gets to snog a particularly rude UNIT top man (but go to funny bits to see the best and worst of their relationship!). If cynicism is what life requires then she can be the most cynical bitch the world has seen. 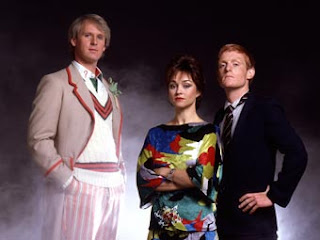 Oily Alien: Trying to read Turlough was like trying to read another language. There was always something shifty and furtive about him, even when he was trying to be supportive. He could have been the school bully or the school sneak. Los Angeles was like Trion before the revolution. Travelling with the Doctor made thinking everyone was out to kill you an occupational hazard. LA was hell, Turlough’s sort of town. He was a school genius and tried to run away from Brendon many times but they dragged him back and beaten. He thinks they are scared of him because he is different. Tegan doesn’t like him but he’s like a dog, you get used to having him around. To escape his captor, Turlough turns into a homicidal maniac (please have a look at embarrassing moments).

Chap with the Wings: In 2050 the Brigadier has returned from Avalon and his Celtic bride after having spent 20 years there. His is an utterly remarkable story in a time when such stories are commonplace. Age suits him; it has given him dignity and elegance. He has rejoined UNIT in an advisory capacity; his department is like UNIT’s X-Files.

Foreboding: Tegan’s reaction to the death of Milligan portents her eventual decision to leave because of the cruelty of the universe. And of course this story features her first meeting with her future husband.

Twists: The first time this book gave me any feeling of surprise was when the InterCom conglomerate bursting from their business suits and revealed themselves to be aliens. Barrington frying in the middle of the burning Pyre that was his car is a memorable image. Chapter 13 should be read in isolation to the rest of the book – it is really good! The Doctor and the Brigadier meet Control at CIA headquarters and talk politics. The Jex want Turlough’s DNA so they can change the atmospheric conditions of the Earth and still have a slave human population. The Jex were once a huge and powerful corporate Empire building race, if they get a foothold on Earth there will be the complete subjugation of the human race in six months. Assassins track Tegan and Paynter to Las Vegas and shoot Milligan dead. There are also 1000 Canavitichi craft full of 100,000 soldiers waiting to invade the planet. They have been holding back the Earth’s technological progress for an age. Without their interference we would have achieved interstellar travel by the 1850’s. The Jex are planning to explode plutonium bombs in the Earth’s atmosphere. The Canavitichi were conquered by the Jex but they overthrew them and now they destroy any planet they are on. Control joins forces with the Doctor and he creates a force field around the Earth, which protects it in the massacre as the Jex and the Canavitichi go at each other. 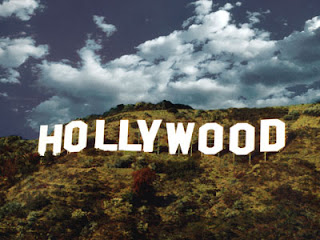 Embarrassing bits: Pages 13-19 are the best examples I have ever seen of how to not introduce new possibly recurring characters. What a load of sexist, racist shite. Do people really talk like that? “We’re the Force, son, and we aint had our breakfast!”
‘The Doctor possessed little of the flamboyant charisma of his predecessors, which made him, in the eyes of people obsesses with such athestics, bland and ordinary’ Hahahahahahahahahaha! That is hilarious! Keith Topping likes fandom but some fans don’t so he makes the point that he is right and we are wrong. What a nerve!
In the same scene you get these two priceless nuggets of dialogue: “He’s entitles to basic human rights and one of those is not to be beaten to a pulp by four Nazi storm troopers in drag!” and “So get the hell out of my way and let us put this shit where he belongs! And hey, have a nice day!”
No word of a lie, there is a scene where Turlough drinks 8 pints, compares a woman to Cybil Sheppard, discusses the advancements of lavatories and gets asked: “You want to have sex with me?” It was at this point I was thinking, “Why am I reading this junk?”
Turlough gets to wee and shit his pants in the same book!
The dialogue gets much better as the book progresses: “You kept on talking about your friend last night. The Doctor. So is he for real then, or just a load of science fiction bullshit to make me go to bed with you?”
To escape captivity Turlough chokes Eva with a chain. The he head butts her face. The he smacks her in the face until blood is everywhere. Then when she is dead he kicks her. And spits on her. And says, “Die you bitch die!” Don’t, whatever you do, get this kid MAD.
I cannot believe that Topping has the nerve to have Paynter admit in dialogue that his romance with Tegan is a comedy sub plot that is impressing no-one.
The Brigadier to the aliens: “Now listen here you men! We know who you are and what you are planning and you can jolly well put a stop to it right now.” Ooh I bet they’re quaking in their boots.

Funny bits: The relationship between Tegan and Paynter is so trashy it is the only thing that held my interesting. Paynter calls her a lesbian, a stupid bint and to top it all off, “Smoke my cornet, big arse!” He follows this up later with, “Tegan, do me a favour love. Shut your bleeding cakehole!” She later asks him if he really thinks her arse is big and he responds, “Sorry love, but its flaming enormous!” When she is tired he comments: “You’ve been on your mouth all day.” Naturally they have lots of snogs. After they are rescued from certain death Paynter admits: “I’d hate to take you down the pub and introduce to my mates, you’d probably end up knifing most of them!” 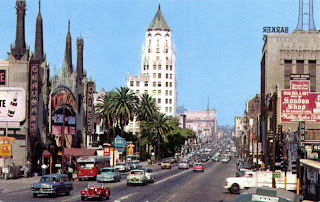 Result: Trash of the highest order! It’s fascinating to read The King of Terror and Bunker Soldiers in such close proximity because it becomes instantly clear where the talent lies. The plot here is barely worth commenting on, its been done a million times before and better and frankly is buried under a myriad of embarrassing subplots. Doctor Who in an Alias US style thriller is a fantastic idea but there is none of the restraint and style that is needed to pull it off. America is represented in about as stereotypical fashion as I can ever remember reading which is fine because the portrayal of English army lads is just as clichéd. The regulars work independently of the plot and each have some painfully discomforting moments, especially Turlough who really has become the PDA’s whipping boy. I cannot imagine why this book was commissioned, it serves no real purpose but to frustrate the reader: 4/10 (it should be 2/10 but the Tegan/Paynter stuff is just too hilarious to criticise!).
Posted by Doc Oho at 22:59