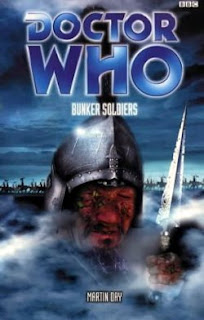 Plot: The Mongols are coming! Trapped in Kiev, stranded away from the TARDIS the Doctor, Steven and Dodo have to prepare themselves for the coming invasion. The Church have their own ideas of protection from the oncoming hordes, a deadly weapon hiding under the cathedral, an alien who is far, far away from home but still fighting a war…

Hmmm: The historicals always reveal the first Doctor in the best light. When trapped in the moral dilemma of holding back and watching people suffer or defying the Web of Time we see him at his weakest emotionally and paradoxically his strongest morally. Wrestling with his conscience, he comes more human than ever before.

For the Doctor the TARDIS was more than a means of conveyance, he seems to draw strength form its proximity. It afforded him limitless patience and determination. He cannot bear to be away from her and refuses to divulge her secrets. He is a scientist and takes nothing at face value and believes nothing until it is categorically proven. Steven once again questions his ability to stand back and watch history slaughter thousands of people to which he gets a considered and intelligent reply: “People die in agony all the time. Do we have the right to decide who shall live and who shall be saved? We owe it to the future to leave things well alone. Time is no respecter of good intentions. Human history is full of massacres, but no one has the authority to prevent them.” It is not that the Doctor has no time for religion; he has no time for hypocrisy. He reveals much in the pauses between his words and is the most incredible person Steven has ever met. He has seen many great and terrifying sights in his time but nothing like the advancing Mongol army. “My people are beyond even the influence of the Great Khan. 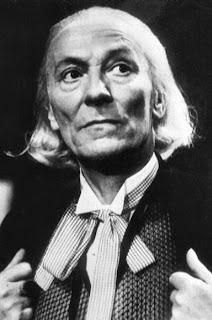 My land could not be reached if you rode for a thousand years.” The scenes where the Doctor talks with Khan about the oncoming massacre are stunning, the Doctor’s diplomacy and restraint in the face of talking about slaughter so casually is astonishing. His life is a series of heart-rending decisions. Every word, every action, every desire to keep his companions safe was balanced against the unimaginable consequence of failure.

Macho Hero: Rivalling the Doctor for the position of ‘most interesting regular’ Steven narrates much of this story from the first person. It is a ideal method of getting inside the head of one of the most remarkable people the Doctor has ever travelled with. What I adore about Steven is his ability to stand up to the Doctor both intellectually and physically…when these two come to blows it really feels like a dangerous clash of wills.

If they had a way to leave Kiev, despite the oncoming Mongol Army, Steven wouldn’t have spared the City a second glance. He soon realises there is huge difference between examining another culture and living it – the novelty soon wore off. Later Steven wonders if this life actually suits him. A simple life with simple rules and customs, a clear sense of priority, where people where more important than things and where everything was respected. Compared to his old life, training and striving it had some advantages. He is described as a man of great character and resourcefulness. His belief in the Doctor burned in his chest like a flame. In a scene that proves how selflessly brave he is Steven gives himself up to the guards because he fears for Dodo’s life and wants to protect her. He cannot believe that the governor believes him so suddenly; people in his adventures are not usually so accepting. He heroically dashes into a burning building to save a friend. Steven is not sure that heaven exists because he has seen little evidence of it. After this adventure, the TARDIS has never felt more like home.

Dead as a…: You have to be impressed when a book manages to get one of the most boring companions ever spot on (as in you can see Jackie Lane saying the lines) and make her appealing. She proves to be an excellent manager and co-ordinator. She is scared that she will die but if she left she would feel as though she was leaving friends behind. Given her adventures she is used to danger but not used to waiting around for it. Yevhen calls her a ‘little whore’ and suggests it is better to have a single good son than a thousand sluts as daughters. 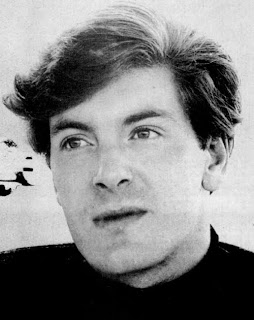 Dodo’s friendship with Liesa is sweet and believable. Pages 148-151 use Dodo better than I have ever seen before – the dialogue is superb and her commentary on modern day even better. Because Dodo’s inadvertently puts the idea to catapult bodies over the walls in Dmitri’s head a chain of logic forms that leads her to believe she is responsible for the Black Death. It is dismissed but just goes to show how a tiny action in the past could lead to devastating consequences. Bravely, Dodo stands between the Mongols and Dmitri.

Twists: Yevhen desecrates the church to release ‘the spirit of God’ to protect Kiev only to release a creature in his tomb. Steven discovers a body and accused of murder and arrested, trapping the regulars in Kiev for the invasion. The Doctor heads out to speak with the Mongols to convince them not to attack. Taras returns from the dead, mouth full of needles and attacks his wife. Olexander (and Steven) are locked down in the catacombs with the creature to negotiate with it. Alas it rips out Olexanders throat. The Doctor’s party is led into a trap, his horse shot and his fellow Russians murdered. Steven’s rescue attempt in the burning house is written with urgency and drama. The description of the Mongol Army, thousands of soldiers on horseback, kicking up plumes of dust and vanishing into the horizon, is enough to make the Doctor gasp. The Doctor realises the Mongols are not invaders in the conventional sense. They are not interested in foisting their culture on others but in acquiring, learning and utilising all they have found. The invasions are bloody but life continues much as before afterwards. When Dmitri is offered a chance to surrender he declines and worse, he murders the ambassadors from the Mongol Army and starts catapulting disease victims over their walls at the approaching army. Vasil attempts to negotiate a peace between the Mongols and the Church. The book grips you with nerves as the Doctor pleads for the city, one man desperately trying to hold back history. After such build up the attack on Kiev is brutally executed, a truly terrifying scene of carnage. Yevhen’s head is sliced off. The alien in a ‘bunker soldier’ from a far off war accidentally crash-landed on Earth. The alien attacks in genetic groups and assuming he has been fired into enemy territory killed Taras and seeks out further Russians. He worked up the chain of command, finally attacking the governor with madness, hence Dmitri’s suicidal decisions.

The Mongols storm into the TARDIS! The image of the Doctor, Dodo and Steven embracing and staring out over the dead city from the tower is very powerful. Liesa was pregnant, that was why the Bunker Soldier did not attack her.

Result: What an incredible book this is. I thought as I opened the first page what a shame it did not feature Ian, Barbara and Susan, dominators of exploring the historical genre and to my surprise both Steven and Dodo work better than the original line up ever could. The three regulars are written perfectly and have independent but equally gripping plot threads. Martin Day mixes history and science fiction with atmospheric results; the dramatic thrust of this book, the invasion, is keenly felt throughout and is paid off with brutal efficiency. The human element is never forgotten and the fact that we care about these people adds to the urgency and drama. What’s more the actual writing of the book is of an extremely high standard with scene after memorable scene that you want to tear out of the book and rub in a non fans face and say ‘This is what its all about!’ A book that demands that you see it through to the last page: 10/10
Posted by Doc Oho at 22:44