Plot: The Doctor and his companions play some games with the Celestial Toymaker. Tegan becomes a God. The 1st Doctor takes a joy ride in the TARDIS. Adric doesn’t wash. Just your everyday occurrences in season nineteen…


Before I go in any depth about the regulars I should point out that surely Gary has utter contempt for all four of them. They come across as a shallow, contemptible lot…as you might have already guessed he has captured them perfectly. The fifth Doctor, Tegan, Nyssa and Adric were never used in a PDA again. Gosh what a shock.


Fair Fellow: The Doctor rarely needed sleep but when he did he slept deeply and well. He has an attractive face, designed to smile. He is an old and wise man trapped inside a young mans body. Adric preferred the old Doctor. He is a wonder and life itself. There is an intruiging suggestion thrown in the air…maybe the Doctor travels with such social misfits because they are flawed are more likely to accept him than his previous, more intelligent and focussed companions. Rallon tells him he needs to he needs to harden up if he is going to face the traumas ahead. His impossibly old eyes reflect the wisdom and experience of hundreds of battles, explorations and experiences. Of his friends at the Academy, he is the most content with his life, righting wrongs, lighting the dark and saving the oppressed. 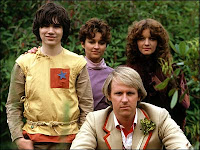 Mouth on Legs: Oh Tegan, Tegan, Tegan…how much do you make me laugh! Whilst I enjoyed her portrayal in Deep Blue which highlighted her more human aspects her characterisation in Divided Loyalties is far more of what we saw of her on the telly. She is rude, bitchy, stupid, angry…a real nightmare to be around. She’s like Anji from the Eighth Doctor adventures on acid except not brilliant.


Her full name is Tegan Melissa Jovanka. She is frightened of her companions because they are all such basket cases. She acts oh so superior to everyone else. The Doctor describes her as a particularly fine example of humanity but he has always been known for his sense of humour. She gets furious when the Toymaker shows her a simulation of her fathers possible funeral, cross that she couldn’t be there to comfort her mother. One thing about me, Tegan thought, is that I’m so stubborn! If the TARDIS is to be her home for a while and these people her family, it was time to stop fighting them.


Alien Orphan: A real mixed bag with Nyssa, Gary seems to be suggesting that she is far cleverer than anyone gives her credit but then proceeds to have her act like a melodramatic wench, fooled by the Toymaker. She is always immaculately styled, like she had just come from a shop, how did she do that? She is like a young, female version of the Doctor. She is shown Traken before its destruction and is warned of an evil being known as the Doctor. She sees through this deception but falls for his aspersion that the Doctor knows how to separate her father from the Master. People are always underestimating her; she absorbs, notices and learns things. She has an inner strength and will adapt to losing her father and homeworld.


Smelly Armpits: Tegan hates Adric’s superiority and arrogance, especially from someone who thought that yellow and green pyjamas were the height of cool fashion. He is a king size brat and arrogant adolescent, he masters the art of sarcastic, is lazy, workshy and unfunny. He and the old Doctor had been a family, a team until the girls had come along. He knows he is often suckered into other people’s plans but he always has a plan himself, pretending to go along with people and ready to switch back to the Doctor when the time is right. Adric doesn’t dream thanks to Alzarian physiology and wakes up happy and bouncing, another thing that annoys Tegan and Nyssa. He needs to accept that his role has changed, when he joined the TARDIS he was child like, emotionally stunted and easily led but when the Doctor regenerated, so did he and he took on some real responsibilities. Tegan sums up his future: He’ll be alright.


Foreboding: This of course leads into The Nightmare Fair. Not only does the author fill his pages with enough continuity references to make the History of the Universe irrelevant but he also reveals the reason he write this book is…. to bridge the gap in continuity between The Celestial Toymaker and The Nightmare Fair. You see the Toymaker is a bit of a b*stard in the latter story, where he was quite a charmer in his debut. So now (and im sure you have all been dying to find out) we get the explanation for how this horrific personality transformation took place… 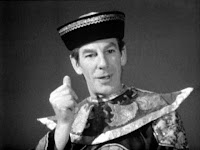 Twists: Sir Henry ends up playing snakes and ladders with his real family as the pieces! The Toymaker is the guardian of dreams and wants to bond with the Doctor. That’s a about it really. Oh the shift to the Doctor’s pre-Unearthly Child Academy days is a bit of a shock…but not more than when you read on…


Embarrassing Bits/Funny Bits: For this one time only I have decided to combine these two because much of the book fills this category and in the case of Divided Loyalties the two are never mutually exclusive. Here are my all time favourites…


· Tegan has a cat’s arse pout.
· The Doctor’s bedroom is somewhere we should never, ever visit.
· Adric never bathes. His pongy armpits are a constant shock and Tegan and Nyssa have tried to make the Doctor have a heart to heart with the lad but he keeps making excuses.
· ‘Whatever phantom zone she had found herself in she would conduct herself with all the strength of a true daughter of Hull’ Wha-at?
· “Tell me Doctor, d’you travel with these people out of friendship or have you committed a crime and they are the penance?”
· “Tegan has anyone told you lately how nice it is to have you around?” “Not recently, no.” “Hmmm, I wonder why that is?”
· On page 56 there is an almost homoerotic sequence involving the Toymaker and Adric which I found quite disturbing (He put his face very close, and Adric could feel his breath, smell how sweet and nice it was, feel tiny gusts of air on his nose every time the man breathed out as he spoke.)
· ‘Couldn’t this silly Oakwood man see what he was suggesting was by far the quickest solution to their problem’ This is apparently a thought directly from the Doctor’s head!
· Adric almost stamped in frustration. “Tegan’s always getting possessed. She just wants attention!”· On page 82 there is a great example of Adric trying to be nice which might explain why he is such a social retard. (He tried his best, really he did, but nobody really wanted him there. He tried being nice to the girls, telling them when they weren’t looking as nice as they had the day before, but they just said he was being rude which was so stupid. One day they would spend ages putting make up on their faces, getting it right. The next day they wouldn’t spend quite as much time and look a little different, but then not wanted this pointed out. “How do I look today?” Tegan would ask, and Adric would tell her.)
· The way to get back through the CVE…is to reverse the co-ordinates!
· Koschei pre-empts his days as the Master: “He speaks, he clicks his fingers, or whatever and we all follow. One day I must find out how to do that.”
· The Doctor’s wise old mentor appears to him when he is in a crisis just like Ben Kenobi in Star Wars and even says: “Your destiny is yours, my boy.”
· Nyssa’s hysterics just don’t ring true: “You pig!” she screams at the Doctor before slapping him around the face. “You’d rather have the Master out there justifying your oh-so-heroic place in the universe than actually doing some real good and rescuing father!”
· “That’s our Adric. A big, spoilt brat who thinks he’s grown up when he’s nothing more than a pathetic child. Oochy Koochy coo.”
· The Observer = the Toymaker’s Watcher!
· The entire Gallifrey 90210 sequence is worthy of a mention because it had the potential to be thoughtful and gripping but reads like childish trash. Its all in there…intellectual rivalry, TARDIS joyriding, Time Lord love, the Doctor expelled…are we are honestly meant to except that every single Time Lord villain the Doctor has encountered over the years was one of his closest friends at the Academy? This entire sequence is comic gold; I honestly haven’t laughed this much in ages.


Result: Well what can I say about Divided Loyalties that hasn’t been said already? I think this book redefines a saying, it’s that powerful…this isn’t so bad its good, it’s so bad its bloody fantastic! With absolute honesty it is appalling on every conceivable level, the plot is nonsensical and sprawling, the characterisation is so obvious it the prose actually tells you how the characters have changed at the end, the dialogue is frequently abysmal, the continuity is spewed over the text in great, unforgiving plumes, can you even call that prose? I mean there is nothing about this book that you cannot criticize. However, despite their genius, Gareth Roberts, Paul Margs and Jonathon Morris have still to come up with a book as hilarious as this, the belly laugh to page ratio is unrivalled in Doctor Who history, all of it unintentional. Because it kept finding ways to reach a new standard of cr*p, I loved every second of it and will pick it up again whenever I am feeling low: 0/10 or 10/10, depending what mood you are in.
Posted by Doc Oho at 09:14