Tomb of Valdemar by Simon Messingham

Plot: There is a terrifying expedition out to find the God Valdemar, resting in his tomb beneath the acid skies of Ashkellia. The Doctor and Romana must pause in their quest for the Key to Time to try and stop a catastrophe that could see reality and dreams collide and the universe invaded by a being that could rip through its entire fabric…


Teeth and Curls: This is, without a doubt, the best characterisation of the fourth Doctor I have EVER read, especially for this period (admittedly there isn’t much competition). He is a man of great good, with insufferable manners. He travels everywhere, interfering, making a nuisance of himself and helping people to see what they needed to see. Like all interesting heroes there is a touch of the cartoon, the grotesque, the over the top about his manner. He is never more focused than when he appears distracted. Romana thinks he suffers from physiological cognitive dissonance and a fixated egocentric maturity deficiency – in other words he’s a big kid. To his annoyance, the Doctor always finds himself explaining himself. He remembers being centuries young but has better luck remembering events than his part in them. Despite their good humour and mirth, the Doctor’s eyes accuse. He cannot walk away from a situation, especially one of his won making. Occasionally the Doctor resents the White Guardian for the restraints he has put on him. He is funny, witty, sardonic and charming. He has made a living of getting high and mighty in the face of death. He is inevitably, infuriatingly right. If anyone had been chosen to represent life at its most energetic, it would be this manic bohemian. In quieter moments the Doctor would sometimes cheerfully wonder whether he had seen it all, whether there was anything left in the universe to surprise him. There was. 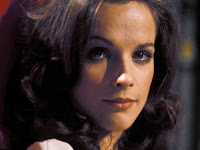 Universe Virgin: Once Romana had achieved her triple first she wondered what the purpose of it all was. The serenity and complacency of Gallifrey had become tiring…was she bored? Travelling with the Doctor was like the shock of cold water but she felt anticipation and excitement about further adventures. All Romana has ever done is study. Leisure time was given over to conscious development of mental and physical skills. She joined the Doctor to do things. Her speciality lies in technical disciplines and science, poetry definitely isn’t her thing. She can sympathise with a victim (Huvan) but cannot understand the perpetrator of agony (Neville). Romana remembers the Sontarans strutting through the Academy, no one daring to halt them in their atrocities. She feels as though she has entered a war where unimaginable realities must be sublimated, dealt with and taken for granted. The idea that she might become blasé sickens her. Grief over the Doctor’s ‘death’ paralyses Romana, she realises how small she is compared to the universe she inhabits.


Foreboding: In a wonderful, wonderful twist, the storyteller who we believe is Miranda Pelham turns out to be Romana, centuries after she travelled with the Doctor. She has returned to tell Ponch who he is and what his place is in the story. It is a beautiful turn of events, proving that Romana survived the destruction of Gallifrey (twice!) and is still out there, keeping her word, spreading ideas and wonder. I love it. 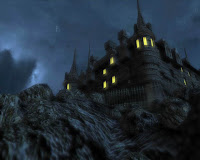 Twists: Stories within stories – the framing device that powers this story is brilliant, allowing the storyteller and her audience to comment on the action, make things up, move the plot on, even switch narrator…Simon Messingham has always loved playing with narrative and this is his best and most successful experiment (read page 183 to see why the narration of this book is so unusual and effective). Erik is transformed into a monster and grips onto the bathyscaphe as it ascends into the acid skies of Ashkellia, the flesh boiled away. In the Academy the Doctor and the Master lashed up a door to the Matrix and found out about Valdemar and when they emerged the Master was salivating with the thought of such power (the Doctor wondered what sort of person might gain pleasure from such a nightmare). Valdemar was a stain, blotting out stars and consuming planets. A million years ago the Old Ones breached the Higher Dimensions and one individual returned, able to shape reality: Valdemar. The planet Ashkellia is a giant particle accelerator to punch a hole into those dimensions, the tomb of Valdemar the gateway. Valdemar was thought, time and emotion…everything. Every life form it encountered experienced total perception. The Old Ones punched the hole in reality until it grew, spreading like a cancer, threatening to subsume the universe. Huvan, ugly and selfish and drowning in angst should be annoying but caught awkwardly between child and man he is just disturbing. He is genetically kept young so his body is in constant war with itself and thus the most powerful psychic force in the galaxy. In a moment of spine chilling horror Huvan rises from the ground, pustules bleeding and causes Tenniel to explode into sizzling pieces. Neville slaughters the nobles (the Doctor: “How many more Neville, how many more will you kill for your ridiculous delusion?”). The Doctor and Pelham are spat out of an airlock. The old woman storyteller dies and, brilliantly, Ponch (who has been touched inside by the power of the story) completes it himself. What a climax – Neville and Hopkins kicking bloody murder out of each other as the tomb of Valdemar opens to unleash doomsday. A creature filled with hate, half Neville, half Hopkins, constantly at war with itself, is a fitting end to these two bastards. Miranda Pelham decides to stay in the Higher Dimensions with Valdemar, an Old One who contained the forces by staying there. 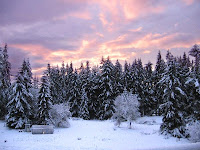 Funny Bits: K.9: “Don’t trouble yourself with the metal dog. It never goes down very well. Its not in the story that much.”
Messingham cheekily addresses the audience: “If its not my plots that are too complicated, its my characters. Now they’ll have an excuse to attack my style too!”
“You will die for this intrusion!” “That seems a little harsh. A simple telling off would have been more than sufficient. Better still, how about a sign saying ‘Keep Out. Dead God Awakening’ Hmm?”
Between sickening emotional angst and scabby faced zombies, Romana chooses to rush back into Huvan’s bedroom. “You came back!” “I couldn’t stay away.”
“I know, I’ll drink some. If I drop dead its probably best not it use it.”
“Didn’t I warn you about boys? They’ll say anything to impress. I’m sure it was on my list of ‘a thousand and one universal constants to warn Romana about’.”


Embarrassing Bits: He would have got away with it too, yes, if it hadn’t been for the Doctor and those meddling kids.


Result: Yes! The powerhouse the PDAs have needed for sometime. The first ten showed so much promise but the range has been somewhat cruising along, happy to entertain but not amaze. Tomb of Valdemar has everything you might want from a Doctor Who book, it is hugely entertaining; it has a clever and involving plot, moments of genuine horror, lots of detail, experimental (and damn successful) narration techniques, great characterisation and an ending that takes your breath away. I must focus on the characterisation, of both the regulars and the guest cast, which is astonishingly good in both respects, the cast spring from the page with absolute conviction. Every page throws up fresh wonders, a plot twist, quality dialogue, moments of introspection…and I hate to sound like a broken record but the ending (which could so easily have been an anticlimax) is redeemed beautifully by a deceptive final twist. Simon Messingham is such an inconsistent author, for every Zeta Major there is a Infinity Race but with Tomb of Valdemar he has reached his zenith and produced a classic Doctor Who novel: 10/10