The Blue Angel by Paul Magrs and Jeremy Hoad

Plot: The evil tyrant Daedalus wants to stir up trouble in the Obverse, a pocket universe. Old ladies want to go shopping, the Doctor wants to save the day, Compassion wants to control the TARDIS and Iris Wildthyme just wants to have some fun. Looks like nobody is going to get their own way…


Top Doc: Looks like the authors have a much better hold on the eighth Doctor these days, as this is another stunning use of his naiveté. He has a wonderful melodramatic streak, at one point when he has nobody to moan at he flops on the bed and screams, “I’ve got no one to talk to! No one to mystify and perplex! What an existence!” He wants to tinker with Compassion’s earpiece to make sure she is definitely on his side. Following up from Interference his memory is a bit shaky, he isn’t sure if he went to battle with Giant Spiders or not. His reaction to Daedalus’ heartless destruction of the Glass City is great drama, he screams, “What can I do?” as the city shatters around him. Compassion thinks he is a fool for holding out hope for his friends, which makes their eventual reunion even more joyous. Daedalus thinks the Doctor treats the universe as his backyard, and foiled the plans of those who wanted to treat as their backyard. This is perhaps the most shocking adventure the Doctor has ever had as Iris takes him from the climax, leaving him with no sense of closure. He has lots of ideas for resolving the situation and turns really ugly when she refuses to let him back into the Obverse to interfere. He can’t stand the thought of Iris knowing the ending when he doesn’t, it is tough lesson he refuses to learn, and he threatens their friendship over it. We’ve never seen him so vicious and it says something very personal about how much he enjoys wrapping everything up himself.

Scruffy Git: Starts out the book trying to be sarcastic to prove he definitely is the real Fitz. He feels like the spare prick at the wedding wedged between the Doctor and Compassion. He does not get on with Compassion very well or think she is the ideal companion. We realise this really is Fitz when he ponders on whether to shack up with Iris just because she is a ‘fantastic bird’. Then, somewhat more worryingly, he considers the Doctor’s power and charm and wonders what it would be like to get laid by the pair of them (this could be seen as the beginning of the Doctor and Fitz’s unrequited romance, Fitz obsessed with the guy to the point of love but never able to express it because he’s not that way inclined…). He flirts like mad with Iris and gets a snog (with a bit of tongue) for his troubles.

Stroppy Redhead: Hints to her future development as Compassion looks on lavaciously as the Doctor operates the TARDIS. She feels queasy between the interior and exterior dimensions of the ship and feels strangely welcome as later in the story the vortex threatens to break in. Otherwise there is little development of her personality, which is as rude and uncaring as ever, but at least the Doctor tells her he thinks her manners are appalling and proves her wrong concerning the death of Fitz and Iris. Her education starts here…

(There is a bizarre, unexplained sub plot in The Blue Angel concerning the Doctor, Fitz and Compassion living together in a snowy village. The Doctor has friend called Sally who has written a book that turns out to be the exact events of The Scarlet Empress and The Blue Angel. Funnily enough, Compassion has just moved in, the Doctor feels as though he has lived several lives and he dreams of breaking free of his cosy existence and travelling. He might have used to have been Time’s Champion but in everything human he was still a virgin and he found himself craving they things they wanted, never having experienced the things that set their hearts thumping. He remembered Grace and an impulsive kiss. A woman named Iris Wildthyme lives in the basement floor of Sally’s flat. There are hints that the Doctor was secreted into this existence by Iris to protect him. His mother is a mermaid. His Doctor is a dandy who wears ruffled shirts (the third Doctor?) whose pills make him see terrifying adventures with Giant Spiders (hmm…). The Doctor realises he has been made safe in this environment and will have no more episodes, trapped as he is in an eternal title sequence. Sally’s dog tells Fitz that there are many different realities and asks him how he would feel if his reality was the less real one. Sally’s stories and the Doctor’s memories match, fascinating adventures on untold worlds, she says she made them all up but Iris tells her there is no such thing. What the hell this all means is beyond me but for amount of fascinating existential thinking going on, hints and peeks into the Doctor’s psyche and possibilities as to what the hell this whacko universe could be remaining unresolved, it is fascinating to read.)

Foreboding: Compassion’s intimacy with the TARDIS/Vortex. Iris tells the Doctor that the TARDIS keeps plonking itself in dimensional disturbances, knowing what’s going to happen, and is trying to fool itself. Sounds intriguing… 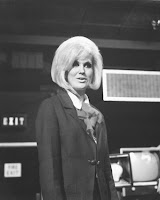 Twists: The Glass Men of Valcea are a gorgeous idea, and realised in prose with genuine beauty. When Daedalus manipulates the starship crew to fire on their gorgeous city you feel every second of their pain. You realise how evil the man is when he sends out corridors to planets of creatures such as Daleks and Cybermen to lure them to Valcea and create a major war between the regular universe and the Obverse. The Owl attacks are brilliant, especially as they smash their way into the bus and kidnap Fitz and Iris. A bunch of babies on stalks mark the Doctor’s leg, suggesting a link between our Doctor and the one in the sub plot. One horrible scene sees a tank stampede several dying Glass Men into shards. Belinda gets turned into a squid! The revelation that Garrett and Blandish were lovers seemed a bit pointless at the time but almost makes you want to go back and see what you missed between them. The climax is excellent, where all the creatures converge in the throne room and chaos lets loose. The fact that we share the Doctor’s frustration at not being able to tie up all these loose ends is brilliant, for once the reader right there in the heroes shoes, equally as impotent.

Embarrassing bits: Well the Star Trek parody is obviously a bad idea but in the light of that series’ death this has actually aged rather well. The Doctor barely acknowledging the Captain during first contact, the wet communications officer, the death wish built into every Captain, the fact that they have to budget every action they make…this is all well observed stuff. Bugger me.


Funny bits: Oh please this is co-written by Paul Magrs; of course it has funny bits in it! Fitz thinks the hollow deck sound awful. The thought of Fitz at the controls of the TARDIS is too terrifying even for him to bear. The console comes up with the expression BRASS MONKEYS to describe the conditions outside. The Doctor’s device is said to stop a transmat blockage like a good laxative! Iris can feel the Doctor a million miles away; it’s a hormonal thing. To annoy her, Iris calls Compassion Contrition/Compliance. Apparently Dusty Springfield was once sent undercover by UNIT (I really want to see that story!). The Doctor thinks telepathic contact with another Time Lord feels like somebody rummaging through his sock draw!

Result: Sheer genius from the first page to last, I adored every second of this complex, challenging slice of whimsy. Half of it refuses to make sense, it denies you a satisfying ending and in places it seems to be going off on tangents just for the hell of it but these are reasons to celebrate the book, as it takes risks with its narration and wins through with superb style. All the (brilliant) threads converge in the packed climax and then the whole thing stops, leaving the reader as gobsmacked as the Doctor at how the writers could be so cruel. I have rarely been as eager to find out what happened next or been as happy to be refused that knowledge, I pieced together my own ending with the wickedly playful twenty questions at the end. It is so nice to see the EDAs having some fun; this book is gorgeously written with some stunning set pieces and an infectious sense of adventure. Delightful: 10/10
Posted by Doc Oho at 23:57