Sanctuary by David A. McIntee

Plot: The Doctor and Bernice are stranded in medieval France, the Church inflicting savage brutalities on what they consider to be heretics. They hole up in a besieged fortress and while the Doctor begins a murder investigation Bernice finds herself drawn to an embittered mercenary who has made the heretics fight his own. History is about to teach the archaeology professor a very uncomfortable lesson…

Master Manipulator: ‘With the whole universe full of troubles and turmoil’s I sometimes wonder what difference can one man make?’ Tempus Fugit is the Doctor’s restaurant. He boasts that he can tell what planet he is on as soon as he steps on it (we know better, Doc). He is described as a scholar, an explorer, that sort of thing. He sneakily tricks a torturer into thinking the prisoner is dead (he is really unconscious) and helps him to escape when it gets dark. He quotes: ‘Battle not with monsters, lest a monster you become.’ In a truly astonishing moment the Doctor creeps into Louis’ bedchamber and reaches for his dagger but only upon discovering he is sharing his bed with a woman does he withdraw. That scene is shocking in its implications. He watches darkly as Bernice and Guy get close. The Doctor is like an owl (really, because that has never been mentioned before), comfortable in the darkness as they are and equally as adept at hunting down prey in cold blood. In an unexpected moment of pathos for his companion the Doctor offers to let Guy come with them.

Boozy Babe: This is probably the ultimate Bernice New Adventure before she inherited her own series. David A. McIntee deserves kudos for getting her character so absolutely perfect throughout, highlighting so many of her strengths (and a few of her weaknesses) but always making her utterly lovable and thoroughly believable. It has been said that her relationship with Guy is far more emotional and believable than any of Ace’s flings and for once that reputation is correct. This is not about lust although they clearly fancy the pants off each other but mutual respect and compassion. It’s about love.

The way Bernice takes on a whole gang of bandits with her akido is so cool. Guy thinks Bernice is beautiful and her smile is infectious. She is revealed as being very humane, volunteering to accompany Guy on a dangerous reconnaissance mission in case her medical services are required. Guy tries to keep himself busy so not to be distracted by her beauty. He loves that she understands him but doesn’t use that knowledge to manipulate him. When Guy admits that he is trying to court, Bernice is dumbfounded. Ace might have been the brief fling type but most certainly was not, no matter how cute he might be! She is an oddly independent woman. Benny’s birthplace is Vandor prime in the Gamma Delphinus system which was besieged by the Daleks, bombarded night and day. They killed her mother as she watched. With a skeleton dead for centuries Benny is a wonderful detective but talking to suspects was another matter altogether. She volunteers to be the first person on a night watch in case Guy decides not to wake her out of chivalry…ironically she does not wake him for his shift! She asks him: ‘Do you still say a man who believes in anything is a fool?’ ‘I believe in you.’ Bernice’s wit, wisdom and compassion, though sometimes distant, were at least always refreshingly honest. She had wondered on occasion what it would take to drive her to be like Ace. Killing Jeanne in cold blood would be too Daleky for her so she tells her of the coming massacre and the flames that will consume her. It is a shockingly unforgiving moment for Benny. Guy realises he will never have a peaceful life and to pursue a relationship with Benny risked exposing her to dangers and despair and the only way to avoid this happening was for them to stay apart. ‘She is but one woman. There will be others to be sure’ he tells himself but does not believe a word of it. After Benny is dragged into the TARDIS and forced to leave Guy to die the Doctor wraps her in blankets as shock takes hold and she shakes uncontrollably. She hadn’t realised that it was possible to feel so cold and lonely, with no other emotions intruding. She felt she’d never really leave this place behind, not inside.

Benny’s romance with Guy works so well because they are both written with such honesty and warmth. Their playful courtship is charming and her powerful reaction at the conclusion (‘We have to go back! I can’t let him die!’) is heartbreaking because they were so close to the sanctuary of the TARDIS. You feel for Benny far more than you ever did with Ace because her reactions are so much more believable, she doesn’t attempt to claw the Doctor’s eyes out for looking out for her, she calmly asks to be taken as far away from this place so she can rest and try and recover. 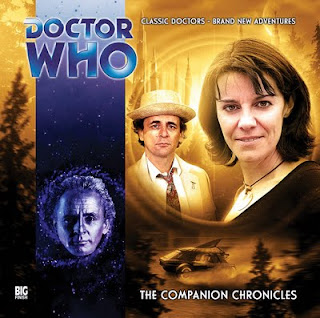 Foreboding: The events of this story lead to the recuperation in the next story, Human Nature…

Twists: Chapter One is a delicious historical bloodbath described with relish the way only McIntee can with action. The Jade Pagoda is the TARDIS life raft. Guy’s reaction to the Church about to burn down a Church with women and children inside as they believe they are heretics appals him. ‘We cannot interfere…’ Page 73 sees the burning of a heretic. Whilst aiding Benny’s escape the Doctor witnesses a man being strangled to death. Pages 144-147 are a thorough walk through the mind of arrogant and religious bigot Louis and his casual disregard of human life, offering heretics salvation in death, is horrifying. With Girard’s death the book becomes a murder mystery, not unwelcomingly. This is followed by the shock moment when the Doctor and Benny discover the Castellan hung. The Doctor’s investigation in the library, uncovering treasures considered heresy because they are produced by other philosophies than Christianity, is excellent reading. Guy running his sword through Phillipe’s head is enough to make Bernice throw up. Girard was hiding a human skull that he believed was Jesus Christ’s but in reality he was tricked into acquiring it by Louis and Guzman to prove the heretics were trying to discredit the Church. Robert the Apocathery is revealed as the spy for the Church, an underwhelming twist I thought until it revealed that Jeanne was the killer…she wanted the money from the skull to provide a better life for her children. In the blood soaked and adrenalin charged conclusion Guy fights his way to Bernice to ensure she reaches the safety of the TARDIS. In a bitter twist she convinces him they can escape in the blue hut the soldiers manage to separate them. As the soldiers start to carve up Guy the Doctor drags Benny into the TARDIS. The image of Jeanne screaming in her locked jail cell as the flames consume her is haunting. Guzman flinging his arms wide to God as people are being burnt and slaughtered around him is a potent image proving that the good guys do not always win.

Funny bits: ‘No man challenges the great God Qui Quae Quod!’ the Doctor bellows brandishing the sonic screwdriver but they charge towards him anyway. He activates the screwdriver and the horses flinch and throw all the riders!

Embarrassing bits: The first three pages constitute an abuse of the English language. The excuses to strip the Doctor and Bernice of the TARDIS are hideous. Far too much bizarre technobabble for a pure historical novel.

Result: A real winner, despite the appalling first 50 pages which flounder and feature some atrocious writing. As soon as the book reaches Roc it grabbed my attention and never let go until the shocking conclusion. McIntee plays to all of his strengths, lavishing attention on a fascinating historical locale, enjoying a number of deliciously bloody sword fights and punching us in the gut with another of his excellently paced and built up twists. The inhabitants of Roc really come to life and each one has a distinctive personality, so much so that the ever lingering massacre at the climax really winds you. The Doctor stands on the morally ambiguous lines of history whilst showing off some formidable detective skills. But this book is really about Bernice who has rarely been this well observed. Her romance with Guy de Carnac is beautifully explored and without any sleazy moments to spoil their charming courtship it remains one of the most successful love affairs the series has presented. The last fifty pages are absolutely nail biting and with powerful imagery lingering in your mind and your emotions exhausted, it succeeds as one of the best examples of its genre. One of the very few times I will not let the few niggling flaws of a book affect my judgement: 10/10
Posted by Doc Oho at 06:23