The Ancestor Cell by Peter Anghelides and Stephen Cole 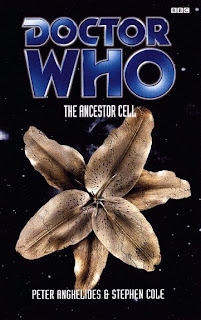 Plot: Has the Doctor finally succumbed to Faction Paradox? Is Gallifrey finally about to face its terrifying Enemy? Will Compassion be force bred into a new race of slave TARDISes? And will Fitz finally come face to face with the REAL Fitz Kreiner…?

Top Doc: You really cannot fault the Doctor’s portrayal here, especially his vicious condemnation of his own people, which feels perfect (“Why don’t you just do something?” he screams at their impotence). His disgust at hearing Romana’s title as War Queen was brilliant. He still has a morbid fear of hospitals. Is described as acquiring companions by dragging them into fearful situations and turning them into sheep. Sweetly, he kisses Compassion on the cheek when he thinks she is dead (and that he has failed her). His reaction at seeing the full horror of the coming War is terrifying. In book that is chock a block full of scenes full of the Doctor being forced to face up to his responsibilities, his reaction to the fate of the real Fitz is haunting. He allows Ressadraind to die rather than changing the past. The climax sees the Doctor at his improvising best, pretending to have succumbed to the Faction virus and grappling with Grandfather Paradox. His final option, destroying Gallifrey rather than allowing all of time and space descend into chaos, is utterly ruthless.
Scruffy Git: A universal roadie for a Time Lord who saves planets. “My friends call me Fitz so you can call me Mr Kreiner” (Sorry, I just loved that bit). He has it in him to be a great man and goes some way of proving it, recognising the fact that he is only a copy of his former self. The delicious moment when he is brought face to face with the real Fitz is pure drama, Father Kreiner spitting into his face that he is a fake to which Fitz responds, “You’ve fo

rgotten what it is to be the real Fitz Kreiner’. His chemistry with Romana is beautiful, she cannot stand him but unfortunately he is useful. He is the one who realises it was the Faction who really destroyed Gallifrey.
Stroppy Redhead: She has weapons, which she deploys mercilessly upon the War TARDISes that try and kidnap her. Described as the most precious weapon. She forces the Doctor to see the horrifying War he must prevent. When she is forced to shack up with other TARDISes she is confused and angry, alone among inferior machines. She tells Romana that she will never belong to her and that she feels like killing her for the pain she has put her through. She gets a glorious last scene though, after dropping off a war torn Doctor on Earth we see her laughing with delight at her freedom in the vortex, with her new companion (Nivet) inside her.
Foreboding: The climax of the book sees the destruction of Gallifrey, which will be a fixture of the series for some considerable time. The Doctor is left to recuperate on Earth where he will spend the next hundred years (and the next six books) whilst the TARDIS reforms itself. Compassion would return to the series in an age from now (Halflife) and Fitz will not be back for another five books.
Twists: Oh sweet Jesus where do I start. Compassion is surrounded by War TARDISes in the gripping opening. The Time Lords have become paranoid and fearful, creating nine replicas of their home planet to acts as decoys in the coming War and are utilises a Klien bottle universe as a possible escape route. The Edifice hanging over Gallifrey in the shape of a Gallifreyan flower of Remembrance is causing anomalies in the timelines. It actually turns out to be the Doctor’s TARDIS, in the shape of the flower to symbolise the third Doctor’s paradoxical death (in Interference). The TARDIS has taken it upon itself to store the poisoned timeline the Faction created and prevent the Doctor becoming a Faction agent but the resulting efforts to caused it to explode (The Shadows of Avalon). We find out that the Obverse (The Blue Angel) is created as a direct result of the events in Interference, space time degenerating into chaos, warping into rival universes that are linked by time corridors. Father Kreiner is snatched back from the bottle unive 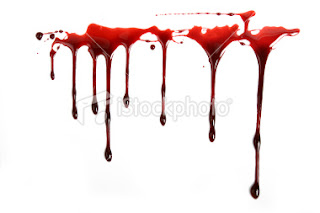 rse, to confront the Doctor and the fake Fitz and take his revenge but thankfully we soon realise there is still the old Fitz in there as he aids the Doctor at the climax. However a devastating scenes see him beg the Doctor to return to when they first met and prevent him from travelling with him in the TARDIS. The Enemy is revealed at last and it turns out they were created by the Time Lords in the first place! Spawned Ancestor Cells, super evolved by a leaking Klein bottle (which the Time Lords stole from Foreman’s World as an escape route) combined with chronon decay (caused by the Time Lords time travel over the millennia) mutated them into active beings inimical to life. It is horrifying to hear the Factions plan, using Greyjan (an ex President with access to the Matrix) and the Enemy (their first attack on Gallifrey causing enough energy for the Faction to utilise for their plans…) to gain a foothold on Gallifrey. This leads to open warfare on Gallifrey between the Chancellory Guards and the Faction and the materialisation of the Shadow Parliament in the Council Chamber. Romana has a Slaughterhouse set up containing weapons from a thousand War worlds. She has designed a sick weapon which force regenerates young Time Lords and uses the energy from that to attack the Enemy. Father Kreiner is shot in the stomach. Tarra is skewered by a Spider. The final wrenching twist comes when the Doctor is forced to accept the lesser of two evils. The Faction has control of Gallifrey, already the population is being tortured and killed, we have already seen plenty of demonstrations of their love of chaos in the timelines. To spare the universe of their evil, the Doctor wipes out Gallifrey, taking the Faction, their War Fleet and all their temporal jiggery pokery with it.
Funny bits: When the Doctor hears all of Romana’s many titles he hopes she has badge big enough to fit them all on.
Embarrassing bits: The Faction wanabees are desperately sad. 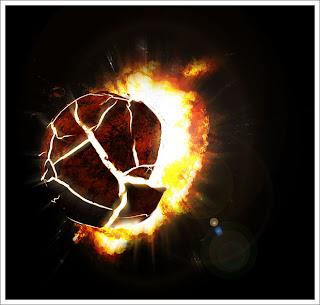 There are few places in the book where it gets so bogged down in complicated explanations there is little room for any actual events.
Result: A chaotic book, needlessly complex but full of fabulous ideas and ridiculously entertaining throughout. Considering what it has to achieve, it dovetails loads of stray plotlines together really well and nothing seems to have been forgotten and for a long term reader there is much here that is rewarding. I loved the pace of the book and found many scenes to be exhilarating and dramatic. Saying that it threatens to lose the reader under too much continuity in spots and the ending does feel like things have gotten out of control for the writers and they wanted to sweep the whole lot under the rug. The writing itself is pretty basic but the dialogue is scorching and many long awaited character confrontations are as electrifying as they should be. It needs one more draft to make it truly excellent (there are some bizarre plotting choices, hopping from one location to another, from one plotline to another) but I have to admit I raced through it in less than a day and found my excitement mounting exponentially towards the climax. A fascinating end to an uneven era, which encapsulates the best and the worst of its period: 8/10
Posted by Doc Oho at 07:12