Plot: Ship travels through time seeking out people to absorb into its memory. The Doctor, Ace and Benny are scattered through time, alone and having to cope with the horrors of the past. Who is responsible for these dangers…who has unleashed a time machine which rips holes in the fabric of space and time…?


Master Manipulator: I don’t know how Kate Orman does it but she seems to understand the seventh Doctor better than practically any other author. She can focus on all of the aspects of his personality that really make me grind my teeth and pull them off almost casually and effortlessly. In her very capable hands he is manipulative, dangerous and callous but he is also gentle, impish and adorable. It pleases me to see her name in the range another four times before the end of this range. Here his companions think he is a total bastard…but they love him anyway and it feels like the most natural thing in the world.

How dare someone muck about with his universe? He is unstoppable and unkillable. The only way he would die is if he planned it himself. Sometimes it was pleasant to let things take their own course, to not plan every minute. Normally he only slept one hour in every 48. Time is a Mandelbrot Set with the Doctor’s name on it. It is suggested to Benny that perhaps the reason he hurts Ace is to give him some control. She fights back saying he doesn’t hurt anybody because he wants to. He always sees the best thing to do – the right answer. So he doesn’t have any choice. How can you have free will when you know the future? For an ageing hippy the Doctor has know a lot of soldiers. He admits: ‘I put things right. When someone comes from outside history and tries to derail it, I put it back on course.’

Boozy Babe: Benny has become part of the invention of archaeology! She holds onto the Doctor’s battered fedora, claiming: ‘It’s all I’ve got left.’ She had never had a proper goodbye from her father. He had gone away and never told her if he was alive or dead. She travels with the Doctor because she wants to see the universe. She promises to look after him and not let him manipulate her.

Oh Wicked: The best showcase for Ace in the novel range, appropriately so for her last book as a regular companion. I have never made me distaste for Ace in the New Adventures remain a secret but I can tell you if she was written as well as this for the last 40 odd books I wouldn’t have had a single complaint. My biggest hurdle was the inconsistency in her character. During the ‘Time Meddler’ arc (or whatever it might be called) she was just a joke, full of hate and anger, hurting people physically and emotionally and doing it with a smile. This was supposedly wrapped up in No Future but it didn’t really feel as though the Doctor and Benny were Ace’s friends still. Their chemistry was non existent and from book to book Ace went from being kinda nice (Theatre of War) to being a Ripley-esque bully (All Consuming Fire). The last three books have seen an improvement but then the horrors that are inflicted on the three of them in Falls the Shadow, Parasite and Warlock would make companions of anybody. Kate Orman has totally control over the character here, and perhaps it is because she is being written by a woman but she manages to make her burst from the pages as a rounded, opinionated and yet sensual and emotionally character. I would have loved to have seen more of this Ace. The range has desperately needed to move on from the TV series for a long time so her departure here shows a massive step in the right direction. This book should have taken place about 20 books ago, that’s all.

In ancient Egypt Ace becomes one of Sedjet’s bodyguards. She has come to realize that hurting people to prove you are capable is childish (I cried with delight at this line!). She wants to know why it doesn’t hurt when she believes the Doctor is dead. Ace also works as a waitress for a while, mirroring her old jobs. Ace was always dependant on the Doctor and he could make her do what he wanted. She can’t move without him. What is the point of love if it isn’t forever? With her father, Jan and now the Doctor dead Ace realizes she is finally free of love and surrenders herself to fighting. She was going to be history. She is described as an unsheathed knife. There is the most extraordinary moment when the Doctor and Ace are reunited when Ace hug close to the Doctor and she breaks down in front of both Benny and the Doctor, a rare moment of weakness. They have a pillow fight that has to be read to be believed. The Doctor tells Ace: ‘You’re old enough; you’ve experienced enough to make your own decisions. I’m just glad you’re on my side.’ Ace is starting to see the patterns in time the way the Doctor does. She has killed 399 sentient individuals. Page 220 where Ace has to decide whether to kill the Doctor or not is nail bitingly good and reminds of the history between these two characters. Ace and the Doctor hold hands while they sleep once the adventure is over. She wants to leave the TARDIS to fight for a cause she believes in. She wants to marry someone like the Doctor, only more handsome. In her most adult moment yet, Ace corrects Benny: ‘It’s Dorothy actually.’ 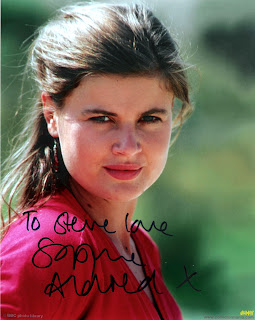 Twists: The first chapter is astonishing – a ship hijacked in hyperspace by a flying ant farm. The ship is organic but populated by metal ants. The ants are stealing people’s minds, trying to get to the Doctor’s but he is faking a catatonic state, constantly trying to escape. The ants are just the ships hands. ‘And bit her spinal chord in two’ – the arresting opening ends on a shocking note, subverting everything we have already read. The café – a single space time event, repeated over and over – something has punched a hole in space time. The culprit: Kadiatu and her cobbled together time machine. Sedjet’s plane is invaded by ants in a tense moment. Ship is from far in the future – an Earth colony was destroyed and they decided to leave before it happened. Their bodies were dying and only their minds could be salvaged, stored in the gestalt of the ships computer. All Ship knows how to do is assimilate people and Kadiatu’s time travelling has opened portals to further material to be processed. It will not stop until it has processed everybody in time. The Doctor is kidnapped and taken to Ship for conversion but he manages to cause the ships nervous system to collapse.

Funny Bits: Ace thinks it is hilarious when she discovers the Daleks have been to the Pyramids! She admits: ‘I’m too well known. I’ve lost the element of surprise. And I’ve lost my novelty’ – possibly echoing the sentiments of many readers!
Hilariously I was getting fed up with all of the dream sequences in this book (especially for such a short book) and during a dream sequence Benny asks: ‘Couldn’t we just get on with the story?’ which is followed up with the brilliant: ‘Space/time broken like a sheet of safety glass, full of cracks. Dreams can trickle through those breaks.’
Page 165 – the note Ace leaves Benny – is lovely. That’s the sort of thing the NAs would do that the EDAs wouldn’t.
Benny: ‘I flatly refuse to throw up. I deny all nausea. Otherwise I’m going to be useless for the rest of this adventure.’ After the dangers of the previous three novels, that really tickled me.

Embarrassing Bits: What is up with that awful cover?

Result: Beautifully written, Ace could not have asked for a better swansong. It is so nice to get back to the character dynamics that should be driving this series and the exploration of the three regulars makes this a very powerful novel. The plot is driven by some meaty ideas and the scale of the book is huge, crossing both time and space to bring the Doctor, Ace and Benny together again. Things I have wanted discussed for a long time are finally brought to light (the Doctor’s manipulation, Ace’s anger) and Orman deals with them eloquently and with much insight. What it boils down to is Ace’s understanding of the universe the way the Doctor sees it and I cannot think of more touching way to end their relationship. The first thirty pages are brilliantly disorienting and the last chapters really choked me up. Ace was overused and ridiculously manhandled in places but she exits the series with a lot of dignity and maturity: 9/10
Posted by Doc Oho at 22:28