Plot: Recovering from their experiences in war torn France, the Doctor and Bernice recuperate in England 1914. Tired and frightened of what he has become the Doctor chooses to live the life of a human being for a few months. Bernice builds a life for herself whilst John Smith falls in love with teacher Joan Redfern…

Master Manipulator: We follow the best Benny book with the best seventh Doctor book. This novel lives and breathes his character, despite the fact he only appears at the beginning and the end. John Smith is such a terrific invention and his slow realisation of what he really is takes the reader on an incredible journey to discovering who the Doctor is and why he behaves the way he does. Moments of this book touch on utter perfection when handling his character.

John Smith is a delightful character, absent minded, cheeky, emotional, witty, frantic and terrific fun to be around. He interferes in other teachers lessons; he couldn’t help but laugh when Mrs Denman stated Darwin’s theories were unproven. His banter with Joan Redfern is delightful and they banter together like children. Joan is so full of life she makes Smith want to write. Hilariously Smith thinks Joan doesn’t like him because she always beats him at whist and wants to cook him dinner to show off! He practices kissing on a tree! Their first kiss, leaning in as they both tickle Wolsey’s belly is just wonderful. Bernice thinks he did it for a change, to take a holiday from being him. Smith and Joan hold hands in a sunny meadow, eyes closed and listen to birdsong. Smith would rather change his ideals than make Joan change hers. Blackberry jam and marriage, the pair of teachers are blissfully happy together (their talk of marriage and cocoa is, for once, a delightful fan touch). He hunts obsessively for an umbrella but cannot think why. He desperately wants Joan to stay the night but knows it is a dangerous though. He wishes he wasn’t so odd, oblivious to the fact that that is one of the reasons she adores him. The crux of the novel comes when Smith with Benny at one shoulder calling him ‘Doctor’ and Joan at the other calling him ‘John’ has to choose between the gun and the umbrella. ‘I know he’s real’ he admits of the Doctor ‘He wouldn’t kill them, would he?’ Smith just starts getting used to the idea of being the ‘universal righter of wrongs and protector of cats’ when he discovers the Doctor has two hearts but no capacity to love. He decides to give the Aubertides the biopod. Smith clutches at a memory of a mentor sitting alone on a mountainside. He admits to Joan: ‘I’ve gained so much being human, I know I have. Because I have you. And the Doctor didn’t.’ Gleefully they pretend they are already married. The Doctor is like Smith, only inhuman and dangerous. He loves greatly but not small-y. When Smith decides to sacrifice the Doctor for Joan it is such a big gesture it makes him, in her emotions, every inch her husband. After Smith is shown a vision of Gallifrey where the Aubertides have invaded and are murdering the population for the secrets of the Matrix, he declares; ‘It’s too big for me to care about. I can’t care about everything!’ Smith realises being the Doctor is about not being cruel and not being afraid. He loves Joan so much he becomes the Doctor again to save her, sacrificing their love for her life. The Doctor admits to Joan he dreams of one day ending his travels and allowing himself to experience dangerous love. Joan gives him Wolsey to look after him. Alone in the console room, Wolsey spots the Doctor weeping for his lost love.

In the most beautiful moment of the entire range we discover why the Doctor has become human: ‘I found I was hurting people terribly. I’d climbed back on the wheel. Become a bully. Which is why I decided to stop.’ How could you not fall in love with the man after this admission. Astonishing characterisation.

Boozy Babe: Bernice works so beautifully as the seventh Doctor’s sole companion, doesn’t she? What a shame they didn’t have any more time alone together as they are clearly made for each other. She opens the book trying to recover from her heartache surrounding Guy but the Doctor is acting sad when she needs him to be happy. She had long ago made the decision to sacrifice any chance of trim thighs to enjoy beer. Through the eyes of Bernice on her bicycle, Cornell manages to populate Farringham economically but vividly. She has spent so much of her life alone. Alexander comforts Bernice: ‘Just because you and I have lost our sweethearts, don’t lets get bitter, eh?’ Benny hates combat and hated people who played it for a living and got close to enjoying it. She wouldn’t change one lovely inch of herself (and neither would we). As Hutchinson and his gang close in on Greeneye, Lord of the Flies style, Bernice throws herself on him and declares ‘Nobody else dies!’ When Smith admits he wants to save Joan as himself and not the Doctor, Benny kisses him on the head and admits, ‘You’re beautiful.’ With both of their hearts broken, the Doctor and Bernice relish the warmth of their friendship and close the book closer than ever, walking into town for tea and crumpets. The way Benny does not force the Smith to become the Doctor not matter how much she wants him back says so much about her character.

Twists: So much of this book is based on character twists as listed above but here goes… Greeneye pretends to be the Tenth Doctor (oh the irony!) to trick Benny into telling him where the biopod is. Benny being pursued through the woods by the red balloon is a disturbing image. Tim’s character arc is very revealing, from bullied worm to a strong objector, the biopod whispers intriguing secrets about the Doctor’s character to him. Smith’s children story features an inventor who creates the planet of Gallifrey but gets bored and runs away from the people there. The scene where Tim is hung out the window made my breath stop, the gift of a respiratory bypass system from the biopod a fabulously unexpected moment. Alexander looks into the history machine and sees his lover choking to death on poison gas. The Aubetides can eat anything organic and duplicate the matter. From one cell they can take on the memory of what they eat. The Aubertides want the attributes of a Time Lord, 13 lives to have children and let the family grow until they can take on entire worlds. Time Lords often long for different lives and the Doctor walk straight into their trap. With great sadness on his shoulders he wanted to become human. They granted his wish and planned on picking up the biopod full of Time Lord biology. Rocastle is a deeply conflicted character, occasionally uncomfortable to read about. The Aubrtides besiege the grand Hall in a top dramatic moment. In a gory moment Phipps head explodes. Aphasia is killed and consumed by the family. The Aubertides release a fusion bomb which devastates the town. The TARDIS is described as magic in the corner of a cold world. 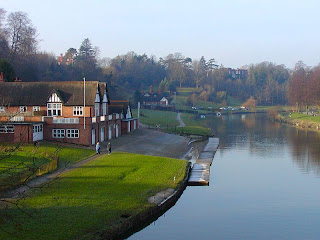 Funny bits: Smith pulls out a pink fluffy slipper to administer a beating to Tim.
Okay it’s not in the book but the first time I typed Aubertides it tried to turn it in Aubergines!


Result: What a run of form for the New Adventures. Human Nature is adored by a certain group of fandom and I have to join them, after the bleakness of so many of these Virgin novels Human Nature reads like a heart-warming and deliciously told fairytale. It is a book which cherishes life and explores love and identity in incredibly profound ways. It gives us John Smith, a delightfully eccentric and wonderful man and explores his touching and witty romance with Joan Redfern. The TV episodes and Father Time (both similarly excellent) have provoked comparisons but this was the first time anything like this had been attempted and it is a total success. Cornell has never been about plot and once we are a third into the novel it rattles along in one evening for the rest of the book but which gives the second half an incredible sense of pace and urgency. The accomplished prose sings and at moments the dialogue gave me goose bumps. With Sanctuary this forms a peak of quality the rest of the series would have to live up to, the team of the Doctor and Bernice once again proving to be the highlight of the range. I read this in one morning, unable to put it down as Smith faced up to fact that he cannot hide from who he really is. I don’t give a stuff about canon, this and the TV version are completely different beasts and they are both fabulous: 10/10
Posted by Doc Oho at 06:19