Autumn Mist by David A. McIntee

Plot: Sinister happenings are afoot in 1944 as the bodies of dead soldiers are vanishing into thin air. When the Doctor, Fitz and Sam are separated during the fighting they have to seek out the truth in a situation where nothing at all is how it seems…

Top Doc: Surprisingly muted actually, almost as though McIntee could not get a good grasp on his character with so little visual/TV to refer to. It is left to his good looks and charm to represent his character and once again it lands him hot water. What shocked me the most was his lack of reaction to the news of Sam’s death, here is a man who travelled solar systems to find her once before and he reacts to the news of being shot through the heart with barely a shrug. Similarly her decision to leave is cold and leaves little impression. These are BIG developments and should have (and could have) been far more dramatic.


Friend or Foe: Remember what I said in War of the Daleks, if Sam is the best character in the book then run for the hills! This is her penultimate adventures so we deserve some reflection and Sam comes to the conclusion that she has been *****ed about with so many times since she met up with the Doctor that she doesn’t know who she is anymore (and that there is little of the original Sam left…). I did like the scene where she realises that she will die and become a footnote in history, one of those people she read about at school.


Scruffy Git: A huge missed opportunity, as this is clearly an era that Fitz has strong feelings about, being bullied about being half German at school. There is none of the anger release or examination I wanted, Fitz is just Fitz basically. His awkwardness around Sam after sleeping with her counterpart is nice and he does a passable Sean Connery impression but overall I was left with the feeling McIntee could not get into his head and as such it is the weakest version of his character yet.


Foreboding: The TARDIS keeps landing on Earth and the Doctor cannot understand why or stop her. Fitz ends up working (against his will) for a brainwashing militaristic power again…we will make it a hat trick for the next book! Sam being shot dead is a frightening premonition for her eventual fate, revealed in Sometime Never.. and The Gallifrey Chronicles. The Doctor still isn’t casting a shadow. 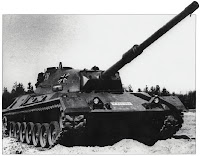 Twists: The TARDIS crew are bombed within minutes of landing! Equally shocking is the soldier who is driving Sam’s care having his head explode in a shower of bullets. Sam getting shot is one of the few moments I woke up during the middle of the book and it does make you think things here could have some terrible consequences but her rescue by the Sidhe is irritatingly predictable. From nowhere the Beast (from The Taint) is shoe horned into the plot but since we know it wrecked havoc on the Earth it is hardly surprising that it gets away at the end. Sam’s decision to leave is a surprise, simply because it feels as though she has been around forever.


Embarrassing bits: This a great setting but it is woefully misused. You could write a tragic/shocking/heartfelt novel set in the Second World War but you would probably call it The Turing Test. The Midsummer Nights Dream references are cute but they really do feel as though they are attempting to drive intelligence into a pretty dull story. Oberon is dispatched with pitiful ease.


Result: Bland, clichéd characterisation and sluggish, awkward prose combine with a woefully inadequate plot to make this one of the weakest EDAs yet. It tries to mix the militaristic and the magical but the writer doesn’t have the skill to pull it off (weird because he does so wonderfully in The Eleventh Tiger) and the result is deathly shallow and worse, boring. This was coming out when McIntee was churning out book after book and his natural storytelling capability was bleeding dry, he doesn’t even get the regulars right here which is usually a given in his books. I cannot remember being excited once during this read: 2/10
Posted by Doc Oho at 22:39