Casualties of War by Steve Emmerson

Plot: It’s 1918 and the Doctor arrives in the small village of Hawswick under the pretense of being a Man from the Ministry. There he discovers horrors are roaming the simple countryside, dead man are walking, animals are being slaughtered and a lonely woman is crying out for some comfort in her life…

Top Doc: Continuing the outstanding portrayal from The Burning we get to see the Doctor begin to discover himself again and as Mary falls for his charms and mysteries we find we are too. He is described as an avid admirer of all things beautiful and Mary finds him a man of vast complexity; mysterious, handsome, unpredictable and dashing. A powerfully attractive man. At one point the Doctor stares into a mirror as though mystified by what he sees. He is keen and sharp, inspiring confidence and immediately recognised as an Important Bloke. The Doctor is clearly aware of Mary’s attraction and seems to encourage it for a while but when she confronts him he is more like a little boy who has captured the attentions of a young girl and isn’t sure to deal with such an adult concept. He is also intensely private man and Mary realises with some sadness that she will never unlock all his secrets. Is said to run on invisible fuel that never needs topping up. When asked why he isn’t fighting he replies “Perhaps I have fought my War already.” He has a few flashes of memory (Nitro Nine/The Terminator). Sweetly, the Doctor buys Mary snapdragons and sweetpeas when he leaves her, a touching reminder of their most intimate night together. 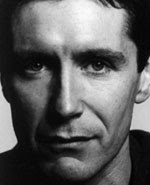 His journey through the 20th Century really feels like a journey for the character and it is fantastic that we have returned to the central mystery of the Doctor and his relationship with the people he meets. The eighth Doctor has never felt more Doctorish and compelling than he does at this point when he is cut off from everything that actually makes him the Doctor. Strange, isn’t it?

Foreboding: Mary discovers a note in the Doctor’s pocket…’Meet me in St Louis, February 2001. Fitz.’ More fascinating developments with the TARDIS…described as solid, immaculate and smug and draws the dead soldiers in with its power. Mary touches it and senses a great deal of pain, its recuperation obviously still in progress. Brilliantly, at the suggestion this might be a sentient creature the Doctor is genuinely surprised.

Twists: There is another sit up and notice opening, with two men exploring the cellar of the hospital only to be shot in the face. The First World War is captured with real pathos, described as a world gone mad. The second Mary meets the Doctor her world stops turning and they enjoy some playful banter. The scenes in the clay room are really disturbing, soldiers externalising their inner pain and creating creatures of infinite deformity. The hilltop picnic is beautiful. In a twisted moment a smitten Emma Braithwaite goes to ask out Corey on a date only to find him wrapped up in a blood soaked bed with a hole in his head. Skaggs discovers a tree full of dead things, slaughtered animals dangling in the breeze. He is surrounded by walking dead soldiers and puts a bullet through his brain. There is a flashback to Davies breakdown, which is truly harrowing to read, as his German friend is killed and he viciously beats a fellow officer. The scene on the landing is electrifying, Mary drunk as a skunk and desperate to drag the Doctor to her bed and for a second he seems to consider this before slumping off to his own bedroom. Cromby’s solution to his problems with his barn is super cool, he sets up his armchair and a cup of tea and sets the barn ablaze, waiting for the phantoms to attempt their escape and then blows them away with his rifle. The Doctor is tied to a clothes line shot several times. The final revelation, that Banham has been unleashing lashings of psychic energy when exorcising the evil trapped in the soldiers and creating harmful phantoms brings home the power and fear that the War can bring about in people. The Doctor, Mary and Briggs are transported into a nightmarish Neverworld at the climax and forced to fight their own private war with an eight-foot clay creature. The story ends on a high note, the Manor raised to the ground and the Dark forces pouring into the sky. 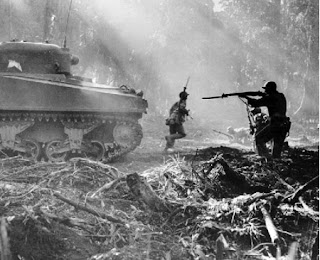 Result: A debut novel to be proud of and a book which continues the Doctor’s 100 year exile with something very special. The story has a quartet of characters (Mary, Cromby, Briggs and Banham) who feel so real they bring the story alive with their thoughts and feelings. It’s a horror story with some real scares, potent moments that will leave you terrified to turn the light out and it isn’t afraid to examine the war with some psychological depth. The prose is gorgeous throughout and the setting comes alive in vivid detail. The real heart behind the book is the Doctor/Mary relationship which is in turns playful, awkward and heart-warming. It is a little light on plot but after some of the complex plotting of the Faction Paradox arc that comes as a most refreshing change. This is a novel about people and on that lever it is a total success: 9/10
Posted by Doc Oho at 09:24