Master Manipulator: The Doctor is said to examine things like a kid in a sweet shop. Looking into his eyes gave the feeling of immense forces stirring, a conflict of which he was the champion. In a very sweet gesture the Doctor promises to bring food for the starving Edi from time to time and you know that he means every word of it. He opens a shop called Doctor Smiths Pies for All. Benny was beginning to wonder if the Doctor was going to tell her anything at all. But then that was the Doctor, you worked with it, you put up with it. Presumably he did know what he was doing; he just didn’t like sharing that knowledge with anyone else. It was irrational but the Doctor felt personally responsible for all the hurt and he felt the need to repair some of the damage.

Boozy Babe: Confident, modern but not that young. She is brainwashed into recruiting and in a oddly muted moment betrays the Doctor, leading the enemy straight to him. Her condition is broken when she sees a child literally torn to pieces. The image of her crumpled in the TARDIS doorway, blood running down her face is a potent one. Half a million children being abducted does not disturb Benny but the fact that it doesn’t disturb does disturb her.

Stroppy Copper: Once again it is Roz who is treated the strongest characterisation of the newbies. It’s almost as if the writers are preparing us for the fact that she will be the first to leave. She looks like someone who knows her place in the world and doesn’t take orders from anyone. Roz promising to find out what happened to Gabrielle is an incredibly humanistic gesture that shows how far we have come since the gung-ho Ace era. Roz is clearly affected by Amalie’s death, so much so she wants to violently convince the Doctor to taker her back to save her. She is so unaccustomed to racism it takes her an age to figure out why people are treating her so oddly. The sick behaviour she is treated to on the train (‘Darkie’, ‘They smell, you know?’, ‘Where is your Master?’) would be enough to make anyone see red but Roz, suddenly realising that it is the colour of her skin that is offending so many people is speechless for the first time in her life. She wanted to go home; she was tired of finding out things hadn’t been invented yet. She wanted to get back to a place where things worked the way she understood.

Puppy Dog Eyes: Gentle, naïve and confused. Chris actually leaves this book quite a resourceful chap. He proves effective in action in several scenes, in particularly taking control of their rapidly plummeting aeroplane. He also manages to calm Roz down during several potentially explosive moments. We still haven’t seen what makes this boy tick though, what he believes in, what he thinks of this time travel lark. Is it that Roz is just more interesting?

Twists: A surreal opening sees teddy bears kidnapping children, brilliantly surreal in a way Doctor Who specialises in. Josef’s story (a Jewish family living in Germany) reminds me of Markus Zuzak’s Book Thief in all the best ways. The Doctor and Roz comforting the mothers of the missing children is a poignant and heartfelt opening to the story. A séance leads to a ammunition shell exploding in the middle of the drawing room. In a top dramatic moment Amalie decides to help Chris and Roz to escape and steps in front of a bullet to protect them. They try to save her but the resources available aren’t good enough. In a gloriously cinematic moment Chris and Roz’s plane is shot at and the pilot is killed…Chris makes it to the cockpit as the plane nosedives and drags it into the air, bullets spraying into the body of the plane. 2,846,1452 have been killed in the Recruiters scheme. 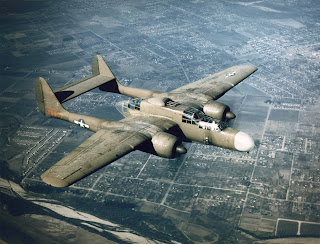 Embarrassing Bits: We get to join the kids and their war far too early. We barely have time to feel surprised by their abduction before we realise they are alive. I had to read the Recruiter’s plan three times before my mind would believe this was where the book was heading: he was kidnapping children to perpetuate a war which would stimulate technological advances to free itself from the planet. That’s what this book was all about? Putting aside the horrid flaws in this scheme (brainwashing the kids means that any mental ability is squandered thus making technological leaps impossible) it is such an underwhelming concept. Similarly ludicrous is the idea of transporting 5 million children and using their energy signatures in buffer to knock planets into suns and wipe out other races. Or something. The Recruiter clearly needs a Dave Stone chip installed…something to stop it from going mad with its imagination.

Result: A sensitive and poignant opening few chapters leads into another disappointing novel, frustratingly so because many of the elements are very good indeed. Leonard’s prose is superb, very polished in places and capable of planting the reader into a scene with stark vividness. It took me 10 days to read Sky Pirates(!) but it only took me three hours to plough through Toy Soldiers. Seeing the regulars through the eyes of the guest cast is pleasing, although Benny and Chris are rather underdeveloped. There a quite a few exciting and perceptive moments but the book is not sewn together with any skill. Things happen, the Doctor trips on the enemy and casually talks him into stopping the war and the countless deaths go unpunished. I got the feeling Leonard was bored with the book and typed up the conclusion in few minutes. It doesn’t help the potentially gripping idea of kidnapping children to go to war is squandered on one of the most brain meltingly ridiculous schemes the series has ever offered. Like so many of these New Adventures it ends up delivering far less than it promised. Unmemorable: 5/10
Posted by Doc Oho at 00:30