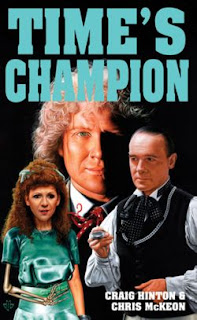 Age: 35
Tell us a little about yourself: Pub quiz genius, pop culture junkie, sports freak and still a prototypical 90s slacker in my mid 30s. Contributed a story to the Craig Hinton tribute volume Shelf Life.
What Doctor Who book are you currently reading: Erm, I'm not due to the fearsome nature of my non-Who To Read pile. Last one I read was Time's Champion though.
What I love about Doctor Who books is: At their best they've aspired to be more than hackery draining the pounds and dollars from the pockets of willing fans. They've looked for interesting and unexpected things to do with the Doctor, often things that couldn't be done particularly well in other media. And for well over a decade they were the ongoing story of Who.
What frustrates about Doctor Who books is: That some authors who seemed to think there's a template for the average Doctor Who story.
My favourite Doctor Who book is: Changeable. One from Conundrum, Managra, The Also People, Human Nature, The Blue Angel or Time and Relative.
Because: They're all vastly ambitious. They take intrinsically fascinating set ups and proceed to twist said scenarios into interesting and unexpected shapes. And they're all wondrously good writers.
My least favourite Doctor Who book is: Shadowmind.
Because: There are many, many worse books from a technical point of view, or what they failed to achieve with their components. But none of them were quite such a struggle to overcome reading inertia, seeming to be cursed with a spell which diverted atention away from the pages. Although Coldheart came close. It's the only NA I've not reread because it's so resolutely bland despite an agreeably strange set up. 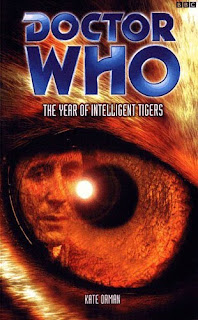 Favourite covers: The Telos limited edition covers were generally things of beauty. Millennial Rites, the magnificently flamboyant Mad Dogs and Englishmen, The Turing Test, Year of Intelligent Tigers, The Infinity Doctors, Anacrophobia, Interference's cover's a lovely bit of design work. History 101 is a great cover which managed the difficult job of illustrating the main themes of the novel. The Taint and The Domino Effect are a great concept covering a disappointing novel. There's a fair few Targets too, of which Ghost Light is the finest. Wonderfully moody.
Least favourite covers: No Future and Set Piece just look shoddy and amateurish. Otherwise I'd be more critical of design flaws - the NAs initially suffered due to the insistence that they had to portray an actual scene from the story, the PDAs were lumped with a nasty 'Doctor's head in a swirl' design which was tough to do anything interesting or memorable with. And I'm none too keen on the current range's design with two thirds of the cover taken up with Doctor/Companion photo and logo. Oh yeah, and the Target photocovers which redefined blandness.
My favourite Doctor Who author is: Toughie - probably Paul Magrs at the moment.
Because: He has his own idiosyncratic version of Who, as clear a vision as any Who writer's ever had. And it's different to any other writer you could come up with and somehow very, very right. He's a formidably talented and immensely witty writer (as you'll see if you read his non-Who fiction) and has the vision to explore possibilities that other writers wouldn't see, and the talent to exploit them. It's saying something that his novels are amongst the strangest things published under the Who banner.
My least favourite Doctor Who author is: I'm diplomatically avoiding naming names on this one because it encourages mean spriritedness to a subject I'm passionate about and because he likely as not isn't around to defend himself. And I've done that once already.
Because: Said writer utterly seems to be one that range editors turned to when they were desperate to fill a space in teh schedule. Consistently dull, cliched scenarios, characters who aren't strong enough to be called cardboard, hopelessly unrealistic dialogue, poorly told stories which plod along seeemingly just to fill a wordcount... all the traps of bad writ 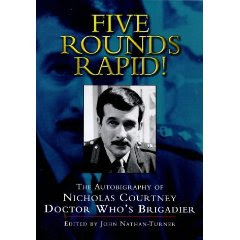 ing are seemingly a checklist to be checked off for the author when he's flexing his typing fingers.
The funniest moment in Doctor Who fiction is: The twenty questions at the end of The Blue Angel. If you have to ask why, you probably wouldn't understand, but it's a quite wonderful undercutting of a line from the classics that's always grated on me. Or No Future's 'Chap with Wings - five rounds rapid!'

The scariest moment in Doctor Who fiction is: Probably when I consider how much money and time I've invested in it! Or quite possibly everything in Dmaaged Goods once events each critical mass
How do you select which book you are going to read: If I've read it or not, which usually means it's the new books. Or if I've seen some criticism which has made me rethink my opinion of a book, I'll often try to go back to see where I might have been wrong or may have changed my mind over the years.
Where/when/how do you like to read: As often as possible, it usually ends up being lunch break in work or curled up on the sofa or in bed. I do like peace and quiet though, music tends to distract my attention.
Best novel Doctor: At his best, the Seventh. Probably for what the NAs represetned to me he'll always be the definitive literary Doctor. 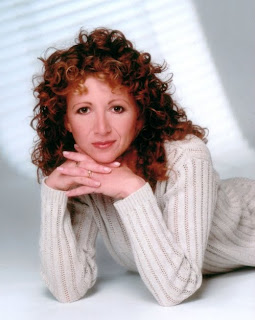 Best novel companion: Oh easy, Benny. Struggled for a decent characterisation for much of the first year after as strong an introduction as any companion's had, but let's put it this way, she's been in print/audio constantly for seventeen years. I'd say that's a sign that Benny was a companion done very, very right. Mel's been strengthened immeasurably
Worst novel Doctor: Second, there hasn't been a definitively great Troughton book or short story. Possibly because a lot of the character's appeal lies in the performance, and no-one's quite distilled that essence into print, although a few have come close and got elements of the character right.
Worst novel companion: There was obviously a backstory lined up for Trix but it had to be wrapped up almost indecently quickly due to other concerns. Could've been intersting but never had the chance. Otherwise, a lot of the TV companions who were simply template companions for the Doctor on screen didn't work in print either.
Most overated Doctor Who author and why: What, one that I don't particularly care for that other people do? Difficult. Um, Steve Lyons because he consistently comes up stories that make me wonder how the hell he came up with them and then made them work (not every time, but most of the time).
Most underated Doctor Who author and why: Probably Andrew Cartmel, although Atom Bomb Blues isn't great. The War trilogy is the ultimate evocation of his vision of the Seventh Doctor and doesn't shy away from the consequences of the master mainpulator's actions, both seen and unforeseen. Or Paul Dale Smith, simply because I don't understand why the wonderful Heritage gets overlooked, plus The Many Hands is one of the best TDAs. And there's a scene in THe Book of the Still , in which the Doctor dances as a world ends, which is as perfect a Doctor Who moment as there's ever been. But I'm not saying Ebbsy as it'd only go to his head.
Which Doctor Who book do you wish you had written and why: T 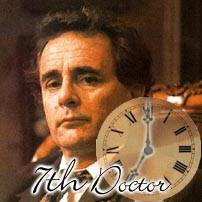 imewyrm: Revelation. No, it's not even close to being Paul Cornell's best book, and, as with all good writers, he's improved vastly since, but it's probably his most passionate work. No, it's because it changed everything about literary Doctor Who fiction. It was the first novel that sought to play to the strengths of the medium rather than just be 'another exciting adventure with the Doctor' that could've been on telly. It was Peter Creegen's vaunted 'Doctor Who for the 90s', written by someone of my generation for my generation. And all of a sudden writing for Who didn't seem like a distant near unachievable dream for fans. It's as key to the NAs as Alien Bodies is to the EDAs. If you weren't there, it's almost impossible to convey how exciting it suddenly seemed - an infinity of unexplored horizons and possibilities opened, all impossibly thrilling. It opened our minds. If you came to it later it's not going to have anything like that impact, you'll have seen all the tricks in it a hundred times in other works since and the pop cultural references that seemed a statement have dated badly and probably make it seem more of a period piece than anything from the original TV series. But it was exactly the right book at exactly the right moment
Posted by Doc Oho at 08:20