Plot: The Players are back and this time they have decided on an endgame, uncaring if they tear the world apart in their struggle. The Doctor is slowly getting bored with the human race, of Earth, of the endless repeating conflicts…how on Earth will he react when he realises he is one of the Players pieces…?

Top Doc: Oh dear. And it was going so well. There isn’t anything instructively wrong with the Doctor’s characterisation here, and indeed his violent behaviour and severe disinterest in human behaviour marks this out as one Terrance’s more interesting stabs at a non-Pertwee Doctor, but compared to the complex work done with his character in the past four books it pales into insignificance. There is a fair stab at trying to capture the Doctor’s depression and nonchalance. He sat their motionless as the darkness gathered around him…what a disturbing image of our once brave Time Lord, lurking in museums and library, pushing away adventure and excitement because he cannot be bothered to fight any more causes. This certainly is a new look for the Doctor, one who doesn’t care about politics, or the life of one man and will only get involved when his blue box is stolen and used to blackmail him. It is in this book that he realises he hasn’t aged a bit since waking up on the train carriage. In one the books more fascinating sequences (alas written by Justin Richards to fill some page space) the Doctor is offered his memories back and he declines, fearing that the knowledge will be too dangerous. But in the end of the day a bored Doctor makes for a bored reader and he, like me, seems to be on the periphery of the story, rushing through it so he can get on with something more interesting. 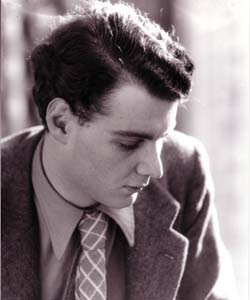 Foreboding: The TARDIS is starting to regain some its detail, there is some lettering starting to appear and it now has a texture, like woodgrain. The Players would return again to haunt the sixth Doctor, which paradoxically was published before this. In publishing terms they will return to fox the second Doctor in World Game, which ironically in canonical terms takes place before this. But concerning the Players it takes place after this. Gah! I need an aspirin! Lets just say given this is a Terrance Dicks book and given his love of recycling ideas rather than thinking up fresh ones…the Players will be back!

Twists: The TARDIS is kidnapped by Philby, the only thing in the world that will get the Doctor to play spy. President Truman is pushed dangerously close to nuclear attack. The Doctor is framed for espionage by Philby who wants him to head to Moscow and investigate the hostile Stalin. The conversation between the Countess and the Doctor is great, genuinely seductive and powerful. The Countess’ change of heart is a testament to the Doctor’s persuasive powers. When the Doctor is offered a high up position by the President he declines in favour of a quieter life.

Embarrassing bits: Sheesh, where do I start. Why don’t I just paste this from my review of the book on the Ratings Guide which sums up my feelings beautifully…
Terrance’s embarrassing personality traits for each of historical figures scarcely does them justice…Guy Burgess is a raving drunken poof, Don MacLean is a suspicious sceptic, President Truman is a tough sonofabitch…it wouldn’t matter so much but these shallow character traits are highlighted by being repeated again and again until I was cringing (especially that sonofabitch!). Worst of all is how Philby spills out all of his special agent secrets to the Doctor after knowing him for five minutes. After being undercover for years and working for three different agencies it seems highly unlikely he would admit everything to a total stranger. And I know Terrance is trying to give us all a history lesson but his dialogue for Philby when he explains the background to the Cold War to the Doctor (Jesus man…where you been?) sounds like a teacher addressing his student in very…simple…terms. I cannot stand being spoken down to in any form of storytelling and this was frustratingly patronising.

Result: And it was going so well…but I suppose we had to be brought back to Earth sooner or later and be reminded that this is a Doctor Who book series where childish, patronising storytelling runs free. This is a quick read if you are after nothing more than fluff but the Earth Arc to this point have been so much more than that. Terrance barely injects any effort into this; it feels as though he

reeled it off in a day or two with his standard descriptions and plot mechanics. There is some fun to be had seeing the Doctor meeting up with so many historical figures but much of their characterisation is piss poor, especially compared to the depth of the previous book. The Players are hardly the most fascinating villains to begin with and their worldwide struggle could have been far more interesting than this cartoonish game they play here. A huge misstep for the range, shallow and uninvolving for the most part and wasting time when there is clearly so much more to the Doctor’s exile to explore: 3/10
Posted by Doc Oho at 05:02