Theatre of War by Justin Richards

Plot: Having left the Doctor for a few months whilst she indulges in her passion, Bernice travels to Menaxus to explore the ruins of an ancient theatre. The curtain is up, the audience is ready and a grand deception is about to see the return of a great work of art and the downfall of a civilisation…

Master Manipulator: The best portrayal of the Doctor since Conundrum, possibly Nightshade. Justin Richards nails the seventh Doctor perfectly, keeping the traditionalists happy by having him play a large role in the plot and using his keen intelligence and wit to investigate the mystery but also pleasing the NA crowd by suggesting more depths and plotting underneath his (supposedly) innocent actions. Ace is not sure the Doctor has ever been young. When the Doctor and Ace discuss why he left Gallifrey on an unnamed planet Ace comments, “I’m bored, shall we go?” and he admits that was why (he also states the planet was all theory and no practice). The Doctor has archaeologist written all over him. Page 102 sees the Doctor winning over a crowd of scared archaeologists by asking the right questions and listening – his ability to blend in is impressive. He outsmarts the Exec of Heletia who has just ordered the deaths of 2000 citizens on a whim – the Doctor is also sentenced to death by the insufferable boy and he asks the Exec to pull the trigger himself and suddenly the idea of killing makes him feel queasy. Clever sod. The image of the Doctor sitting cross legged, whistling, because the guards wouldn’t let him into the final act is priceless. The idea of the Doctor being outsmarted by Braxiatel tops off this near flawless examination of the seventh Doctor.

Boozy Babe: Bernice as a creation reminds me of Doctor Who itself. Initially a smart idea that would run its course but thanks to create writers evolving the character she has continued to thrill and surprise us. Bernice leapt from the Doctor Who novels to her own series of quality books but when the licence was up she marched on to Big Finish were she gained a whole new family and continues to produce imaginative and hilarious adventures. She’s unstoppable and the wealth of stories she has appeared in makes her the most prolific of companions. And it all started here. To be fair Bernice had turbulent beginnings (Transit, The Pit, Deceit, No Future to name a few) but throughout the latter half of the New Adventures Bernice was a triumphant character. Theatre of War is practically the pilot for her own series of adventures; she holds up the first 80 pages effortlessly and continues to explore the mystery on her own on the Braxiatel Collection. Bernice’s diary is open to interpretation, she writes her initial impression and then goes back and reads it later and sticks yellow sticky notes over the bits she doesn’t like – and then she reads both version and decides which she prefers! She has trouble relating to the military attitude. Gilmanuk’s relationship with Bernice is very sweet and ultimately poignant, when he before he sacrifices himself he has to know that she is safe. She was the person who made his life bearable, just for a few days, after his son’s death.

Oh Wicked: From one book to the next it is like a lottery with Ace, sometimes you have a writer who is sympathetic to her failings (Gareth Roberts sweated blood to make this New New Ace likable) but if they can’t be arsed she is just a ruthless bully with no redeeming features (Conundrum, No Future). Richards again comes up trumps by presenting us with a character who is clearly the post-Deceit Ace but with none of the machismo, idiotic brainlessness or violence. That old Ace that the Doctor was glad he had back in Legacy, this is her first appearance. The sunset/sunrise scene on the unnamed planet is the loveliest we have seen Ace in an age. She is described as having tenseness to her stance, moving with almost cat like movements. Ace’s reaction to the dictatorial ways of the Helletians, close to tears, reminds us that this woman is still human.

Foreboding: The Braxiatel Collection and Brax himself, both making and impressive first showing. It is no wonder both are still featuring in stories today.

Twists: The opening is fabulous; an unseen force wipes out a dig. The Braxiatel Collection is an awe inspiring location and its familiar (now) landscapes seem fresh and vibrant through Bernice’s eyes. The Heletians are a society that grew from a theatre troupe. The war heading for Menaxus puts the dig on a schedule which is always good for excitement. Pages 74-77 see Bernice exploring a secret passage but such is the confidence of the writing it is haunting. The Heletians believe that Shakespeare was a historian, not a playwright. The Doctor and Ace in a creepy rendition of Hamlet is almost hallucinatory with Ace’s near stab experience a great end of chapter. The statues are really scary, not just that they look like the Doctor and Ace but their method of killing, stuffing mud down your throat until you choke to death, is horrible. The Source Documents strengthen the theme of drama and add weight to the portrayal of this theatrical based culture. Brax’s opinion on the lost classic, The Good Soldiers: “I can’t deprive the universe of such a magnificent work of art, even if it never really existed” – he owns the only copy and won’t have it published because it is terrible. Ace walking across an asteroid and taking out a cruiser with a shot from a phason gun is about the coolest thing she has ever done. Inside the dream machine there is a whole universe captured, people who think they are real but are actually fiction saying pre-written lines without realising it. The execution of Ace is to be the fitting round off to the first performance of The Good Soldiers. Bernice shoots from her Delta Dart in an escape pod as the satellites tear it to pieces. Lannic’s husband was murdered by the Exec’s soldiers and her flirting with him was just so she could get close enough to hurt him. 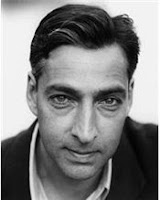 The story ends on a brilliant double bluff – first we are told that the dream machine was built by the enemies of Menaxus – it was contrived so they found it and discovered the lost masterpiece, The Good Soldiers. They arranged a massive performance of the play but its characters leapt from the machine and destroyed the entirety of the civilisation. All very well and clever conclusion. Then it is revealed that the entire history of Menaxus is a lie, it was devised by Braxiatel just to get the Helletians to excavate and find the machine. Conditions on the dig were made deliberately uncomfortable so Lannic would withdraw with the machine as soon as possible. Brax wanted the court of Heletia in an uproar (the character bursting from the machine to murder the spectators) so the Ripperean fleet could press home their attack. The cunning devil, organising a coup to twist the political system to his agenda.

Funny Bits: The German translation of Hamlet, ‘To be or not – ay, there’s the rub’ had me in stitches.

Result: Everything I have been asking for. Not only an honest to God mystery with some brilliantly unpredictable twists but a strong narrative with a cast of memorable characters. The idea of Bernice going solo is pulled off with superb style; she is determined, likable and intelligent, but even more surprising is Ace who manages to stay in character and avoid annoying the hell out of me throughout. Justin Richards fights the idea that all first time authors are bound to produce horseshite, the writing is confident and atmospheric and packed with detail that makes the Helletian/Ripperean conflict believable. The Doctor Who universe is better for having been introduced to Braxiatel and his collection, these would become important staples of the series later on but make for fascinating innovations in their first outing. A superb puzzle book with a very satisfying ending: 9/10
Posted by Doc Oho at 07:48