Plot: Welcome to the Artifact, a galaxy sized organism ready to drop… The Doctor, Benny and Ace explore the world and find it quite different from anywhere they have visited before. An organism so alien it poisons human life and absorbs them into its cycle to reproduce…

Master Manipulator: The poor Doctor is really going through the grinder of late. What’s more he is kept from the action again! The Artifact attempts to absorb the Doctor’s intelligence so he falls into a life saving coma. Stressing the awesome power of the Artifact, we get a brief glimpse of the eighth Doctor as a spore infection triggers his seventh regeneration. A truly heart stopping moment. When curious, delightful, strange and dangerous float around the Doctor he ponders that in a previous incarnation he would have spent hours studying them. He likes to think that he transcends fashion. When Ace ploughs an air buggy into a creature to save him he is horrified: ‘Something in this place knows my mind and wants it. Its out there now, hunting me. Whatever it was might have provided me with answers. Not anymore.’ Ace admits she has never seen such a look of pure terror on his face. He can survive a bullet through the heart, if he reacts quickly enough. You’ve gotta love how the Doctor diagnoses Benny’s wound as fatal, gives her a pill and tells her to come back and see him in the morning.

Boozy Babe: What can I say? The horror that has been inflicted on Bernice over the last two books goes beyond misogynistic, past sadism…into a nightmare of pain. Look at what she enjoys here, a fracture of the skull, drilled in the head, an incubator for a parasite, poisoned and hot with fever. She also eats a creatures she murders and witnesses more orgy’s of violence and murder. Just another day in the TARDIS. A shame because her initial reaction to the Artifact is one of pure wonder, flying away from the TARDIS to explore this most alien of environments. A year ago Bernice would not have trusted Ace as far as she could throw an elephant but times change and so do people. Now they have a lovely, relaxed chemistry – the sort they should have enjoyed after No Future. Was the Doctor becoming more human in his outlook and attitudes or was Benny becoming more alien? An archaeologist and anthropologist, Bernice knew the one universal constant of intelligent life anywhere in the universe besides the invention of income tax was religion. A young Bernice could not bond with her foster parents and ran off to a monastery on Olundrun VII but the Monks would not associate with her and her corrupting ways. She was almost driven mad over six weeks knowing that sanctuary was nearby.

Oh Wicked: More ammunition for Ace’s growing desire to leave. It would finally seem that Ace is growing up, accepting that this life of constant pain is not going to get her anywhere (except possibly an early grave) and that she needs to head off on her own and find her own destiny. She is calling the Doctor Professor again. Imagining herself back in Perivale again after years of travelling the universe was a nightmare that still plagued her occasionally. Being with the Doctor is coming to be a pain in the ass. It might be time to move on soon. She’d done it before, she could do it again. Somehow though, she knew it would be different this time. This time, if she left, it would be to follow her own destiny. It would be forever. Ace gets to sample the delights of radiation poisoning and parasites bursting from her skin. 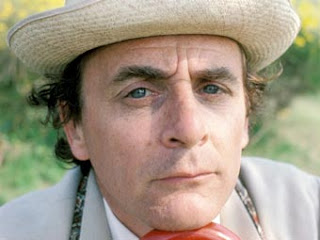 Foreboding: Obviously Ace’s thoughts of departure, which have been running through several books now…

Twists: Green’s reaction to the Artifact mirrored my own: rolling seas above his head, abundant life forms, giant mushrooms, monkey colonies, living planets… A world turned inside out, a helical accretion of stellar matter containing a complex ecological system. Its internal surface area is bigger than all the planets and moons in the Elysium system put together. The Space octopuses were great, especially the one that lands on Benny’s arm and starts gorging on it. Once they have the taste of blood they start hunting them! Ace catapults herself into the air! The shuttle explosion and crash is phenomenally rendered on the page. Ace almost drowns on page 90 and I was struggling for air myself! Page 145 – the city of the builders is breathtakingly written. The idea of the Doctor trying to get the Artifact to expel its dead egg to become a new world for the species living inside is brilliant. Bannen shooting the Doctor is a genuinely shocking moment. The ending of the novel, suggesting the death of an entire system is about par for the course for such a ‘knife at the wrist’ novel. 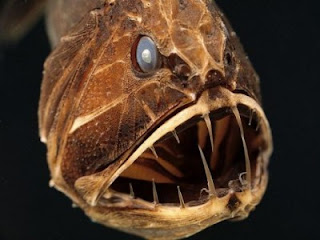 Embarrassing Bits: Cheer up Jim! What is this obsession with death and destruction and pain and blood and tearing flesh and poison and bones splintering and screaming and nightmares and burning and drowning and shooting and fractures and parasites and terror and fear and sweat and drills in the head and deadly life forms and crushing and breaking and bursting and snapping and melting and suffocation and constricting, never ending, terrifying pain pain pain pain pain pain pain PAIN PAIN PAIN. Imagine a space filled with the bodies of fictional characters Mortimore has slaughtered. A universal morgue.

Result: Probably the most alien environment we are ever likely to visit in print is squandered on a book that jettisons wonder in its first third and revels in pain. The first 100 pages flew by, I was absorbed by the breadth of detail and imagery Mortimore utilized to create the Artifact. This is an author who is far less interested in people and far more interested in ideas and a creature that can lay planet sized eggs spawning beings that can annihilate worlds is pure Mortimore. Unfortunately this is not a piece of SF art but a novel and the shoulder shrugging sadism inflicted on the characters did not sit well with me. Halfway through I was yawning at the dizzying surrealism and sickness, a plot which refuses to emerge because the author is having fun messing with your head. Can’t these New Adventures do anything with the regulars but torture them horribly? No wonder Ace is thinking of moving on! Sitting Parasite back to back with Falls the Shadow means we have suffered 600 pages of torture, pain and death. Both books have displayed tons of ambition and some unforgettable moments but drown in their orgy of death. Oh well, maybe we will get some light relief up next…: 5/10
Posted by Doc Oho at 08:15