Death and Diplomacy by Dave Stone 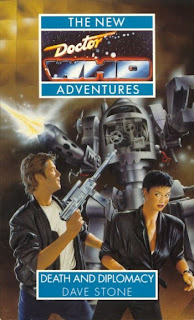 Plot: The Dakhaari, Czhans and Saloi have been at war so long the reason it begun has long been forgotten. The Hollow Gods have commanded them to settle their distances and appoint the Doctor as their arbitrator. Meanwhile Bernice meets sleazy space bum Jason Kane and her life suddenly takes an unexpected turn…

Master Manipulator: A joyful Doctor who delights at the conclusion that he managed to get through this story without manipulating anybody! Whilst there are some lovely descriptions of him (and the Time Lords) as higher powers, it is just lovely to see him portrayed as a negotiator, helping warring races to reconcile their differences. For this story you remember that the New Adventures Doctor is the Doctor, the one who tries to save as many lives as possible and has a blast doing it. When his companions are ripped from his life he suspects that he might have something to do with it. He is brilliantly described as a little man with snaggle teeth and beady eyes and stiletto-rocket-launch-away hair with patched and mis-matched clothes that made him look as though he has been assembled by spare parts and left overs. He freely admits he knows nothing about sexual relations and always fumbles when he tries to dabble in them. Thus seduction techniques fail to work on him. Talking claptrap was something the Doctor did with alarming frequency. He was never there when you looked for him but was always there when you least expected him. He is gleefully happy to see Bernice at the conclusion, telling her how much he has missed her. Oh dear.

Boozy Babe: I would say that was Benny was writer proof but considering how shoddily she was treated in her first handful of books it will have to be from a certain point in the New Adventures, say Sanctuary, she became writer proof (besides I still think Fitz is still the only writer proof companion). By this stage we have been travelling with Benny so long we know her moods and her reactions, just like the writers do. This is the beginning of the end of her travels with the Doctor and Dave Stone once again reminds us just how utterly delightful this character is, taking us on a trip round sitcom city as she meets her future husband and has all the misunderstandings, sweaty sex and delightful slagging matches that comes with true love. Geez, sections of this book read like the first year I spent with my husband!

At the beginning of the book she refuses to contemplate marriage with horrific images of biological clocks and puke spraying sprogs. Bernice is the first link with home Jason has seen in 15 years. When she first touches him she melts, she has that the feeling that their bodies fit, their thoughts are in tune. Jason is a cocky littler bleeder of the sort Bernice usually detests. Benny brilliantly lists every single bad point every man she has ever known, sexually or otherwise and accumulates them into Jason’s faults. His littleness and smallness came from inside because he was over 6ft tall and muscular. She tells Jason about the Dalek War to which he laughs, ‘Those total jokes killed my Mother. First my Father, then my Mother.’ Jason admits that his father beat the crap out of him, his mum and his sister. His description of his fathers ritualised abuse of his nice, middle class family (including breaking his daughters fingers at the same time each day) is numbingly brutal. Making love to Jason, the loss of identity, the fever heat, the sense of being mauled, the collapse of barriers, terrified Bernice. Jason desperately wanted her to give him some indication of friendship but she storms out of his life, repulsed at what they had done. Her horror as he lists the women and men and aliens he has slept with… 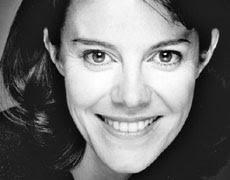 ‘I’m probably crawling with human and alien STDs!’ Shug’s analysis of their feelings is not only screamingly funny but right on target, they are perfect for each other and fulfil a need the other needs and they are both contriving ways of avoiding that truth. Benny decides that Jason annoys and infuriates her but it all melts away when he runs his mouth all over her body. She still feels the same about the Doctor but he had ceased to be the touchstone in her life. Jason felt more important to her now and when introducing him to the Doctor she begs the Time Lord not to kill him. (This whole section sounds horribly domestic, doesn’t it. Don’t worry, Stone shoots all of this soap opera material full of humour, sex and glorious one liners. If you are going play Eastenders with Doctor Who, this is the way to do it.)

Stroppy Copper and Puppy Dog Eyes: Wasted. Again. Although they do have a hint of gold about them, as though they are gently lit from within.

Foreboding: Bernice is getting married. The only way this character could be written out.

Twists: The Dakhaari, Czhans and Saloi meeting in the ballroom is a nice start for the story, just jarring enough to work as a science fiction peace treaty in a Dave Stone book! You have to love the idea of Jaris (a moon) exploding and giving the sun the equivalent of skin cancer! The scenes of the Doctor visiting all the delegates in their different suites have some wonderful Stone-isms. Shug has all the bad characteristics of a cat with none of the playfulness.

Embarrassing Bits: ‘Um Roz, I don’t think that’s the knob you’re looking for!’
The Doctor discussing Peri and Mel naked in the bath…is just wrong.
Maybe the Plobs of Plobtown are a step too far into surrealism!
Death and Diplomacy is the point where several narrative repetitions made themselves clear and started to bug me. Most prominent is the misuse (or lack of use) of Chris and Roz. Okay not so much Chris but wasting a character as marvellous as Roz is criminal and Sky Pirates (!), Zamper, Head Games, Shakedown, Warchild and Sleepy are all guilty. It wouldn’t be so bad if she was to go on like Bernice and have hundreds of adventures but Roz was in a grand total of 18 New Adventures. The books that take the time to exploit her rich character (The Also People, Just War) are by far the best of the latest bunch.
Also I’m starting to wonder if we will ever have an adventure where the Doctor and his companions just happen to turn up and have an unplanned trip. So many books these days follow the same pattern of the regulars split up before the beginning of the novel in various time zones and locations carrying out parts of the same plan. Whilst it was original and interesting at first its starting to get a bit obvious now. 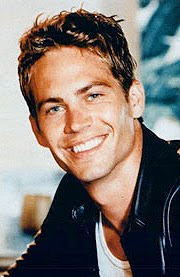 Funny Bits: Jason attempts to give Benny mouth to mouth when the ship depressurises but she mistakes this for more amorous actions and biffs him on the nose!
‘That could easily be a court martial for being a poof in the face of the enemy!’ I don’t know why but that really tickled me!
To Roz, the lush and verdant countryside of Moriel was sickly to the point of instant diabetes.
Rather than cheat at gambling Jason gets arrested and sells the big boys a new way of cheating and they pay him for it. Now useless, they mass develop it to sell to losers who want to change their luck!
Vim orders his troops to fire on the enemy only to find they are all enemy agents…and Chris and Roz!
Given Roz’s expertise with weapons if she shoots to miss she will probably end up killing the lot of them!
The Doctor on the TARDIS: ‘I advise against over-inquisitiveness. You might find something truly horrible.’ ‘ Ah hideous alien secrets of the Time Lords that such mere mortals as we dare not know of.’ ‘I was actually referring to a teenagers bedroom. The TARDIS has accumulated quite a number of them over the years.’
Shug, upon revealing he was not Jason’s pet but a living breathing fascist dictator all along: ‘Have you any idea how hard it’s been having to listen to your asinine grunting all these years and never being able to tell you to shut your stupid face? Have you? I thought I must simply have had the bad luck to pick the most brain-dead and idiotic human moron on the entire planet Earth.’ It turned its head to glare at Benny balefully. ‘I was wrong.’
The best joke in a book full of them sees the Skrak at the climax of the book all sitting around wondering what to do now their mad leader has been killed: ‘What do we always do – try and take over the universe!’ 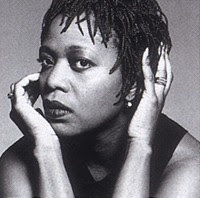 Result: I’ve only heard bad press about this book so naturally I thought it was rather wonderful. I cannot reconcile this with Dave Stone’s Sky Pirates(!), aside from irreverent humour the two books feel completely different in writing style and tone. Death and Diplomacy has lovely big font and short chapters that make the pages fly by (I gobbled it down in one evening) and it is shot through with racy humour and real emotions that make it a brisk and heartfelt read. Unlike Stone’s debut the prose does not overpower you with elongated words and sentences, the book is marvellously descriptive and has some hilarious and unobtrusive asides that could only come from the pen of this writer. Bernice’s romance with Jason is rightly celebrated, it is drop-the-book funny in places but what impressed me more were the moments of pathos between the two of them. The Doctor’s diplomatic nightmare was just as good though and the book climaxes on one of the most cheeky and yet still satisfying and cuddlesome endings in this series. Aside from dumping two of the regulars into obscurity, this is easily the most readable and accessible of Dave Stone’s novels: 8/10
Posted by Doc Oho at 21:26