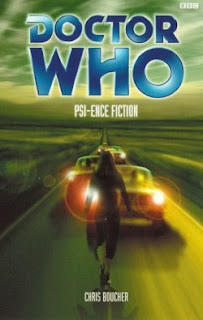 Teeth and Curls: Experience made Leela certain that the Doctor would have no idea what they would be facing once the doors were open. From time to time she heard him talking to the TARDIS as though it was an old friend but offering it insults and threatening it was MAD. The Doctor finds jelly babies a great comfort in times of stress. He made people nervous when he hovered over them. He always denied but he loved to show off and revel in his ‘magical’ powers. The Doctor always says what he thinks and tells you what he intends to do about things. When he took components from the TARDIS he could feel her resentment. It took time and effort for him and the old girl to get back to comfortable working relationship. During that period the TARDIS could be very unpredictable. He is not mad, just a little unfocussed. He is a loner and rarely understands how rules work.

Noble Savage: It was interesting how sensitive Leela was becoming to how the TARDIS functioned. She has left superstition and general unreason behind her and considers the Shaman’s story the religion of her tribe. The Doctor is still surprised by her quick intelligence. He was slightly ashamed to be reminded that a lack of knowledge is not the same as stupidity. Leela has no problems with temporal shift-lag. Leela is a warrior, trained by the best of her tribe to be the best of her tribe. She can read and is getting better all the time. She is as brave as anyone the Doctor has ever met and he considers her a completely reliable witness. Pages 91-102 are invaluable to read because they are told directly from Leela’s point of view in a time of crisis. Her memories, her instincts, her fears…Boucher proves he still has an excellent handle on this difficult but potentially fascinating companion the Doctor has ever travelled with. She is erratic rather than eccentric and is described as having come from a very primitive background.

Twists: The opening scene is bloody scary! It reads like the opening of a Stephen King novel (only it is good). Chloe is pursued through the woods by a malevolent force, screaming at her. The oiuji board scene is scary, especially when it starts spelling out U DED BICH! Chloe trapped in the sensory deprivation tank as it fills with blood is damn terrifying (She was covered in so much blood that she choked on its thick slimy slick). 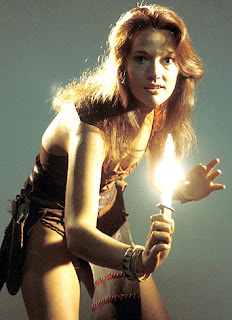 Things get even scarier when blood starts leaking from the tank and everybody falls unconscious in it. Joan Cox commits suicide…or does she? Is Josh reading Chloe’s mind? Leela chases Finer through the campus into the woods only when she confronts him he has the face of a demon. Josh’s involvement is obvious from page on but where his psychic powers were revealed (in Hitchin’s test) is actually quite well hidden and not obvious until the Doctor spells it out. Pages 229-240 are a great, hypnotic horror sequence…a walking corpse on campus, voices screaming out threats (U DED!), Chloe transported to a ghostly race track…all told grippingly from Leela’s POV. Finer is revealed as the culprit (which is actually something of a surprise) and has been funding both the bottled water that heightens psychic ability and the parapsychology unit. He has built a time machine in the basement and wants to go back in time and save his daughter, who six years ago he murdered during a row they were having. The uneasiness Leela felt in the woods is because that is where Finer dumped the body and the time machine is aligned in that direction. He wants the Doctor to go back in time and stop himself from killing Amelia. When he realises things have gone too far and the machine will de-stabilise the universe Finer attempts to destroy and Josh kills him instantly. He has some crazy God notion that he will survive the destruction of the Earth and be immortal. The TARDIS saves the day, materialises in Finer’s time machine and stabilises the reaction. Damage has occurred the localised timeline and a new history is developed, one where the events of this book never took place.

Embarrassing bits: Sorry…where was the plot? There are numerous spooky happenings that occur for no apparent reason and then in the last 30 pages we find out there is a time machine plot under our noses the whole time! Talk about a book in denial about itself!

Plus Boucher’s scenes of the kids rowing amongst each actually read far better than they should given he is no longer a kid…but gee do they get repetitive!

And what about that ending? Universal collapse! Insane child with God complex! Very exciting stuff. Suddenly the TARDIS sweeps in, saves the Doctor and Leela and erases the entire timeline so everyone is alive, normal, no experiments took place and Finer hands himself into the police. Erm…what the hell? I still cannot find a rational explanation for any of this. You may find one in the TV Movie. 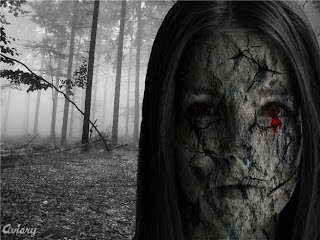 Result: How utterly bizarre. Some scenes in this book are so scary they will chill your blood and leave you hugging the duvet (and hopefully whoever is sleeping with you) for some comfort. However there is no sign of a plot of any kind for the first 250 pages, its just the Doctor and Leela wandering about pondering things and student getting up to paranormal mischief. Then from no-where this narrative materialises in the last 30 pages using elements set up earlier to rather good effect. And then the whole book vanishes up its own arse in a really annoying reset button. I don’t quite know what to think. I do know that Boucher is getting much better at setting a scene, his treatment of Leela is exceptional and that the cover of this book has sod all to with its contents (except a bizarre mind torture sequence near the end). Individual scenes are good but Boucher chooses to either run with pages and pages of dialogue or pages and pages of really long paragraph. It’s the oddest writing style I have ever seen but it seems to work in the horror sequences but less well in the dialogue ones. A truly unusual and mystifying book: 5/10
Posted by Doc Oho at 14:03