Drift by Simon A. Forward 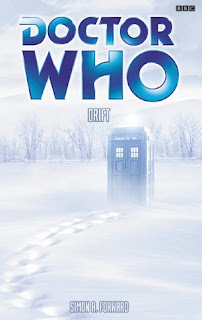 Plot: The Stormcore, a device that can control the weather and open the dimensions has let a creature through. A creature with no form, no understanding, just pure emotion caught in the heart of a storm. Soon it is lashing out, menacing the town of New Hampshire…

Teeth and Curls: The Doctor can usually find his way home through any storm, like a racing pigeon. He had an air of being totally at home with the lost. Leela observes he wears the costume of a madman. The Doctor was very like the hero in the elder’s tale, charging on and ignoring the protests of his most loyal warriors (hah!). Given that the air had to escape over such a wall of teeth the power of the Doctor’s voice was phenomenal (I love this!). There was gravity too in his face and eyes that could stare down an owl. He works for UNIT part time these days and is a freelance, a traveller. He was the strangest of strangers, like a father seen through the eyes of a child. He had a brooding presence and poured heavy thoughts in to every corner. The Doctor watched everything from under his silly hat but didn’t often seem very interested. When he was bored he likes to let people know that he’s bored. He never panics, he expresses urgency. Nobody had ever worked him out past the 7th decimal place. The Doctor likes laboratories to makeshift, a home from home. He wields criticism and encouragement like twin prongs on a pitchfork. His eyes are described as looming over as twin moons, and an ill omen. He wasn’t so old that he couldn’t see through the eyes of child. Taking chances was something hr did naturally. The Doctor has the nerve to suggest that if he drives the TARDIS drunk he will have no idea where they end up! 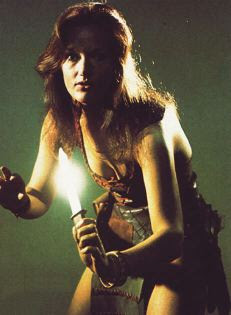 It astonishes me that people think that Simon A. Forward hasn’t captured the season fourteen/fifteen Doctor. Go and read the above paragraph again.

Noble Savage: Leela thought the snow was the land at the end of the world. She thinks the wind has teeth and that there is a predatory beauty to coyotes. She is an excellent scout – capable of finding a needle in a snowstorm. Beautifully she describes the snow as: the heavens shedding their cold ashes. She faces a snowstorm and remembers that on any world nature crafted foes that could not be fought. And faced with enemies of natures making, honour is not an issue. She moved with an animals instincts, her knife emerged like a pumas claw. She is no alien to danger. She is described by (guess who?) a ‘young lady with limited social graces.’ She is a tough chick, agile and vicious.

Twists: White Shadow burst in on a cultist shootout to find the house empty. White Shadow is a search and recovery team, seeking out alien artefacts. A plane went down over the mountain but the Stormcore was missing and they are attempting to recover it. The Curt/Amber/Mackenzie/Martha/Morgan relationships genuinely enrich the book. There is a lovely Blair Witch creepiness in the early scenes – Simon A. Forward scaring us with people’s reactions to an unknown enemy. When the ice creature manifests itself there is a truly horrific death – Bartelli rots away as he struggles, unravelling in a wire mesh vortex woven from ice. After escaping the house it is incinerated by a grenade launcher. The Stormcore was going to be used as a weapon against the enemy, directing storms to ground targets. Amber, trapped by coyotes in an abandoned house, is terrifying. The ice creature traps the town, causing Martha to swerve off the road onto an icy lake; mother and daughter cling to each other as the creature reaches out with talons of thorny ice… Amber can communicate with the creature. Theroux and Parker are revealed as aliens working for the government that imprisoned them by shooting their ship down, trying to find a way home using the Stormcore. The Doctor’s plan is typically insane…get blind drunk (the creatures are allergic alcohol) and drive into the heart of the storm! The creature had been pulled through a gap created by the Stormcore. 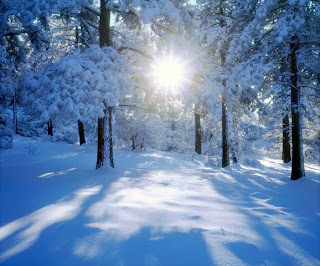 It is raw emotion, crystallised and seeks out intelligent minds, craving intelligence to govern all the mixed emotions and make sense of the world around it. Its nucleus trapped in the Stormcore, the Doctor causing one hell of an avalanche that sends the device into the frozen lake and traps the creature. There is a beautiful coda, which leaves the reader on a cuddly note.

Result: Another PDA, another new writer and what is immediately obvious with the atmospheric Drift following on from Relative Dementias is how much the new boys are trying to impress. Not with continuity or shocking revelations but with a solid story, well told. It’s an underrated virtue, which is bleeding back into the range. Forward gets a lot of things right here, the chilly setting, the unspoken horror of the menace, characterisation which shines. His prose style occasionally tries too hard but for the majority it is breathtakingly good. I really liked his take on the fourth Doctor but Leela is underused, in favour of his carefully crafted guest cast whose relationships make what could be just another alien threat story count. Interestingly we enter the story about halfway through the plot but even that is handy because we only have to read the best bits. Those who say this is just a bunch of people wandering about in the snow are right, but they’ve missed the point completely: 8.5/10
Posted by Doc Oho at 05:51