The Last Resort by Paul Leonard

Plot: The Doctor is horrified to discover hotels cropping up in every major period of human history, the Good Times Inc offering package holidays and having absolutely no idea what damage they are doing to the fabric of reality. The Doctor, Fitz and Anji are going to have to die a million times over before reality can be saved…

Top Doc: Adding to the experimental nature of the novel the Doctor doesn’t appear until well into the second half. It works on two levels, one to add credence to Sabbath’s claims that the Doctor is dead and two because the second he does get involved (a fact that he was fully aware of) things get a whole lot worse. He is described as Fitz and Anji’s boss and even Anji suggests, now things have become so dangerous, he is more like a manager barking orders to subordinates than a friend. It is a frightening depiction of the Time Lord at the brink of insanity, trying desperately to save reality at whatever the cost. He has killed many times, murdered worlds and whole races of beings are gone because of him. Beyond caring about individual lives anymore. He promises everything, says he can do anything. Chaotic, absent-minded, shifty and totally absorbed, the kindness is fading from his eyes. He looks out at the shifting City as a problem to solved rather than a place full of living, breathing people. Sabbath tells Anji it was the Doctor’s (kind) nature that betrayed everything that is. He is willing to kill himself in order to prove that Good Times is buggering up Time. I don’t know if this is what Justin Richards had in mind when he created this far more unpredictable Doctor but WOW! What a frightening guy. He’s actually a step scarier than the seventh Doctor ever was because he isn’t frightened to get involved and yet he is so unpredictable.

Scruffy Git: No matter how many versions of him that we see here, there is a universal Fitz. The stakes have never been this high before and never has so much been asked of the Doctor’s companions…and here they prove themselves totally. 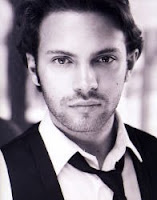 Fitz gets the job at Good Times because they were desperate for staff. He has a childish lack of interest in anything routine, businesslike or tidy…Anji works with him at Good Times for six weeks and the resulting experience makes her respect and like him less. Professional adventurer or waster? He can’t keep his gob shut for five minutes and is humiliated at how much he relies on the Doctor. He feels giddy and sick for much of the second half of the book, scared that he isn’t the ‘real’ Fitz and he will be sacrificed in favour of the real one.

Career Nazi: She is used to wearing suits, smiling in the right places and taking bull. She is used to sudden arrivals and departures and the possibility of never seeing people ever again. Described as seeing people as a set of attributes to be fitted into a pattern. Not unkind. Fitz says of she was trapped in Egypt nothing less than running the Kingdom would satisfy her. One version of Anji figures she isn’t the real one because the Doctor hasn’t rescued her and he would never let her down. She realises it has never been this bad before and whatever they did events would roll over them all. Like an earthquake, events have taken over and her actions and thoughts are irrelevant. Totally impotent. She hasn’t felt at home in the TARDIS for some time now and when asked to sacrifice herself to save the day she accepts the role, albeit with bad grace. She reinforces her opinion from the last book that they are expendable resources in the Doctor’s quest to save reality. Tragically, when it comes down to saving one Anji out of millions, several cannot accept the situation and commit suicide.

Identity Tricks: Evasive, threatening and exasperating, Trix reveals herself to both Jack and Iyeeye. She is fully aware of what is happening outside the TARDIS and is smart enough to stay inside and not get caught up in the temporal buggery. Exaggerated, theatrical, she tries on several accents and hair colours saying she never knows what role she might be called to play. Despite her wily sneaking about, she is discovered by the Doctor at the climax.

Ham Fists: Amazing how much better Sabbath works when he is not under some pathetic alias and involved in the plot from the get go rather than turning up at the end having manipulated all! This is the first time since Camera Obscura that he has been treated as a genuine regular character in the series, one that doesn’t need a crap motive to be involved and guess what…its his best appearance since then too! Likeable, despite his strange accent and cold manner. Brilliantly, when time and space fall apart Sabbath is revealed to be the only person holding the universe together, probably because of his mysterious masters. His methods are clinical but he doesn’t kill without a good reason, although he does wish to murder Jack before he can create time travel and start this horrible mess. He actually seems to enjoy working with the Doctor and is reluctant to see harm come to him. He tells him, “If you travel through time without your so called laws to protect the world, then clearing up afterwards is a necessity, not a luxury.”

Foreboding: Whilst the Doctor has solved the immediate problem of reality falling apart, the multiverse is still in tatters and needs to be resolved…

Twists: The first chapter is deliciously off beat…time travelling tourists in Ancient Egypt? Nike, cameras, McDonalds…what the hell is going on? Jack comes from a world where we have conquered Mars and you can create a time machine in your garage with $5! The repeated chapters (with slight differences) revealing the different universes are excellent. Some of the temporal anomalies, JCBs digging foundations for Pyramids, people having carnal relationships across time zones are very imaginative. The Doctor is revealed as being dead; a clever idea which is backed up by his absence…and ever better isn’t contradicted when the event actually takes place! The scenes from Iyeeye’s POV are a doubled edged sword as they are superbly written (almost Leela-esque) but they confuse an already complicated storyline. Iyeeye’s world turns out to be another alternate Earth, one which the Martian’s invaded when a Jack from the future visited Mars and told them how the Earth had conquered Mars and so they invaded the Earth first. Anji realises with some horror that there is a Jack with her and another with Fitz, both in the same reality. The stakes are raised when Fitz is found dead outside the TARDIS. The ghosts of a possible reality shimmer in the Egyptian sun. Every time you travel in time you are duplicated, cloned. Reality is tearing itself apart, there is a finite amount of energy in the universe and as more and more histories spring into existence the available energy will be spread amongst them until nothing exists any more.

The TARDIS won’t travel away from Earth anymore as if the rest of the universe…the Doctor doesn’t finish the thought. The ship is in pain, being divided again and again and again. After setting up a double murder of Cheops to prove that Time is on the brink of collapse, one of the Doctor(s) submits himself to be murdered as definitive proof that copies are being created and killed. The altering history boardroom scenes are brilliant, buildings changing shape, faces and voices shifting, the desk changing material…terrifyingly time and space falls apart around them. As if that wasn’t cool enough we follow that up with millions of TARDISes, Doctor’s, Fitz’s and Anji’s from a million realities all-converging in Egypt, the one safe reality. Crushing, dying, it is an incredible image. The TARDISes encrust around the Other ship until they reach critical mass and explode into a new sun. The Martians are created from Jack’s stomach bacteria, millions of versions of him visited Mars and died in the poisonous atmosphere but his bacteria breed and evolved. To avert this catastrophe, the Doctor and Sabbath need to break all the casual links that lead to reality tearing apart…they kidnap Jack as a baby before he can create a time machine (and his Dad can create Good Times Inc with it) and take him to Ancient Egypt…a woman discovers the baby, cannot read the note and names him Akhenaton (all the bloody identity questions about Jack and Ak earlier and he was him all along!). Trix is finally caught in the act.

Funny bits: Fitz has the Beatles “Help!” as his mobile because only the Doctor and Anji are likely to call him!

Result: The trouble with The Last Resort is that it refuses to conform to standard narrative…you don’t follow characters along a linear storyline. What you have to acccept is that from one scene to the next you might not just be reading about the same character, but a different version of the same character. A fascinating device, confusing as hell, but brilliantly exploiting the alternative universe concept. What makes this book so special is what makes it so impenetrable, if you don’t dissect this hardcore puzzle book completely you’ll miss out on all the rewards. A wealth of brain bursting ideas, a satisfying fractured plot (of which the threads link together beautifully) and a genuine adrenaline rush of tragedy, sacrifice and hopelessness. The stakes have never been this high before and it is pleasing to see some real pay off from this misguided arc. The last third is my favourite, packed with imagination and shocking images. Breathtakingly experimental: 9/10
Posted by Doc Oho at 11:43