Plot: Careless talk costs lives… a throwaway conversation with Emil Hartung sets into motion a sequence of events that sees Bernice tortured at the hands of the Nazi’s, Chris hunted behind enemy lines, the Doctor playing chess with a war criminal and Roz falling in love. The consequences could see the Nazi’s winning the Second World War…

Master Manipulator: A truly stunning use of the seventh Doctor, this is the best presentation of the Doctor since Human Nature. Just War begins with the exact same set up as Shakedown and a dozen other New Adventures of this period…the Doctor has sent all of his companions to different locations to work on part of the same plan. However Just War sees this plan unfold dangerously for his friends, to the point where he realises Bernice, his closest friend has been brutally abused at the hand of their enemy. Worse still the books suddenly forces the reader to face the fact that the whole sequence of events was caused by the Doctor.

The Doctor was the only person not to notice when Bernice is naked. He was an alien, an immortal being who resembled a scruffy middle aged man. He is described as a surgical strike, eliminating alien threats from history. Brilliantly the Doctor does not act in the least bit concerned that he has been captured by the Nazi’s. On first impression the doctor resembled nothing more than a smelly old tramp (hehehe). The trick was to look into his eyes, gaze beyond the shabby exterior into his labyrinthe brilliant mind. There you would find true genius with the cunning of a wild animal. In a moment that took my breath away the Doctor joins the Nazi party. His impersonating of a nun is very Troughton-esque. The conclusion where Benny forces the Doctor to see her bruises, for him to see that he has caused her suffering and that makes him face Wolff in a game of Russian Roulette is the most powerful way I have ever seen the Doctor’s manipulations dealt with in any of these books. Shockingly dramatic and powerful. The TARDIS scene at the end sees the Doctor sheepishly apologise to Bernice and shuffle out of the console room. ‘That’s all I wanted to hear’, she admits. When the Doctor first visited Earth it was to the French Revolution. He experienced feelings he had never felt before, so much promise, the feeling of elation at the sound of Empires falling, the old order being swept away…

‘Chris I have been doing this sort of thing for a long time. Believe it or not, I have occasionally considered my responsibilities. It has dawned on me that my actions have implications and ramifications. I am aware I’m treading a slippery slope.’

Boozy Babe: I can only think of three books that have pulled of Bernice Summerfield this well, Lucifer Rising, Sanctuary and Human Nature. If you want to know why so many people still follow the adventures of this character go and read Just War. Reading this book she broke my heart, she is threatened, tortured, starved, beaten and humiliated and throughout all of this she still manages to maintain her dignity by remaining honest (she admits how utterly terrified she is of the Nazi’s) and so human. Her reaction to the Doctor’s involvement is really interesting, initially appalled and shoving her injuries in his face then quietly punishing him for not saving her. Frankly I think she let him off lightly. 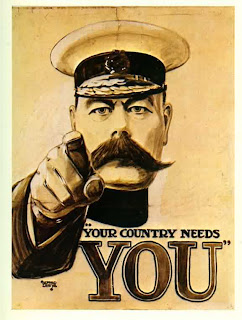 Living in Guernsey, oppressed gripped you the moment you woke and surrounded you as you fell asleep. As Celia she is blond with a wide, kind mouth. She wonders why she has been left for so long, she wondered if the Doctor had abandoned her to die. Summerfield prose features wandering punctuation, is too talky and is not about anything. She does not know how long she has been travelling and has forgotten how old she is. Without the Doctor you kept regular office hours, you had a lunch break, pension rights and holiday pay. With him you tended to find yourself driving at high speeds along muddy cliff top fields in unfamiliar military equipment being chased by heavily armed Nazi’s. Her shooting of Gerhard is gripping; she is trapped into the act because of the consequences if she doesn’t. Looking into a mirror, covered in mud, make up running down her face, Bernice does not recognise herself. After the murder of the islanders Bernice catches Marie with a German and she wants her to watch whilst she murders her lover. Bernice being tortured is far more uncomfortable that I thought it would be. Stripped, deprived of food and water and sleep, she has her wrists broken casually. It is horribly sterile and nasty. They work on her for so long and so relentlessly she begins to think of Bernice as an illusion, someone who would stand up to the villains with a quip. Her mother had been 31 when she had died and Bernice was now older than that. A weird feeling – a child older than their mother. It was a landmark she had passed without realising it.

‘I’m a strong person. I’ve faced death before. I’ve laughed in the face of fear, as they say. I’ve been surrounded by evil – not just crime and injustice but pure, stark evil. I’ve gone through a lot in the last couple of years; I’ve been stabbed, tortured, starved, blasted, mauled, betrayed, absorbed, poisoned, possessed, lacerated, bruised, conscripted, electrocuted, impregnated, drugged, abandoned, abused, battered, probed, burnt. Blown up, shot down, kicked in, thrown out. I’ve done it all. I even died once. But I always bounced back within a couple of weeks, ready for my next exciting adventure. Sticks and stones may break my bones but bones mend if you’re young enough and you’ve got a good Doctor. This time it’s different.’

Stroppy Copper: On a roll now, Roz has never been written for better. Not even in her debut. Her passages are astonishingly good; she holds her head in 1941 Britain in the face of prejudice and intolerance. She has a beautiful romance with an English intelligence officer. She reads like a living, breathing person with flaws, she has a vicious temper and in a stunning sequence she reveals how pleased she is that she is pure.

Roz is described as jolly civilised, knew so much but distant. Reed found her profoundly attractive. She had seen friends die, faced the enemy and led troops over the top. She does not look out of place in uniform. Her romance with Reed allows us to see the gentle side to her character. ‘If you ask me to marry you I’ll bit your nose off’ – she smokes, drinks and makes love to Reed. She hasn’t felt this relaxed since… She had finally gotten used to how impossibly big the console room is. She was still disconcerted by the low humming, so advanced and alien that even if she did discover its source she doubted she would be able to understand it. All you needed was money to step into another universe – Roz’s parents had lived like that, barricaded in their palaces, blaming the poor for the problems of the galaxy. She likes 1941, the rigid system, the lack of aliens, the purity of the human race. Roz realises she could actually picture herself staying here with this man. They could never have children, how could she bring half caste children into this time? She found George and his leisurely world attractive. It was sp uncomplicated a life with a clear division of good and evil. She wasn’t being nostalgic or going native, she was being practical. Roz and Reed make love powerfully and talk just as intimately. She admits she was a disappointment to her family and herself. She is so happy she is torn between staying with Reed and returning to the TARDIS. She decides to continue travelling but promises to wear her engagement ring always.

‘I’m not normally an intimate person. With you, I am. I usually go for older men and you’re young enough to be my son.’

Puppy Dog Eyes: It seems there always has to be a weak link with the regulars in the New Adventures and in this period that role belongs to Chris. He’s not offensive like Ace but he is a fairly bland character, annoyingly naïve and lacking motivation or any memorable characteristics.

Chris has grown a handlebar moustache ‘just like they have in the air force’ but Roz thought it made him look like a gerbil. He thinks the 40’s fashions and design was wonderful. Shockingly Chris casually murders three people in this novel without remorse. In many ways he is scarier than Ace because he sees all this horror as one big adventure.

Twists: Revealing Celia as Bernice is a terrific surprise, there are no clues that this might be the case. The first chapter of Just War has more atmosphere, tension and character than the whole of the last book. Chris is sent to France to bring back Hartung. In a moment that makes your heart leap into your mouth Bernice shoots down a German office. She steals an armoured car. In revenge for the shooting of a German officer six of the Islanders are shot. Wolff snapping the neck of the nameless girl is sickening. Pages 76-70 sees Steinmann charmingly arguing that Nazism is fact, that Nazism is the future. Bernice being strung up and tortured, brrrrr. Hugin and Munin are revealed to be birds from mythology. Pages 159-160 is a truly haunting passage that makes the Dalek/Nazi parallel as well as I have ever seen it done without ever using the name. The bombing of Granville is violent and bloody, the destruction of the bomb shelter is explicitly written. Brilliantly Bernice holds a butter knife to Kitzel’s throat and bungs her into a morgue drawer. Roz pokes Wolff’s eye out, a long deserved treat for the reader. Wolff offers a truce to the United Kingdom – or they will drop Hartung’s weapon and force a surrender In an earlier adventure with Mel, the Doctor discussed owls with Hartung which got him thinking about radar and led to the building of two planes, the first radar invisible plane, so undetectable they could end the war.. Chris and the Doctor steal Munin and have a mid air collision with a German spitfire. The Russian roulette climax made me hold my breath whilst reading.

Result: Powerful and dramatic, this is the best debut novel for an age. Lance Parkin remembers that these books can be about the regulars and he writes for them as though he has been doing it for years. Bernice undergoes the hardest trial in her life and Roz gets to enjoy a genuinely touching romance. The writing itself is very polished and flows beautifully, even the extended dialogue scenes. The first half of the novel stifles, the Nazi’s feel as though they are holding Europe in an iron grip and the shattering second half sees some fantastic twists punching the reader in the gut. I loved the Doctor in this, ruthlessly intelligent and yet surrendering to his feelings in the conclusion as he confronts Bernice’s torturer. There is some gorgeous period detail and the book is packed full of memorable moments that will take your breath away. Easily one of the best the range has offered and perfect example of how good Doctor Who novels are when they dabble in history: 10/10
Posted by Doc Oho at 16:39