Only Human by Gareth Roberts

Northern Adventurer: Wow, this is effortless characterisation of the ninth Doctor, he talks, acts and reacts just like the character from the telly. So much so you would swear you were watching him. Pretty good for a man who never got to write for him on TV. The doctor belongs everywhere and when he grins at you it feels like the sun emerging from behind black clouds. There is a fabulous sequence that sees the Doctor entering a young female nurse’s life and when he leaves as unexpectedly it feels like it is never going to be as exciting again. He has seen much bigger distractions than Jack’s penis. In a terrifying moment the Doctor has all of his emotions ripped away and he feels total apathy towards all of the events in his life. Odd that is scarier to hear the Doctor not caring about people dying than pretty much anything else the series has offered. He is such a kid but so funny with it, bitch slapping, goosing and wedging Quilley to make him feel something. Why does the Doctor hang out with humans? ‘You can be brilliant, terrible, generous and cruel. But you’re never boring.’

Chavvy Chick: Love Rose in this. Best novel companion ever in this. She used to work in a shop but then she found something better. Her tea making technique of whip it in, whip it out does not please the Doctor! She wonders why when you are stuck in the middle of mortal danger you still can’t stop yourself finding certain people gorgeous. She wonders if she will ever get used to the joy of travelling with the Doctor, if she would become a seasoned traveller and hard to impress (Tegan, basically). She saw the same glee on the Doctor’s face after 900 years of doing this and that made her so excited it made her what to scream it out. Rather brilliantly Rose brings the concepts of nail filing and queuing to primevil Earth…she has a lot to answer for! Her feminine wiles work a charm when she is selected to be the bride of an early human…a thought that appals her until she sees him and he is se on legs! Rose is inhuman because she cares and she believes in things, quite different from the humans from the future. She could be a nice smooth desert course after the hairy Neanderthals.

Hot Homo: Jack is used sparingly but his inclusion in this novel is what takes it from being great to being bloody brilliant! His penis is supposedly one of the biggest distractions you are ever likely to see especially when he is waving it about at a bunch of unsuspecting soldiers! Das the caveman thinks Jack is very kind and ha

s a smooth face that other people seem to like. The man who came to install the television kept grinning at him and so they went for a walk together. Jack thinks he knows everything but just because he knows more about 21st Century Earth it does not mean he understands life in general at all. He is very popular in New York. Jack is the master of telling and teaching about lies. He dresses too young. Oddly a Neanderthal feels more at home in the 21st than Jack. When Jack thinks a trip to Australia sound interesting he knows he has been stuck on Earth too long. He thinks that life with the Doctor and Rose is the best you’re gonna get. Superstition is a word Jack uses when he doesn’t understand something obvious.

Foreboding: Jack tells the Doctor ‘I don’t belong here’ when the Doctor dumps in the 21st Century. Hoooo boy.

Twists: The opening chapter is spine tingling, Chantal improving Rusty the cat because of the ‘wrong feelings’ he provokes. A caveman landing in a nightclub in Bromley is the sort of genius Doctor Who was made for. Go and read page 17 and see how beautifully Gareth Roberts can set up a scene. There is a lovely idea that Neanderthals could not develop because they were always thinking about food – had they a constant supply of food like us they could have developed a rudimentary intelligence by asking questions. Ad 436,000, a reef of magnetic energy, fallout from a devastating space war hits the Earth and wipes out all computers and recorded data. It causes plague, famine and war, a new Dark Age. The human race turned to analogue technology with an attitude of ‘that’ll do.’ Biology and chemistry became the big sciences and they learnt how to block out all sorts of unpleasant emotions, fear, sadness, etc. They have bred themselves into beauties, controlling all functions of the body; they can cure anything, even ageing. Tina shooting up and grinning whilst she is eaten alive is just horrible. Chantal, in one grisly moment, reveals she has sliced open the Doctor’s chest and removed a heart! A Hy-Bractor tears of Tim’s arm and munches away on it happily. Das manages to pull…the hairiest, fattest, big nosed girl on the planet. On her 17th birthday Chantal’s mother implanted an experimental patch to increase intelligence. She designed the Hy-Bractor, an upgrade of the human race. They are adaptable, intelligent and creative. She could see a time when horror, war and misery would assert themselves again, the self destructive gene of mankind. The Hy-Bractors are ruthless in their dispatch of inferior human competitors. Chantal plans to tape over centuries of history with her own barmy Utopia. She wants the TARDIS to spread he upgrade through all of time and space. The novel is finished by a glorious double wedding, Das and Anne-Marie and Quilley and Nan. A small part of the mad primevil world still exists in ours.

Funny Bits: Where to begin…
· ‘So it isn’t the whole universe in danger this time, just the whole of North Kent.’
· Das the caveman makes many fascinating observations about humanity of the future but he sums us up with one word on page 52 – lazy.
· ‘You’re mouths very big,’ Jacob said suddenly. Rose realised he was talking to her. ‘I don’t know what to say to that.’ ‘Where did you get it?’ asked Jacob. Rose looked to the Doctor for help. ‘Same place I got my ears,’ he said. ‘Hmm, they’re pretty huge as well. Were they a mistake?’
· ‘My dear girl, in the time I come from nobody’s been to ‘the loo’ in 1000 years!’
· Das bites into a bakewell tart…and faints!
· Das thinks television is a window to view other tribes and his favourite is Grace Brothers of UK Gold but he thinks the invisible laughing crowd are very cruel!
· ‘At least I have somebody else to feel!’ – Quilley you pervert.
· ‘Now that’s what I call a lock.’ ‘Ah, we call it that too,’
· ‘We’ll have no secrets in our marriage. When I carry on with another woman, Rose, I promise I will do it right in front of you.’
· 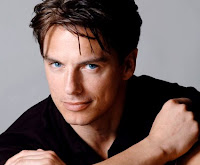 The Doctor straining to have an original idea is laugh out loud funny. When he finally manages to squeeze one out it turns out to be…leap on Chantal! Unfortunately he is restricted to one useful idea every 30 seconds so he spends a lot of time wandering about before getting his inspiration.
· Das discovers that you have to be very careful with beer because it brings you closer to the happiness of Gods and if you drink too much the Gods resent you and punish you with head pain.
· Das pulls Jackie Tyler…Jack has to intervene!
· In the future there is a pill that causes your urine to evaporate! Can somebody order me some?
· Jack has upset the mighty Caphalids who see in nine different dimensions simultaneously. Their lame multi-dimensional weapons kept firing at where he’d been and where he was going to be or where he might have decided to go in some kooky alternative universe rather than where he actually was!
· The Doctor discovers Rose under a bush with a handsome, half naked cave boy! Dirty mare!
· ‘Why disagree when you can party?’ There is actually an odd sort of logic there.
· The TARDIS translation circuit has a swear filter! ‘Who the blinking hell are you to order us about?’ ‘Did she really say blinking?’
· Cockney tribes people: ‘We’re the hardest tribe for miles around. No ones gonna try tangling with us!’ I bet Rose feels right at home!
· I adored the sequence where Rose has to marry cave boy in order to become a part of the family so she can warn them about the impeding danger! She gets slapped around the face with a wet fish and has a snog!
· Even better is where her head is lopped off her body and kept at opposing ends of a room and yet strangely enough her mouth is still as animated as ever!

Result: Glorious; a witty, creative and life affirming book which constantly innovates and surprises. It is simply written but don’t let that deceive you, there are more clever observations and witty asides here than a handful of other books. The ninth Doctor and Rose will never be written better than they are here, Roberts somehow captures their zest and energy beautifully and Jack and Das feature in some of warmest and funniest scenes of any Doctor Who book. They should have their own sitcom. The whole set up is beautifully absurd but then when is this crazy show not…but here we have Gareth Roberts let off his leash and producing something insanely imaginative and hilarious. Only Human features nudity, genitals, toilet jokes, sexual humour, cannibalism and psychological horror…but its all so fluffy you will barely notice! A rich novel, one to treasure: 9/10
Posted by Doc Oho at 01:47