Sky Pirates! By Dave Stone (or The Eyes of Schirron)

Plot: I’m still not certain and I’ve not long finished the book but here goes…The TARDIS crew are realty bomb exploded into the System, a Sloathe rampaging pocket universe. Whilst the Doctor and Benny join the mythical quest for the lost Eyes of Schirron, Roz and Chris are poisoned and imprisoned. As the nebulous, rampantly acquisitive Sloathes continue their attacks on various worlds, the Doctor discovers that the universe has been created by an old foe of the Time Lords and he must stop at nothing to defeat it…

Master Manipulator: It’s one of those books where the Doctor is just sort…there. Events wise he really doesn’t contribute a hell of a lot until the last 50 odd pages but where this book strikes out is in how other people perceive the Doctor. He is cleverly built up as a mythic, genuinely awe inspiring character through the eyes of the rest of the characters. It is an enjoyable presentation because with the important stuff (creator of worlds, destroyers of lives, master manipulator, etc, etc…) comes some wonderfully irreverent stuff as well (he sings, he cooks, he keeps cats…I mean human beings as pets…). As with most things in this book if it would just calm down a little bit it might have been the definitive peek at the multi-faceted seventh Doctor.

The Doctor seems more careworn of late. Benny, who had, at times, hated this coldly calculating, cruelly manipulative and fundamentally inhuman being was surprised at the depth of affection she felt for this small, lively and somewhat clownish man. The seventh Doctor says: “The fate of the universe can damn well look after itself for a change!” – brilliant! His companions wonder if he makes up what the controls on the console do. When the TARDIS is attacked it sends the Doctor into a schizophrenic frenzy. He has the ability to unobtrusively fade into the background. In is time he has come up against Daleks, Draconians and acid slugs down a coal mine. Cybermen have been known to break out in gold dust at the mere mention of his name. Time and again he has bested the Master in a battle of wits – which he fancies says not a little about his cognitive abilities, sartorial tastes and all round general spunkiness. Hoothi, Solarians, Greki, Sea Devils, Yeti, Silurians, Nazis, corporate arcologies, bogeymen, vampires, bodysnatchers and Bog-woppets from Altair XIV have variously known what it means to be his enemy or his friend. He does not believe in unnecessary violence and he doesn’t believe in killing anything if he can get out of it himself…when he can’t get someone to do it for him. No matter how incongruous on the surface, the Doctor and the TARDIS just happened to fit wherever they might be. Horrifically, the Doctor sings a song about everybody trusting each other in a particularly fraught moment. Described as an irritating little bugger that, like a dud penny, turns up everywhere. In the emotion filled conclusion the Doctor begs the Charon not to make him kill it.

Boozy Babe: Bernice features rather a lot in Sky Pirates (!) but she didn’t really register. We see a great many number of the exotic and insane landscapes through her eyes but I was spending so much time cutting through the impenetrable prose I didn’t really have enough time to enjoy her characterisation. I get the impression that Stone adores the character and I know he will have much more fun with her in the future. Benny again is not really there to participate in the plot but to observe in her wickedly funny and naughty way.

Bernice does not have the emotional toolkit for mindless bigotry. When Benny gets drunk the Doctor looks at her pointedly and makes her feel guilty until she stops. She cannot stand cats but understands that is really what she is to the Doctor…but being chosen by him probably put you head and shoulders above the rest of humanity. 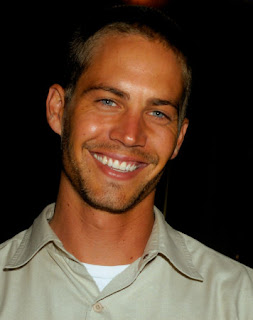 Stroppy Copper and Puppy Dog Eyes: Poor Roz and Chris. One day into the TARDIS and they are forced into the weirdest adventure since the Land of Fiction invited the Celestial Toymaker to free the Tharil slaves from the gateway and they all went to the Psychic Circus via Paradise Towers for tea. Which all took place in a miniscope. Roz and Chris are mostly sidelined, like Bernice was in Transit, not the best idea but this book was probably already written before they were shoehorned in. The ex Adjudicators are therefore subjected to much humility, forced to scrub clean evil blobs, suspended from the cave ceilings in cages and injected with alien contaminants (or widdle blobs as they like to be called).

Roz is amazed at how humungously sodding big the TARDIS is. She had spent every moment for 40 years violently kicking against her place in the world but now she didn’t know anyone or the score. Chris has bought into the Doctor and his life already. Roz is still having difficulty breaking her dislike of the unlike. She is unsure if she is cut out for this lifestyle, she thinks she has to live in a world where things make sense to her. The Doctor compliments them on how well they coped, stating boldly that they survived events that would have killed Benny stone dead. At the stories conclusion we see the two of them at their best, Chris wide eyed with glee at everybody getting on so well and Roz standing back cynically wondering how long it will last. This book might not have explored the potential between the four travellers very well but there is clearly a nice dynamic building.

Twists: The crew of the TARDIS all see a different distress call and are duped into the path of a reality bomb that explodes and gives them a hefty shove into a pocket universe. There is a great visual metaphor for the TARDIS healing itself – the words Police Telefone slowly cohering, jumbling until they are finally in the right order. The Doctor and Benny join forces with Li Shao: the barbarous Buggering Butchering Buccaneer of a Billion Bloody Battles. Poor Bernice ends up working at Mama Roca’s Nookie Bang Bang Emporium. Chapter 12 is a hilarious piece of observation and debauchery. In a truly serious moment the Sloathes attack Reklon and Roz sees an ally shot down in cold blood. Prometheus desert wastes see petroleum powered slum stilt cities dancing over the surface belching smoke. The Snata is a deathly white bloated corpse that feeds upon secretions of a humanoid undergoing a specific blend of horror and revulsion. Exploding puff marsupial venom is smeared on little arrows with suction cups and makes you go boom-kasplat! The Abomination is a creature so utterly wrong the eye refused to accept it.

The Sloathe invasion is brought to light with spectacular lucidness in a novel that barely focuses throughout…
‘You decimated the people of this system and enslaved half of the rest, ripped off everything that wasn’t nailed down, and then prised up the nails and stole them as well and you say we shouldn’t be so hard on you?’
‘Well you people have killed a lot of us don’t forget. And don’t forget we need other things to give us shape. When we arrived everybody we met went: “Argh! Argh! Horrible slimy monsters! They’re going to murder us all in our beds! Argh! Argh!” How do you expect us to bloody act?’ 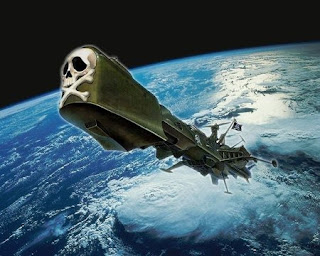 Roz realises with some humility that the Sloathe atrocities are based on the peoples of the System’s expectations of them. The entire System is revealed to be a creation of the Charon, an ancient foe of the Time Lords. There is a defence mechanism inside all Time Lords when they are attacked by ancient enemies, when the Charon fires at the Doctor his body deflects the attacks offering a glimpse at his previous incarnations. The Charon chooses to die rather than live as the last of its kind, to the Doctor’s horror.

Funny Bits: A New Adventure with a sense of humour! Praise be!
• I love the ‘stories deeper, wider, etc’ on the back of the book…finally an author who is willing to take the piss out of the range.
• Earth is described as the planet Dirt!
• ‘You look like a likely lass. Why don’ you come and have a bite on big sausage?’ – oh Benny you meet all the nice guys!
• ‘Silence! Is not to use such a word! Is lower the lofty tone no enormously end, monkey hominids going shit sod bugger all the sodding time!’
• ‘This one not much use, eh? Sleep all the bleeding time and when it wake up it just go moan-moan!’ 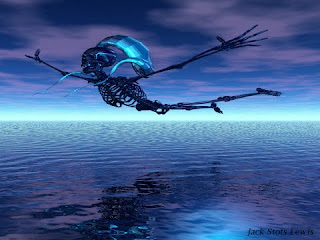 Embarrassing Bits: Who on Earth was editing these books? I am starting to think that Peter Darvill-Evans and Rebecca Levene were abstract concepts! Dave Stone has a million one ideas to offer and decides to put them all into a 337 page book…that’s his prerogative, he’s keen after all. You would think that somebody, somebody would have suggested there was a bit too much imagination and too little coherence. Sky Pirates reads like a terrifying first draft of a terrific Paul Magrs book, without the skill with English. It lacks discipline in every single department. The characterisation is so over the top it is smiling down at the top from the heavens. The ideas all jostle for attention (screaming “I’m cute!” “I’m scary!” “I’m thoughtful!”) so none of them stand out. The narrative jumps about like a flea on a griddle. Stone’s prose is either eclectically encyclopaedically schizophrenically gigglesome or an offence to the English language. It veers dangerously close to both, reciprocating wildly (and grossly and unashamedly abusing a thesaurus) whilst never managing to settle on being fantastic or just shit. I didn’t have a clue what was going on for great stretches of writing but I was kind of having fun all the same.

Result: A huge, bloated, over-ambitious and under-edited mythos of twisted imagination. Sky Pirates(!) shoots down the New Adventures touch of gold these last few books by single handedly managing to be shockingly imaginative and utterly incomprehensible at exactly the same time. Dave Stone is a welcome voice to the range, he brings with him some filthy humour and irreverence but boy does he need someone to tell him when to STOP. I have never read a book that it too too…too silly, too serious, too graphic, too deep, too clever, too long, too verbose, too nasty, too cute…it wants to be absolutely everything, do everything, say everything…and it ends up saying not a great deal. Underneath all the mad observations, crazy aliens, warped landscapes and twisted humour there is a nice plot about a lonely alien who has created a universe and wants to die. To reach this you have to delve into the furthest reaches of your sanity and plough to new depths with the English language…and god help what you become on the other side. Okay, so I exaggerate slightly, but at the end of the day Sky Pirates (!) could have been the breakout comedy the New Adventures were crying out for, instead it is a torturously complicated read dealing with some delicious ideas. Any book that I wish had started at chapter eight and had every sentence edited down to half its size cannot receive my full endorsement: 5/10
Posted by Doc Oho at 03:37