Plot: Three years have passed since the Doctor last wrecked havoc on San Francisco and now he has to pick up the pieces. Sam has fallen into a dimensional scar and a Darker version of her character has been spat out, one who never met the Doctor and joined him on their travels…

Top Doc: The best thing about the book by far, this is another excellent take on McGann’s Doctor by the daring duo. At one point he is described as ‘an overgrown student rebel, with a burning desire to get involved and a incipient messiah complex’. Brilliantly, he is aware that he knows something about everything but not enough about anything. He thinks about setting up a home for himself in the States but soon comes to the idea that it would be too easy. He makes the possible impossible, is described, as machine for dumping bad news and his manic energy is palpable throughout, rushing from one crisis to another. He is no longer as careful with the timelines as he once was and nowhere would dare to stay the same around him. He is a lot of fun to be around here and he (mostly) has excellent rapport with his companions.


(Dark) Friend or Foe: Finally we meet this evil twin of Sam’s who we have been foreshadowing since Alien Bodies, and she’s no where near as scary or memorable as she should be. Okay so she takes drugs and works in a video shop, is irritatingly cynical and suspicious and a bit of a lazy bum when it comes to working out her issues but to be frank she isn’t all that different to Blonde Sam. She is described as a back seat driver through life. When she realises the Doctor has subconsciously trying to alter her personality, treating her like Blonde Sam it really isn’t possible to distinguish the two. The only real difference is how much of sl*t this Sam is, unlike Blonde Sam who runs off for three years after planting a smacker on the Doctor’s lips this one tries to get on him in every way and then gobbles up Fitz for dessert. Are we meant to feel sorry for her at the books climax, really she is just stepping into a mirror and stepping out again, the only thing that really changes is her hair.


Although during chapter Fourteen (Hero in Use) Sam morphs into several, much more unpleasant Sam’s, one who has terrible scars from abuse and an awful attitude problem…frankly I think this would have been a far more interesting book if the authors had used this Sam for the main plot and made it harder for us to like her. Imagine how cool this would have been if the Doctor and Fitz had to force Sam back into the scar? The Dark Sam we get epitomises the book, she is far too fluffy.

Scruffy Git: Fitz is mostly harmless, and the writers exploit his casual, useless character well. He is genuinely funny in places and has one fantastic moment where he gets to rescue Dark Sam from the Henches.


Foreboding: The Doctor has a very eloquent speech about how your memories don’t make you who you are. If only he knew what was coming… Every writer these days seems to want to get rid of Sam. It started with Demontage where she ended up in a painting, then Dominion shoved her in another dimension, Autumn Mist actually bothers to kill her off and bring her back all in time for Lawrence Miles to finally and finally write her out in Interference. Kate Orman and Jonathon Blum think up one of the more ingenious ‘get rid of the PC cliché’ ideas, by bringing in her alternate self. It really shows how the writers were tiring of her character and hints her near departure. 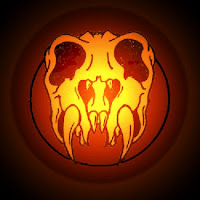 Twists: The first chapter is once again GREAT. The Doctor is stabbed and we get to look at the regulars from the POV of an alternative universe character, which is a great spin on an old idea. Dark Sam staring at Blonde Sam through the scar is such an obvious idea but its pulled of fantastically well here. Dark Sam’s personality shifts in chapter Fourteen were also well realised. In an especially wince making moment Fitz is stabbed through the head by an Inter Dimensional knife! Ouch! Sam’s choose your own memories moment with the Doctor is lovely.


Funny bits: Fitz is so dense he has been conspiring with the enemy (unknowingly) for days. Contacting the Time Lords is compared to asking your parents for a hand out! The numbered plans finally go tits up! I have been waiting for this moment a long time, and many people take the piss out of the system. Brilliantly, knowing how sensual he is, Fitz turns his mouth away from the Doctor before he can kiss him in a particularly joyous moment.


Embarrassing bits: The scene where Sam gives the Doctor a back rub and tries to get him into bed is probably the most up chuckingly horrible pieces of writing in the Doctor Who prose universe. On every level it insults, resorting the book to the level of childish fan fiction. Sam and Fitz getting it on for no other reason than they have a few hours to spare (and they quite like each other) is just as cheap but its no where nears as horrible as calling the Doctor a back rub slut. The line “At last Time Lord I have you in my power!” could be the worst piece of dialogue in the Doctor Who universe. The Blinovitch Generator is a lovely idea sabotaged by the fact that having multiple characters surrounding the Doctor would happen again (Camera Obscura) and that scene is infinitely more chilling. The book gets too bogged down in technobabble, lots of rubbish concerning biodata and unnaturalists…it is no substitute for excellent descriptive prose. The magical creatures in the book are treated as normal characters…we’re talking about unicorns and dragons…considering Orman’s later treatment of the Tigers this is a shocking oversight. They are non-magical magical creatures.


Result: There are lots of plot threads, some good (the Faction stuff), some not so good (Griffin and his technobabble hell) and it feels really disjointed because for once in a OrmanBlum book the plot rivals the character stuff for importance. The threats are not intertwined; rather they are like a check list that is ticked off one by one. There are the usual genuine character moments that typify this author’s work but considering they usually torture the Doctor and his companions in horrific ways the three of them get off pretty lightly here, the book unwilling to take the appropriate risks. Dark Sam is a huge let down after so much build up, I was expecting something horrible but instead she just a slightly rougher version of the Sam we usually hang with. I once called this book actively bad and whilst that might have been a bit ingenuous it certainly isn’t good by any means and it is by far the weakest novel to be churned out by the great OrmanBlum machine. Awkward: 4/10
Posted by Doc Oho at 02:11