Plot: The Millennium Bug is threatening to bring down the worlds technology on January 1st, and the world is not prepared. An alien force, disgusted at being defeated during their first attempt to invade, have figured out how to use the Y2K scare to their advantage and seize the Earth during the crisis…

Teeth and Curls: This is the first (real) time I have felt that anybody has captured the 4th Doctor as Tom Baker plays him (during season fourteen). All the manic energy, the dry wit, the heroism, the moments of violence and unpredictability…its all here, there were only a few scenes near the end where I feel Justin was repeating dialogue from the series for effect but on the whole this is a stellar effort. He offers a jelly baby which turns out to be a dolly mixture…what else do you need to know about this guy?

There is a sense of familiarity and confidence about the Doctor, something that engendered friendship and trust. His face seemed to consist entirely of eyes and nose. The scene where the Doctor and Harry exchange gifts is adorable, he gets Harry a bag which laughs when you clap and Harry gets him some socks with snowmen on them! They both agree it is the thought that counts. His relationship seems to have picked up exactly where they left off in System Shock, with mutual trust and compassion but also a nagging feeling that they really enjoy each other’s company too. The Doctor still talks down slightly but that’s just his way in general. The paranoid Gardner skulks around in his nuclear bunker, safe in the knowledge that nobody can access it and the Doctor just strolls in casually. He did sign the Official Secrets Act, eventually. His plans are usually devised on a whim at the last moment and have more than a element of risk. In a moment of Doctor lunacy the Doctor enjoys himself immensely driving a bloody great tank through the deserted London streets.

Right-O: I love Harry. That should be recognised before I dribble on with praise about his characterisation. He’s so thoroughly British I think it is impossible to dislike him, I like how gentlemanly and polite he is (which is a great strength of the British) and how awkward and accident prone he is too (which is a great weakness)…there is a strong chivalrous side to him, as well a strong intelligence and sense of moral right. All of this is present in this book and I personally think that writing a book primarily from Harry’s POV is a smashing idea, it works here and it works just as well with Jac Rayner’s Wolfsbane, because he adds a great deal of humour and humanity, especially to a story as techno-minded as this one. He seems to be constantly surprised throughout the group but takes each surprise in his stride. A man of action, he goes through the wars (see Twists) and doesn’t really get a single scratch. He still meets up with Sarah Jane, which is nice to see. He accepts responsibility for Sylvia’s death, accepting that she would not be involved in the situation if it weren’t for him. Harry is fab and Millennium Shock goes some way to proving why. 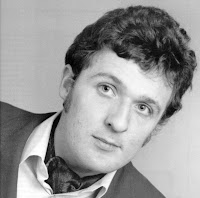 [For those of you who have forgotten the events of System Shock here is a quick re-cap of the situation with the Voracians. Vorella developed along similar lines to Earth. Technological dependence, information super highways, digital hardware and software in every aspect of life…until the time of the Great Reckoning. The Vorellans built a reasoning processor, an artificial intelligence that they called Voracia. Within an hour it had decide that organic life was inefficient and of no use. The Vorellans put up a fight and eventually won, but before Voracia was destroyed it had created some hybrids, robotic brains with organic limbs slaved to them: the Voracians. They see themselves as the bearers of Voracia’s genius and the start of a new, superior race, if they have it there way all organic life will be slaved to machines.]

Twists: Sarah Jane’s essay about the Y2K bug is shocking and powerful. George Gardner discovers a chip in Silver Bullet’s equipment that is designed to fail at the millennium. There is an attempt on his life, as they utilise pieces of equipment around his home to kill him. The sequence where the Doctor and Harry are trapped in a speeding car approaching a petrol tanker is exactly the sort of high octane entertainment this book offers. The sudden realisation that the Voracians are after the pen that Sarah gave Harry leads to a rush back to his house but not in time to stop the explosion in the front room that catches Sylvia in the blast. Andi Cave is revealed to be a Voracian, she tries to murder Harry who smashes a window and with a shard of glass slashes open her artificial face. His car explodes as he uses the key lock and tries to escape. You’ve got to love the moment the Doctor and Harry visit Kurby in prison and his head explodes! The Defence Secretary is killed and Harry is framed for her murder! The Russians have obsolete warning systems and unless replaced will possibly cause a nuclear strike on the UK and US come January 1st’s millennium crisis. The UK have supplied them with brand new equipment, equipment which has the new Silver Bullet chips the Voracians have planted – that are designed to fail at the millennium, an act the Russians could see as an act of war. Russian rebels have control of a nuclear device, which they will fire at the first sign of trouble from the West. Even the Prime Minister is implicated, albeit blindly for his own political ambitions, he thinks they are destroying the reputation of the military by making it appear as though there is a military coup of Christmas day, when the chips fail the streets will be full of peace-keeping troops. All the PM is after is the military budget to spend on other, more wothy causes. From their helicopter the Doctor and Harry watch the lights of London extinguish as the millennium hits. Having President Denning is a nice link to Option Lock. Sylvia’s death is gruesome, being shot in the shoulder and catching alight, staring out at Harry as her face boils away to reveal the metal plates riveted to her skull. The Doctor batters down lampposts and pops cars on his way through London in Fred the Tank! There is an exciting gunfight outside Number Ten, which climaxes in Fred the tank crushing Attwell. To get the full confession from the Prime Minister there is a brilliant bluff, the Russians pretending they are sending a nuclear strike to England. The Doctor adapts the Y2K sensitivity into Voractyll’s software so when it is activated and comes into contact with any date reliant system it seizes and terminates…waiting for the 1900’s!

Result: How on Earth was something this good written in three weeks? Millennium Shock is a thoroughly engaging techno-thriller, which maintains its pace throughout and is packed to the brim with exciting surprises. The chemistry between the Doctor and Harry is adorable and they make an excellent team. The prose is a little light on sensuality but considering the subject matter and the speed it is written this is forgivable and it was a wise move for Richards to return to an enemy he already knows well and further their ambitions. The plot itself is typically ingenious; it manages to be a conspiracy tale, a techno-horror (with marvellous scenes of technology being used to kill people in various ways) and a political crisis, with some dramatic turns (especially when you realise how high the conspiracy goes). If the ending is a little light just remember that the rest of the book is packed with incident and on its own merits this novel deserves a 7/10 but considering it was produced in such a hurry and still manages to be this entertaining it earns a: 8/10
Posted by Doc Oho at 22:23