Bullet Time by David A. McIntee 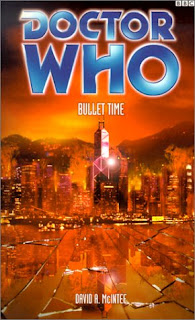 Plot: Sarah Jane Smith is thrust into a world of drugs of violence, on the trail of corruption in Hong Kong. Aliens are on Earth but what are their motives? And why does the Doctor seem to be heading up a criminal organisation?

Master Manipulator: Absolutely hilarious. I love it! I read 20 odd New Adventures before abandoning the line for something a little better written. Okay i went back after some coaxing from friends on OG/GB but that doesn't disguise the fact that I did give up for a while. One of my biggest complaints was how the Doctor was always sidelined and seen to be pulling the strings in the background, a most un-Doctor like Doctor. What McIntee achieves here is to mimic this approach but having Sarah Jane experience the manoeuvring on his part throws it into shocking light and it is actively discussed and criticised. That makes a world of difference. Whereas the New Adventures were the seventh Doctor’s range and thus you expected him to be a central figure Bullet Time is better approached (as I did) as a science fiction novel featuring the seventh Doctor. Frankly this book is more about Sarah Jane and thus the Doctor’s terrifying background presence is not only fascinating but it gives the book a real edge. It makes perfect sense that this is the seventh Doctor at the very end of his reign (I believe this is supposed to be set during the The Room with No Doors) because as the book progresses it seems obvious to both the reader and the Doctor that things need to change and the regeneration around the corner seems just the ticket.

He is posing as Pendrgaon, director of Pimms Shipping and according to one subordinate he ‘comes and goes, taking care of his enterprises around the world.’ He is a mix of madness and genius, humanity and otherness. He makes you laugh and cry, feel excited and frustrated. Pimms turns out to a front for the Triad…the Doctor is the head of a gang of thugs! He is frustrating and mysterious and impossible to predict. There was an unspoken threat, not to health or life but perhaps to the soul about the Doctor these days. Shockingly, the Doctor is willing to bring down Sarah’s career to stop her blabbing about the visiting aliens…he prints a news story discrediting her and leaving her career in tatters. Someone with the Doctor’s knowledge and abilities could be an exceptional danger. The Doctor on humans: “Why don’t you just grow up?” In one of his more heroic acts he saves Siao’s butt, not willing to let her go down for one silly mistake. He was obsessed with control and his own divine judgement about what was right and what should be allowed. He was a good ally, and opponent. Either way he was worth admiring. He admits: “I see the faces of every death I am responsible for when I sleep. Every enemy, every friend I have lost, and every innocent I failed to save. So I stopped sleeping.”

Who’s Best Friend: Can you believe that this is the first time I have had a chance to write about Sarah? What is it about the character that turns people off? 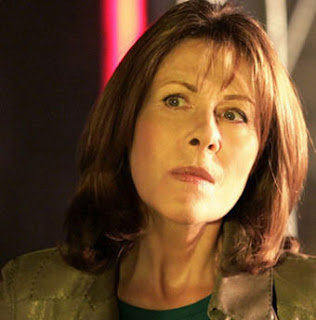 Only Lawrence Miles and Justin Richards (for one scene!) have attempted to write for her in the range thus far. The fourth Doctor has been accompanied by Leela, Romana I, Romana II and even Nyssa! Well it was worth the wait. Not only is she captured beautifully here but it is much more interesting than her just pairing up with the Doctor. Here they are practically enemies…

Sarah identified more with weary tourists than with anyone who was able to power dress of travel before breakfast. She is a syndicated headline who has been offered the chance to present Tomorrow’s World. Although she loved the atmosphere and people of Hong Kong, the climate left a lot to be desired. She hates being in the public eye. The sorts of stories Sarah chased often involved going undercover or visiting war zones. In her experience it is better to run first and rationalise later. She hadn’t heard the Doctor’s name in a long time but she never forgot. His shadow remained on her no matter what. Because he appears to be manipulating her, Sarah believes she is dealing with an earlier incarnation that has never met her at first (bless her). The Doctor had been Sarah’s best friend for years. He’d saved her life too many times for her not to feel obliged to return the favour. From her childhood the thing Sarah enjoyed most in life was poking her nose into the darkest hidden corners to make sense of why they were hidden away. She is astonished when she spies the Doctor trading drugs and guns – how can somebody change so much? Sarah didn’t want to face him but she admits she would. When they finally talk face to face she slaps him. “You’re not the Doctor I knew” she admits. “Perhaps you never knew the Doctor.” She later admits that she misses him but the Doctor tells her she misses her Doctor. In a moment that proves her worth as a friend a hundred times over Sarah tells the Doctor she does not forgive him but is willing to sacrifice her life so he can save the day. What a woman.

Foreboding: Here begins the companion executions. Sarah is shot at the end of Bullet Time which is left ambiguous as to whether she would survive on not. Soon it will be Mel’s turn. And Harry. And Ace. It seems shocking for the PDAs to start massacring companions ad nauseum but brilliantly this is tied into the main plot of the Eighth Doctor series. The Council of Eight are slowly working through time and changing history, cutting out the Doctor’s friends and their interference in the timelines. When the Doctor defeats the Council in Sometime Never he returns all of his friends lives. That allows you to read Bullet Time whatever way you like. If you want Sarah to die in a bloody shot to the stomach go ahead! If you want her to survive, that’s okay too.

Twists: In the prologue Sarah is drugged and thrown out of a helicopter over an ocean! 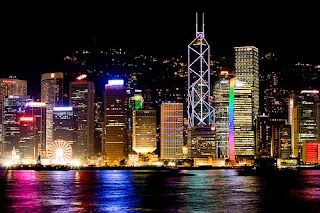 Yi Chung is attacked by aliens. There is a brilliantly high-octane petrol bomb gunfight! The image of the seventh Doctor standing outside Sarah’s flat stating ‘she’s not yours’ to a trio of triad foot soldiers who are going to assault her is very potent. We feel Sarah’s pain when she reads the humiliating news article the Doctor has printed in the paper. Tranh explodes, literally. Sing works for the ICCA and has been investigating Siao, she is exposed as a drug courier…to my surprise! Alien battleships are on their way to Earth to pick up the aliens stranded there and destroy the planet in the process. Chapter 17 is VERY cool. The CIA, UNIT and the buildings security have a face off in the Pimms building. During the bloodshed the Doctor walks on stage and demands for them to stop. The UNIT helicopter smashes into the building and it ignites, turning the Doctor’s base of action into a smoking chimney. Yue Hwa works for the Public Security Bureau! The Tao Te Lung is a trap for up and coming Godfathers and Ah Fei falls right in to it, driven by his own ambition. The aliens are on Earth to retrieve technology from a previous excursion – all they want to do is leave. Sarah forces Tom to shoot her in the stomach to divert him and allow the Doctor to save the day. In a tense moment the Doctor threatens to cause a nuclear holocaust unless Tsung backs down and allows the aliens to leave.

Embarrassing Bits: I hate UNIT these days. It was the only part of the plot I didn’t like. What a bunch of thugs! “You have to trim the thorn bushes now and again if you want a safe garden.” 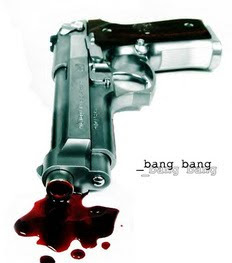 They are far too ready to point weapons and fire. All aliens are to be executed. We definitely need the Brig back!

Result: Different, and it works beautifully because of it. I love all the work done with Sarah Jane and the Doctor; I have rarely seen either character written for stronger. The first half is quite frustrating, lots of characters and plots are introduced and it can get confusing but it all dovetails well in the second half, twists flying at the reader left, right and centre. It is a mature piece of work, dealing with some very adult ideas (porn, drugs, violence) but commenting seriously and thoughtfully on criminal lifestyles. Setting the book in Hong Kong helps things along immeasurably, a great razor sharp atmosphere of terror pervades and makes it feel less like a standard Doctor Who book. If only we could prune UNIT or make them a little cuddlier it would get an even higher mark: 8/10
Posted by Doc Oho at 09:12