Plot: The Doctor, Fitz and Anji are enjoying a relaxing holiday on the musical colony of Hitchemus when the indigenous Tiger population takes control. They want to be taught how to understand music but their brutal methods cause a violent rebellion from the humans. War rages, one that threatens to tear apart the Doctor and his friends forever as he gets in touch with his wild side…

Top Doc: The Year of Intelligent Tigers is a vital chapter in the eighth Doctor’s life and one of the all time best looks at ANY Doctor and is the book which marks the eighth Doctor as a diplomat (Kate Orman and Jon Blum suggested as much in Vampire Science) rather than the conqueror (which aptly sums up his predecessor). Following the trend since the Caught on Earth arc we are asked to intimately explore the Doctor’s identity, who he is and what his place is in the universe. These questions stopped being asked in the early eighth Doctor books, and yet they are vital to returning the series back to what's important, the Doctor himself. Early scenes in this book express his indecision beautifully; when he was trapped on Earth all he wanted to do was escape and travel the stars but now he has achieved that aim all he wants is to find somewhere to belong. Home. His trip into the Bewilderness is a great metaphor for the Doctor’s wish to fit in…it is with great sadness when he admits he does not belong with the Tigers. Despite his efforts, belonging still eludes him. He brings the book alive exhibiting very Doctorish traits; throwing tantrums, dashing into danger, throwing himself obsessively into a mystery and he is painted with a touch of misery and hopelessness too which was unique until Eccleston’s victim Doctor turned up. The weather is used as a (not very subtle but extremely effective) metaphor for his whirlwind of emotions, brewing up a terrifying electric storm to stop a nuclear attack and bringing the planet to the brink of calamity just to get both sides in the conflict to listen to his pleas for peace. Just picture him, his long hair cut off, his clothes torn to shreds, battered and bruised and playing with bunch of kittens in the heart of the enemies camp. This man could do anything…The Year of Intelligent produces a re-invigorated Doctor who can control the elements and walk away from a conflict where the violence has sickened him. “Save your own world for a change,” he shouts amidst a battlefield. We have a brand new, unique Doctor, fully refreshed after his one hundred year makeover.

He could outpull Fitz to a factor of a thousand, Anji thinks, if only he would show an interest. Whenever there are people in trouble he has to stick his nose in. He only gets drunk when he wants to. He thinks his own lifestyle sounds ridiculous and at one-point turns on Karl and snaps “You’re just jealous. Because I’m something more than human.” He was lonely rugged sailor in 1935 when he first discovered music, trying the violin for the first time and gives in to the music, wrapping himself around the instrument crying, scared if he stops he wont be able to start again. He tells Big he will never be human. He has a photo of Miranda in his pocket. He wants a happy ending and is perfectly willing to drag it out of them, seeing hope in everything. He is too much in love with being in the world to be able to view from the outside. He can’t forgive Karl at the end, only understand him, his passion is for life and not vengeance.

Scruffy Git: Described as someone you wouldn’t want to share a taxi with. It is only after he has rested up on Hitchemus for a month that he realises how brave and stupid he could be on their reckless adventures. His best scene comes later, where he improvises a band to play for the people on the eve of battle, a chance to remind them all what they are fighting for. Considering his character specifics, a sleazy, sex crazed bum from the sixties Fitz is capable of incredible depth and pathos and this is a good example of a character growing up and offering something nobody else could. It is a triumphant scene for Fitz. His love for the Doctor shines from every page and he barely even considers leaving him despite the fact that Hitchemus is the perfect planet for him (paying his way with music). Described as a fearless agent for the Resistance! He realises the Doctor isn’t the magic cure for everything but he sure does win a lot.

Career Nazi: Sometimes Anji feels she is stuck in outer space but not on Hitchemus, she feels she is the ultimate tourist. If she went back to Earth now she is scared that she would feel like an alien. Her tempestuous relationship with the Doctor continues and here she gives up on him totally as he walks out on his friends and joins up with the Tigers. I can understand why people were resistant to Anji at first as she isn’t portrayed as your usual, dappy, I’ll put all my faith you bint but rather a strong willed woman with her own opinions that conflict with the Doctors. It helps that the Doctor is acting so strangely these days, not at all like his old fluffy self and some of Anji’s accusations are genuinely valid. She is so disgusted with his inhumanity (stepping over her friends corpse without a second thought) she is perfectly willing to blow up the storehouse with him inside. She needs to know why he helps people and realises in the Doctor’s weather controlling climax that he isn’t mad but totally, utterly himself. In a moment that solidifies their friendship finally she laces fingers with him and faces a wall of angry Tigers pounding towards them. Anji admits that leaving the Doctor and Fitz behind now would be like leaving her family.

Foreboding: In the dramatic climax an eye in reverse appears in the bruised sky, staring down at them. Watch this space… 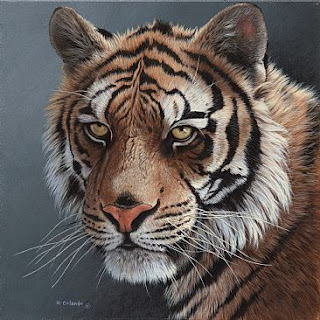 Twists: The opening chapters are genuinely accompanied by an entire orchestra (go on, listen, you can actually hear it…). The atmosphere of the planet crackles with music of all kinds, Anji is assaulted by noise from every direction and the Doctor’s manic violin playing is dizzying realistic. The sedate, charming opening reveals the TARDIS crews month spent on Hitchemus, a hugely different beginning to any other EDA. Hundreds of Tigers stalking through the streets to reclaim the town in a frightening image. The Doctor, dressed all in black, swooping down a hill on a horse to save Karl, is a memorable image. In a moment of panic Anji stabs a Longbody. At one point the Doctor stares down at the fighting on the spaceport, the flashes of red and orange on the tarmac. In a top dramatic moment, the Doctor steps over Besma’s corpse and Anji screams, “You had a chance to be human and you just stepped over it.” The Doctor tells her if she doesn’t calm down the Tigers will kill her to which she whispers, “You’d let them?” The abducted orchestra play a symphony for the Tigers and in defiance of their captivity smash their instruments to pieces. It is revealed that that control the weather they will need to get into the second storehouse, which will burrow from the ground and destroy the city! Stunning drama when Karl opens the floodgates to save the Doctor’s life and he ferociously grabs the conductor and drags him to a window so he can see the corpses flowing in the scummy water. The climax is amazing, the Doctor standing over the bloody battlefield, reaching out to the heavens, causing a terrifying storm that finally grabs everybody’s attention. 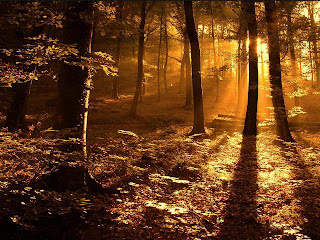 Brilliantly, he destroys the spaceport and leaves them stranded on an unstable planet where they will have to work together to survive.

Funny bits: In what appears to be an important moment the Doctor has a flash of memory…the recipe for making chocolate martinis!

Result: What an amazing book this is. Kate Orman effortlessly breathes music into her story and creates a world that comes alive in so many ways, more than making up for the fact that we have stuck on Earth for so long. The book is peppered with beautiful descriptions, evocative locations and startling emotion. The regulars are defined magnificently, especially the Doctor who is such a far cry from his earlier persona (for the better) it is impossible to reconcile the two. His negotiations between two explosive camps and his despair at their violent reactions is riveting to read. The Tigers, an idea that could have been so naff, turn out to be one of the best ‘alien’ races we have ever met and the mystery surrounding their origins is well worth sticking around for. I read this in half a day, unable to put it down, captivated by the striking narration and vivid characterisation. It’s a unique piece, nuanced and sensitive, slow and sensual. My favourite Kate Orman book by miles: 10/10
Posted by Doc Oho at 22:44