The Stealers of Dreams by Steve Lyons

Plot: On the planet 4378976.Delta Four dreams have been outlawed. It is a crime to tell stories, to lie, to hope…it is a crime to dream. Enter the Doctor, Rose and Jack Harkness who are ready to turn dreams into nightmares…

Northern Adventurer: Lyons captures the nastiness of the ninth Doctor really well. He insidiously works his way into this world and knowingly plays on people’s delusions. He quite harshly berates people for refusing to give in to their dreams and publicly exposes people to social ridicule. Not altogether a nice person to be around…but he gets the job done.

He attacks his food with the same gusto with which he tackles Autons and Slitheen. It has been a while since he was called eccentric. He has a relaxed attitude to stealing since he will probably be saving their planet shortly. He has inquisitive eyebrows and wide blue eyes that hold a gentle, mocking quality. He isn’t crazy, he’s a genius. He ably talks a gunman out of hurting anybody without batting an eyelid. He never likes to stick around for mopping up. He is a mass of energy and authority. He never pretends that he could save Rose from everything. You have got to love the ending of this book where a TV Show is created to chart the Doctor’s adventures, introducing new ideas to kids, letting them go to sleep happy that there is a monster at the foot of the bed.

Chavvy Chick: Oh Rose Tyler. People’s opinion of Rose is so weird. When she first introduced in the first Davies season we were all heralding her as the best companion ever, a genuinely likable working class gal with some attitude. Then when she had settled into the role and was shoved next to the equally glib tenth Doctor suddenly she was smug and jealous and annoying. Since Rose we have been introduced to the sexier Captain Jack, the smarter Martha Jones and the funnier and more mature Donna Noble. Poor Rose. Yet I don’t think we should ever forget what Billie Piper and Rose brought to the series, a sense of wonder, a contemporary edge, buckets of charm and an audience identification figure for the girls (a hugely important job). Here Lyons manages to take Rose and with just a few tweaks turns her into a twitchy, nervous, paranoid version of the normal Rose we see on the telly. She finds menace in every shadow and conjours a fake Doctor out of thin air to help solve her problems when she can’t do it herself. A frightened, incapable little girl who wants protection.

She finds this planet disappointingly mundane, office blocks and traffic. The Doctor made Rose see that the world isn’t black and white. She lets fiction energise but not control her. She is often torn when the Doctor insults human beings, feeling slighted at the insult to her species and flattered because he made her the exception. Rose doesn’t want the Doctor to pretend he can save her from everything.

Hot Homo: You couldn’t always believe a word Jack says. Brilliantly when a report is put out to warn the citizens of the intruders Jack is said to have lethal charisma! He wanted to be the big crook when he was younger, the romance, the glamour, the adventure…he got all that with the Doctor, but better. Jack was fated to die in a blaze of glory, at a time and place of his own choosing, when and where it really mattered. Jack w

as still getting used to the fact that he didn’t have to pull the rabbit out of his own hat every time now. Don’t feel bad for Jack only appearing in three Doctor Who books…he has had 16 Torchwood novels produced already.

Foreboding: Jack tells an amusing anecdote about the Face of Boe on page 75…this guy just doesn’t know when to stop tempting fate!

Blaidd Drwg: ‘We’ve got good reason to be afraid of the Big Bad Wolf.’

Twists: The prologue is fantastically creepy, Kimmi trying to convince herself that the monster under the bed isn’t real before it attacks her! A world of no imagination, no escapism, no lies and no fiction…absolutely terrifying. Fiction is all about possibilities, hopes and dreams. If you can’t conceive of anything bigger how can you build it? Fiction geeks are sociopaths who cannot engage with reality so they retreat even deeper into unhealthy fantasies (even reading comics!). During the hostage scene we get to see the danger of a repressed imagination, Inspector Waller experiences both the truth of her and the Doctor taking the gunman down and the fantasy of his blowing the building sky high. It is a nice narrative trick…the character uncertain which is the truth (and thus neither are we). There is a brilliant double twist, the more obvious twist that the tramp is Hal Gryden, the head of the revolution…and then the even better twist when Jack is taken to his secret studio where he makes is broadcasts which is just an empty warehouse! The tramp is just a fantasy crazy nutjob! Very well done. I loved the line: ‘You need to make the truth sound plausible?’ Waller makes a halfway convincing case for this society: ‘Look at what it cost them. Our ancestors flirted with madness. They let their criminals run rampant, accepted that their leaders would always lie to them, fought wars over things they couldn’t see. Billions of them have suffered and died to give us what we have now. A stable and workable society. A reality in which we can all live, in which we don’t have to dream anymore.’ Life on this planet is described as a way of getting from birth to death. The end of chapter 9 is really creepy…Rose’s note to Dominic ‘You see he is real’ about the Doctor, when he is the one reading the note. Chapter 11 is cleverly written to include the Doctor but only from Rose’s POV. The TARDIS is described as a fat, chunky cabinet, nestled between the trees. A rich, dark blue. There are a barrage of great twists at the end of the novel. Kimmi is revealed to be Inspector Waller. Hal Gryden never existed (‘You said you were watching Static. You were more right than you knew.’) Technically the Doctor is Hal Gryden; he broadcasts himself on TV (‘The best way to stop someone dreaming is to make their dreams come true.) Inspector Waller is revealed as a fraud, truly fantasy crazy: ‘Ironic isn’t it, ‘Inspector’ that you’ve spent so long denying other people their dreams and all the time you’ve been living yours!’

Funny: There are a number of hilarious moments Lyons works from his crazy premise…
· Mrs Helene Flanigan is the luckiest woman in Sector one-Beta this evening. Usually when the 31 year old schoolteacher drives home from work in her seven year old 1.5g injection Mark 14.B family vehicle, the journey takes her an average of forty-two and a half minutes. Tonight, though, she made it home in half that time. The reason? Every one of the traffic lights on her route home showed green. Earlier, we asked Mrs Flanigan what she did with the time she had saved. She spent it watching TV.
· A woman accused her young neighbour of playing unapproved music, but the girl had retaliated with the more serious charge that the complainant was imagining things, and both were now under medical observation.
· Jack cheekily suggests that the Doctor, Rose and he all share a bed!
· ‘No wonder there are no politicians. I bet they were the first up against the wall.’ In a world of no lies, the political system crumbled!
· When the hostage situation is over they realise the fantasy crazy nutter’s detonator was in fact a TV remote.
· She lingered on the live feed from a courtroom, where a woman was petitioning for divorce on the grounds that 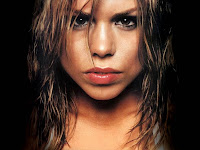 he husband had destroyed her confidence with a campaign of malicious lies: ‘He specifically and repeatedly assured me that my bum did not look big in that dress, and yet when we arrived at the restaurant…’
· There is no security in the Big White House because nobody can imagine breaking out!
· The Doctor warns Dominic about the TARDIS: ‘And while you’re here have a good walk round, get used to the size of it. It’ll save you some time later on.’
· The real name of 4378976.DeltaFour is Arkannis Major. Which everyone agreed was a bit dull.

Result: ‘If is a dangerous word.’ The Stealers of Dreams will give you a lot to think about, whatever you think of its literary merits. It is classic Steve Lyons, taking one big, clever idea and milking it for all the imagination (oh the irony!), scares and chuckles. Whilst the subject matter deliberately makes the tone of the book clinical, it is constantly innovative and full of small, clever details that see this concept explored very well indeed in a short space of time. It is one of the few times I feel an NSA needed more breathing space, a few more characters and some more light relief would have made this a more rounded novel. There is a rushed feel to the book, with a limited word count the world had to be set up, explored and torn down in limited time. It is a valiant attempt to producing something more thought provoking than usual; a clever book which deserves more kudos than it receives. A well-plotted, twist-loaded book with a nightmare concept: 7/10
Posted by Doc Oho at 15:50