The Room with No Doors written by Kate Orman

Plot: The Doctor can feel the shadow of his eighth self-hanging over him. Chris is still feeling the effects of the horrors of the last few months. A Victorian time traveller and a fanboy appear in 17th Century Japan. Together the four of them must stop a massacre as warring lord’s fight over alien technology that has fallen to Earth…

Master Manipulator: The seventh Doctor is a different person depending on the writer who is taking care of him. His portrayal by Orman here is so different to the mythological, to-be-feared God that Mortimore wrote in the last book it is hard to reconcile the two. Therapy was desperately needed for this character before he was taken down in a hail of bullets in the TV Movie and this book spends a luxurious amount of time getting close to the most evasive of Doctor’s. We see him through the latest crisis, which is just an excuse for him to come to terms with his past and move on to the future. I’ve spent too long reading these New Adventures to know that had they continued with the 7th Doctor at the helm we would have seen the return of the master manipulator after whatever resolutions he might come to here. We’ve seen it before in No Future and Human Nature. However at the end of his reign it is nice to see the most troubled Doctor coming to terms with himself.

The Doctor is 1003. The Doctor is humble, almost bashful in the Roshi’s presence. He wants to know the hour and place of his regeneration, he wants to choose, for it to be on his own terms. He wants it to mean something. He thinks there is something attractive about the prospect of being able to pass the baton, laying down his burdens. Time won’t have her Champion much longer. He would never have the patience to become a monk; his mind is in a hundred places at once. The Doctor didn’t fit in anywhere, not even with his own people. Time Lords never laugh, if emotion is in their hearts they are expected to silently quash it…no wonder they hated him so much and found him so distasteful. When the Doctor’s eyes caught yours you get a dizzying sense of age. Where others tumble on the brink of eternity, the Doctor goes bungee jumping. With a bit of luck he won’t be awake for the next one. He is so jittery and angry because he knows it is coming and he knows he is going to be helpless. After regeneration you suddenly see patterns that you never used to see.

There is a marvellous rewriting of Head Games in this book that sees the absurd notion that the Doctor trapped away the sixth Doctor so he could exist. I said at the time that it was the work of a deranged mind, his fears made real by the fictional energy warping reality and I was right. The Room with No Doors sees the Doctor reconcile this insanity, brushing aside the feeling that his previous incarnations are fighting him as individual units and accepting that they are part of him. The sixth Doctor refused to plan and anticipate because he was scared that he might become the Valeyard and so would not do what needed to be done. When the Doctor is buried alive by Chris his first thought is ‘we think we deserve this.’ It is all too easy to take the chain of metaphor literally. But we’re not separate: we’re a chain of cause and effect. I think I deserve this. I keep thinking as though I killed him (the sixth Doctor) but I didn’t. I’m not dead. I don’t have to die to be free of this. I can let go of my past without letting go of who I am. I free myself from the task of being perfect and handling everything. No more self-accusation. I don’t deserve it. No one does.

You get the impression that the seventh Doctor is so used to fighting he began fighting even himself. He realises that by being who he is, by fighting the good fight, he is all of his past selves. They aren’t fighting him, they’re helping him. They aren’t judging him, he is judging himself. And he has found himself a flawed but righteous person. He is at peace with himself.

Chris asks: ‘But if you get a different personality, isn’t that like dying? Where do you go?’ 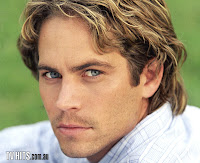 Puppy Dog Eyes: Can you think of any other companion who was treating to this amount of development in such a little time? Bad Therapy and The Room with No Doors have seen Chris come out of his shell and blossom into a fully-fledged character in his own right. All it took was the destruction of everything he cares about! Whilst I still don’t find Chris to be the most riveting of characters, he’s either gooey eyed wonder boy before Roz’s demise and soppy arsed no hoper after but at least he is displaying some kind of autonomy and character. 20 books after his introduction and 1 book before his departure Christopher Cwej displays some character. Hallelujah!

Chris would not be alive without Liz Shaw. He is trying to write a note to the Doctor to explain why he is leaving. Chris is 26. He wonders if he is the Doctor’s apprentice and wishes he could be more like him, no hesitations, no doubts…or at least very few. At one point Chris wants to get back under the covers and hide from the adventure, a far cry from the Chris of old. Is Chris enjoying the company of men again? He and Joel share a bed and Joel strokes and kneads his back when he is aching. Sometimes Chris wishes he was a traffic cop again. He wants to know why bad stuff keeps happening. He misses his parents terribly. Chris is having so many doubts about his ability to bring justice, to not screw things up. He spends a quiet moment in the dark talking to the Goddess. He had been 14 and playing basketball when Chris first thought about dying. It was weird knowing it was going to happen no matter what. Rather wonderfully this book brings up how Chris casually murdered two people in Just War, a criticism I made myself of that book. Chris asks the Doctor if he is training him, changing him. He doesn’t want to be like the Doctor. He can’t stop thinking about what will happen if he screws up, he’s scared of outliving everyone he knows. He’s found his limits and he’s not broad enough. He wants to be a hero again, he’s tired of watching good things, good people being destroyed. He has come to the conclusion that he is too nice for this dangerous and ambiguous life of the Doctors. Once he thinks the Doctor is dead Chris steps up to the plate and saves lives. He realises he has been manipulated into feeling this way but still realises that he managed without the Doctor. Maybe he was worth dying for.

Foreboding: The ultimate foreboding experience. The Doctor’s regeneration hangs over this novel like an evil spectre, waiting to pounce. When the Doctor takes an arrow through the chest you have to wonder if this is the time. Chris’ departure is given a lot of consideration too. It’s the first we see of Penelope but she would return for a cameo in The Gallifrey Chronicles where it is strongly hinted that she is the Doctor’s mother. If that was the case I would be overjoyed, she displays all the wit, the intelligence and the brazenness I would expect from the Doctor’s mother.

Twists: The prose describing Japan on pages 16-17 is beautiful. Regeneration is supposed to done in medical centres, slowly and with assistance. It was never meant to be an emergency measure. Penelope Gate is a Victorian time traveller travelling with Joel Mintz. Penelope’s clockwork time machine is a hansom cab, what a fabulous idea. The Doctor holding the little girl with the arrow piercing both of them is a delicious metaphor for his meddling, that sometimes he makes things worse.

Embarrassing Bits: Joel Mintz. Well, anything from Return of the Living Dad really. Joel is supposedly older and wiser but acts more like a kid in this than he did in the former novel. It feels as though he is just there because. He wants to introduce computers to the world of 16th Century Japan for no reason I can determine. He fondles about with Chris, has a few tantrums and is taken back to his right time. Odd.

Result: A wake before the Doctor’s death, The Room with No Doors explores regeneration better than any other story and provides much needed therapy for the 7th Doctor so the 8th can spring into life with no regrets. There is poignant, foreboding atmosphere to most of the book, a feeling that things are coming to a close. The setting is nice but I didn’t really care about the plot at all, it felt oddly muted compared to the intense character work that was being explored. It’s a subtle, sensual novel full of great dialogue and real sentiment but there is about 100 pages of plot and 100 pages of character which still leaves this short book feeling padded. I am so pleased Kate Orman wrote this before the New Adventures ended, after the underwhelming Sleepy, the abysmal Return of the Living Dad and the rushed So Vile a Sin I was starting to wonder if she was going to be a one hit wonder. This restores my faith in her writing completely, a charming piece and some much needed tidying up before the Doctor departs the Virgin series: 7/10
Posted by Doc Oho at 16:51