Plot: Sinister experiments lurk beneath the exterior of Frontier Worlds glowing reputation and Fitz and Compassion are on the payroll to try and sniff them out and expose them. But where is the Doctor…and what’s all this panic about a ruddy great plant monster?

Top Doc: It appears the Doctor is on a mission to domesticate Compassion, after indicating he would like her to interact with people more he sets her up with a life on Drebnar. He spends much of the book leaping between one exciting James Bond set piece to another with little chance for his personality to shine through. It’s another example of the eighth Doctor in generic Doctor mode, he is angry at the bad guys, outfoxes them at every turn, but there is little here to single him out as the eighth Doctor. Although when he kicks in Sempiter I was pleasantly surprised, its rare to see that sort of anger from the eighth Doctor, and his vicious temper when Fitz and Compassion start the fire in the crop field makes for good reading.


Scruffy Git: Finally we get a book where Fitz’s natural charm shines through. We are fortunate to get most of his scenes directly from Fitz’s POV which gets us very close and personal with the guy. For once, a failed romance of his devastating, especially with Alura’s death, which is directly Fitz's fault. His tentative relationship with Compassion is great too, you really feel for the guy as he is on the run with the Ice Queen from hell, not sure if she even likes him enough to tag along with him. With his guard down he reveals some saddening opinions, feeling the Doctor only keeps him around on sufferance and that he might have been remembered (by the TARDIS) wrong. Compassion recognises that he is valuable because he thinks of the most obvious thing first whereas she and the Doctor will go into more detail on these things. She later tells him he is the Doctor’s dog, one who sits up and begs on cue. 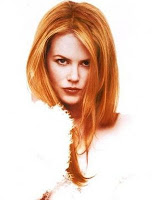 Stroppy Redhead: Yowza! Now we’re talking some real development. The Doctor thinks Compassion hates him because he wants her to care and she later admits that she wont be trained and that she will be charge of her own destiny. The Doctor thinks she is susceptible and vulnerable, but she shows little signs of that as she dominates the book, killing Ellis (twice) beating lots of people up and proving extremely adept at subterfuge. Her domestic bliss with Fitz is great to read, especially her disgust at him getting so involved with people around them.


Foreboding: The Doctor dreams of Compassion being swallowed by the Time Vortex and she admits at the climax that she actually dreams of it.


Twists: There is a great James Bond-esque opening sequence with Dewfurth splattered on the rocks and the Doctor falling down a sheer rock face and landing on top of a cable car. The fish in the lake are marvellous, burning the ice and claiming their victims. Sempiter’s change of flesh like shrugging off a jacket is disgusting. Finding Alura dead with the scissors in her neck is a harsh lesson for layabout Fitz. One of the most satisfying moments in ANY Doctor Who book comes when Compassion embeds an axe into the skull of smelly Ellis. Undeterred he returns to life and she proceeds to cleave him to pieces (she is just so cool!). The chase in the wheat fields with Fitz and Compassion being menaced by a combine harvester is the best piece of writing Anghelides has ever written, it is teeth grindingly gripping. The Doctor dropping in on Frontier Worlds by crashing flyer through the main entrance is one of his more spectacular entrances for a while. 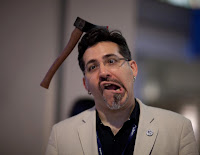 Embarrassing bits: Anghelides obsession with poo returns (what’s that all about?). The Doctor admitting his pants are from M and S is something I never wanted to know. There were some terrible puns in there that made me cringe (the e-mail of the species is more deadlier than the mail…).


Funny bits: The staff of Frontier Worlds are terrifying, stinky Griz Ellis, bruiser Kuptyen, melodramatic Nadaly. The ‘Now that was funny’ gag is genuinely funny. The cheeky robot that mimic’s the Doctor’s eccentric behaviour is hilarious, one of the best characters in the book. Brilliantly, Compassion snogs Merdock to distract him and give Fitz a chance to escape. Compassion takes the piss after she smacks Ellis in the head with the axe by copying his irritating saying ‘Big mistake. Mega mistake.’


Result: A huge step up from Kursaal, this is an entirely character driven book and on that level it is brilliant, with the regulars being fleshed out with some considerable skill. It is long past time the EDAs had a line up of regulars as good as this, kicking the ass of the Virgin ones because they are not lumbered with soppy Chris Cwej and hard bitch Ace. The plot is made up of lots of gripping and entertaining set pieces which ensure the piece roars by in fine style. It is a fun piece with loads of cool bits (if you get bored just read a few more pages and something enjoyable will happen) and the prose itself is pretty wholesome. Compassion and the axe is so cool it deserves mentioning again: 8/10
Posted by Doc Oho at 09:24