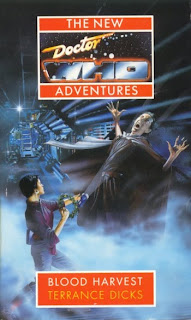 Plot: The Doctor and Ace have set up a dive selling illegal booze in 1929 Chicago, trying to keep the gang rivalry under control. Bernice has been dumped on a mysterious planet in the grip of vampirism, where she meets a beautiful woman who calls herself Romana…
Master Manipulator: Terrance Dicks understands the Doctor, any Doctor, better than any other writer and he knows, deep down what we want to read about. Which makes his decision to have the Doctor running an illegal boozer and rubbing shoulders with Al Capone all the more brilliant. It’s not as bold as all that but for Dicks, who likes sticking to the status quo, this is his first real step into the New Adventures. The Doctor knows he can leave his protection to Ace. He effortlessly gets close to Al Capone, just by being forthright with him. If he stays in Chicago too long he fear he will become the first Gallifreyan alcoholic. He is listed in the Gallifreyan files as a wandering fugitive, a suspected traitor, an assassin and Lord President!
Boozy Babe: Terrance had the choice of stranding Ace or Benny in the vampire planet plot, and of course he chose Benny. Again effortlessly holding her own, Terrance gets Bernice’s voice just right. She does booze it up a bit much but she is as inquisitive and perceptive as ever. She cannot resist the lure of an untouched burial ground. She is always telling Ace she has perfectly adequate military training but Ace never quite seems to believe her. She is described as an eccentric sort of pet for the Doctor.
Oh Wicked: The description of Ace in a slinky black number is extremely refres 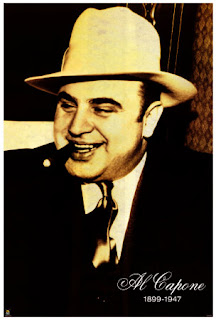 hing, indicative of this softer examination of her character. Okay so she is back in that hideous black combat suit by the end but the thought was nice. She is not a chorus line cutie and she has a good strong humorous face. She is described as a sleazy Chicago gun moll! Ace’s courtship ritual seemed to consist of her exchanging insults. By having Dekker fancy the pants off of Ace we get to see something of the teenager in her again. Meeting somebody as cynical and professional as herself, Ace is somewhat smitten, even if she would never admit the fact. In a very sweet coda, Ace and Dekker realise they are about to part company but admit they will ‘always have Chicago’.
Foreboding: The re-introduction of Romana to the series has serious implications for the range. Having her settle back on Gallifrey sees her in the prime position to climb the ladder and help and hinder the Doctor in future adventures. Is it foreboding or looking back if the events in this book lead into a book that is yet to be written but actually takes place in the Doctor’s past? Either way, Yarven is deposited on the Earth for the (fifth) Doctor to handle in the first of the Missing Adventures, Goth Opera.
Twists: Dekker is a fabulous character and seeing the Chicago sections from his point of view gives the clichéd events an authentic feel. Let’s face it, anyone who can melt Ace’s heart has got to be worth a dime or two. Doc’s Place is just a lovely idea, a 3 storey maison bar with a tinkle of jazz. On the Hydrax, Bernice finds the body of a young woman hanging upside down, throat slit. There are several shoot outs on the streets of Chicago – especially when bullets destroy the Hawthorne façade with the Doctor, Ace, Dekker and Capon under tables – that you just know Terrance adored writing. Bernice’s solution to the problems between the Lords and the Commoners is simple – the House of Lords and the House of Commons. Kalmar’s murder is shocking. The vampire attack breaking up the all out battle in the woods is bloodthirsty. The being behind all this chaos is Agonal, an elemental, who doesn’t course the conflicts in history but escalates them when they have been started. Capone smashing a head in with a baseball bat and turning on the Doctor proves quite tense. Zargo, Aukon and Camilla were reg 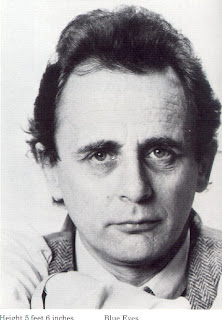 enerated as mindless killers. Just as the Doctor is about to trap Agonal…he is timescooped away! The Great Vampire rises from his grave and is vaporised by the sun. Borusa has had a lot of time to think over his misdeeds. Rassilon wakes up, but then goes back to sleep.
Funny Bits: Terrance is taking the mickey out of himself… “Wheezing and groaning…what kind of Eejit would make up a description like that?”
After a whole book of three mysterious characters repeating the same creed over and over again one of them has finally snapped: “Let’s disperse of the ritual chant for once, shall we? It’s beginning to get on my nerves.” Echoing the reader’s thoughts.
The Doctor’s reaction to the Gallifreyan torture device: “Oh no” he said wearily, “Not the Mind Probe!”
Embarrassing Bits: More shocking Ace dialogue: “Only breaking up bar room brawls is a bit of a come down for someone with my training. There’s bound to be a nice little war going on somewhere in the galaxy.”
Within two chapters Bernice goes to the village, talks to Ivo, goes to the Tower, discovers it’s a spaceship, is attacked by a Vampire, discovers it is Zargo and finds the remains of a Scout Ship stabbed into the ground…right that’s everybody caught up on State of Decay then!
Capone is great fun, but some would consider this portrayal (as a gentle Uncle) as an insult.
Agonal causes suffering…because it amuses him. Great motivation, that.
The last 30 pages see a deluge of continuity: The Five Doctors (Time Scoop), The Deadly Assassin (Spandrell), The Brain of Morbius (the Elixir), Carnival of Monsters 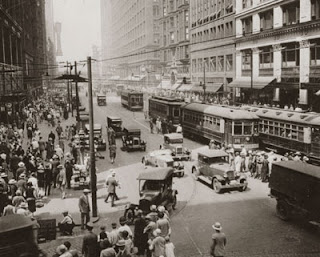 (Drashig).
Result: Uncle Terry does not have the willpower to sustain a novel so writes two stories concurrently and fills out his page space. Not only that, the Chicago plot just about gets going and stops suddenly and the Doctor hops over to the E-Space plot and sorts out all the nonsense going on there in five pages. Then the whole story is wrapped up with a load of nonsense on Gallifrey. But none of this matters because Terrance Dicks is in the driving seat which means no matter how nonsensical the plot is the writing is deliciously fun and the whole thing rattles along with real charm and warmth. He’s pillaging his old stories again but who cares when you have the awesome notion Bernice and Romana joining forces. The Chicago sections were clearly his favourite; this plot contains some of his best prose I have ever read, full of sights, sounds, smells and tastes. It is all as thought provoking and deep as you can imagine but any New Adventure that ends with Ace off on a date, the Doctor playing the piano and Benny singing the blues gets my vote: 7/10
Posted by Doc Oho at 18:59