The Also People by Ben Aaronovitch

Plot: The Doctor takes his companions to paradise, or at least the closest he can find. Chris and Roz fall in love, Bernice has a moral dilemma to consider and the Doctor befriends a sentient parachute. Everybody goes to fabulous parties and bread is baked in abundance. Children are conceived, passionate sex is enjoyed and the Doctor is beaten at chess. Glorious.

Master Manipulator: He is very playful throughout this novel, balancing a tea tray on his head and playing the spoons to cheer everybody up. Despite his sartorial inadequacies, the Doctor was good value as a party guest. He tended to ask more questions than he answered. He found it hard to know what the right thing to do was. The lesser of two evils is still evil. He is too naïve to realise that there aren’t any simple adventures. His doubts make him more human than the monsters he fights. The Doctor finds falling out of the sky very peaceful, a chance to think. He knows Bernice will discover Kadiatu but rather than defending his actions he lets her make the decision about whether to keep her alive or put her to ‘sleep’. Brilliantly when she viciously reminds him not to act without her decision he responds, ‘It’s not my problem now.’ In a charming scene he relaxes in a night time café, performing in from of a small audience. If he has stopped more wars than had hot dinners…how many had he started? Brilliantly the Doctor floats before the most awesome and fearsome warships ever devised and he comments, ‘I just want you to know there is absolutely no reason to be alarmed.’ He wanted to give him his responsibilities so badly it ached in his chest. He tells Roz he appreciates her, simply because she doesn’t push him for information or judge, a refreshing change from companions past. If he had to, he would kill for his secrets.

Boozy Babe: Astonishing characterisation of Bernice, beyond anything even Paul Cornell gave her. Meeting Mel had been a window into the Doctor’s past – she had seen a simpler, more innocent Doctor, a far cry from the homicidal monster she knew. If he says its safe, Bernice puts a knife in her boot. Her relationship with saRa!qava is just gorgeous, mildly flirtatious and utterly respectful. Bernice’s room on the TARDIS is strewn with clothes and possessions, saying this my stuff, my space. She finds Roz’s constant winding up of everyone annoying. She has too many bad memories about the difficult times with Ace to want to repeat the exercise with Roz. Bernice has no academic credentials, no fixed abode but she does have her name, the one thing remaining of her parents. When she discovers Kadiatu she is appalled that the Doctor has once again lied to her, she is sick of his excuses, his lies and his justifications that the ends justify the means. ‘If you do this thing, you and I are finished.’ she says about his desire to kill her. She walks away from him, ‘My decision. Just you remember that.’ She has a wonderful dream sequence where she is discussing the future of Kadiatu with a Dalek, a Cyberman and Grinx the Sontaran. She still thinks of Guy and knows it would have worked out with him. She has kept her diary since she is very young, it puts things in perspective and is somebody to talk to. Her agonising decision over Kadiatu’s fate proves just how far companions have come since the TV series. 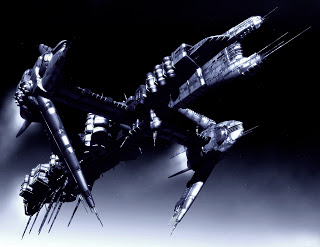 Stroppy Copper: Besides Lance Parkin’s Just War Roz would never be characterised this well again. Just read this stuff, its divine. There doesn’t seem to be very many alien races Roz hasn’t personally insulted, blasted, shot at or arrested. Inyanthi is Roz’s clan name which means Buffalo – notoriously stubborn and bad tempered. Her Mama always thought she was too scrawny, her breasts too small, it pained Roz to think she didn’t fit the Xhosa maid ideal. She wanted heritage. Roz handles babies like they might explode any minute. She doesn’t like parties, making conversation she didn’t want to know. Her mother was intolerant of failure. She had done her fair share of waking up in strange beds but after a while sex had lost its charm. It was too messy, too sticky and too biological. When she talked about her childhood Roz could almost believe she enjoyed it. Her room on the TARDIS has a regimental air about it, a feeling of temporary accommodation. Bernice asks her why she antagonises people, ‘Because it’s easy.’ She spent hours of her childhood trying to walk like a woman, with her mama lamenting her for being such a graceless child. She gloriously states, ‘You’re right but since we’ve been with the Doctor I’ve found so many new things to really hate that all the things I thought I hated have begun to look much more attractive. I suppose it’s true, travel really does broaden the mind.’ She hates herself for crying when she is drunk and finds herself screaming, ‘I want my life back!’ ‘She’s just trying to reconcile what she is with what she thinks she is. Roz thinks that she’s a bitter, short-tempered bigoted cynic who expects the worst and is rarely disappointed. While really, deep down inside, Roz is a bitter, short-tempered, bigoted idealist who expects the worst and is rarely disappointed. There’s bound to be some mood swings while she sorts herself out.’ It is the hardest thing she has done but Roz forces herself to hand in feLixi, for the sake of justice. The Doctor wills her to talk to him at the climax but when he opens his eyes she stands alone, proud. Roz never feels better, just less worse. 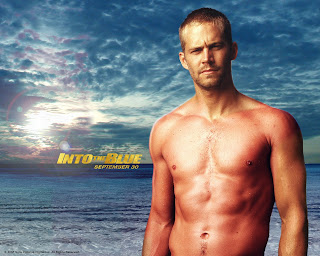 Puppy Dog Eyes: Look at all this fabulous characterisation the other three have had…poor old Chris is left lagging simply because he is such a shallow character. He likes sex. He likes planes. He sleeps with Dep and has a couple of rides about. That’s about as far as you can stretch Cwej. He is oddly tender with Roz. One day Bernice thinks Chris will make a girl very happy. Someone with stamina. Everyone loses their innocence with the Doctor but Bernice couldn’t bear for that to happen to Chris (really?) – he of the wet nose, golden fur and big, stupid grin. Why the Doctor takes Chris fishing he wonders if it is possible to die of boredom.

Twists: Bernice standing on the remnant of a Dyson Sphere, broken up, the other fragments in the sky like crazy paving, a city visible, an ocean evaporating…this is epic stuff. Bathing in mid air? Chris’ bedroom breaks off from House and floats around at night. Kadiatu is on the Worldsphere, a stone cold killer who if proven threatening, must be killed. Bernice realises what she has taken for light fittings are loaves of bread at various stages of baking, bobbing around near the ceiling in individual spheres of oven hot air! The Disneyesque butter dish! The inhabitants can change their sex on a whim. Vi!Cari is murdered during a lightning storm. Hyperlude – pages 92-94 – is fascinating, we begin to understand the awesome power of God’s intelligence. The People could take out the Daleks and have a non aggression pact with The Time Lords. The talking parachute is a charming idea. Pages 144-146 AM!xitsa’s entire conversation with Roz is peppered with a 100 other activities he is doing at the same time. There is an amazing discussion on page 149 about the Daleks, Cybermen and Movellans. The Doctor found a near feral Kadiatu in 1754 and he cleaned her up and brought her to the Worldsphere to recuperate. Kadiatu is probably the most competent temporal engineer that is not a Time Lord, a dangerous agent if drafted by any of the superpowers. Chris and Roz interrogate a spaceship that knows your question before it has parted your lips. Is the Doctor worried that Kadiatu might enter into negotiations with God? God thought the idea of a sinking city was neat so one of his cities is sinking at a rate of six centimetre a year. The inhabitants add another storey each year. Roz’s love scene on page 217 is very seductive. In a brilliantly unsuspecting action sequence a seabird erupts in an explosion of bloody feathers and sand – eaten by homicidal grubs that are after the Doctor and Benny. feLixi is the murderer, he told !C-Mel that Vi!Cari knew about Omicron 378 and he wanted the ship to advise him how to kill the drone for failing to save aTraxi. Kadiatu’s mind snaps back into place and she plans to travel time and space with AM!xitsa as her companion.

Funny Bits: ‘Of course I’m not sentient. What would be the point of a sentient table?’
All the jokes about God’s dip (that nobody eats) are great.
Roz eats the Doctor’s note and it tastes of peppermint.
‘My name’s the Doctor and this is my friend Parachute.’
In the peace treaty drawn up between the People and the Time Lords there is a clause that the Time Lords take no responsibility for the plots or actions of the Doctor.
Dep spoke whilst she was in the womb, ‘eat this, eat that.’
Chris accidentally pours two litres of freezing water over the Doctor while he’s dozing!
Chris: ‘I think we’re supposed to bash it on the head.’ The fish: ‘Well excuse me!’
There are Roz and Chris action figures and T-Shirts available!
Whilst he slept somebody buried the Doctor in sand!
Unbelievably, Kadiatu beats him at chess…so he challenges her to arm wrestling! 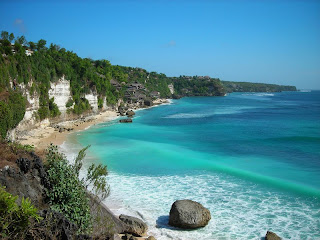 Result: Utterly sublime, every word of this novel breathes the sort of quality you only get once in a blue moon. The last Ben Aaronovitch novel I reviewed made me want to give up reading for good it was so painful, this is the antithesis of that novel in every respect, it is so good it made me tingle all over and I could beg for it to go on for another 200 pages. Aaronovitch effortlessly turns the regulars into a family and affords Roz and Bernice the best characterisation they have ever had. It is a low key novel in that the plot is extremely relaxed but it is divinely imaginative with every scene providing smiles and giddy moments of magic. Deliciously sensual in places and damn sexy in others, this is how to write an adult novel without exploiting your characters or compromising the tone. The setting is so deliriously wonderful you could set a whole series of books here. I have run out of superlatives, this is the best New Adventure by a country mile and the sort of book other writers should look at to see how astonishing these Doctor Who novels can be without juggling universes, horrific body counts, cyberspace and dream sequences. Orgasmically good: 10/10
Posted by Doc Oho at 03:20