Plot: The Doctor has been on Earth for nearly a hundred years, he has beaten fire creatures, fought wars, aided Presidents and lost and regained much of his old personality. Is he now ready to take the next step and start a family…?

Top Doc: A shame The Turing Test has to exist otherwise this would be the best look at the eighth Doctor thus far. Described as a poet, a new romantic, a man from another world. He dreams of a house with hundreds of rooms (hmm…). He knows he has lost a great deal of memories that were special to him. He is almost aching out for a family when he tells Debbie she is the closest friend he has (and they have only just met). He knows he used to travel, meets friends and make a difference. I loved the scene when he was told he was a time traveller…he is genuinely shocked and delighted! Debbie tells him “All of us carry the weight of the past, eve if we don’t know what that past is.” Scarily described as Thatcherism personified! He tries to justify the death of a man in his place but is disgusted with himself. Proving he hasn’t lost any of his steel from the earlier books in this arc he holds down Ferran and breaks his nose when he kills Debbie and in the most poignant scene of his entire era he tells Miranda, “We could have been a family.” He is offered his memories back but so close to 2001 he feels it would be cheating. In the beautiful closing sequence the Doctor looks out at the stars and tells pilot of the space shuttle, “I am home.”

Of the Doctor’s relationship with Miranda is the books selling point and it is gorgeously depicted throughout. He is genuinely astounded when he discovers she is letting him win at chess, he sense something special in her straight away when she tells him it is better for him to win 11 games than to win 10 and lose 1. Miranda has two hearts, the first of many echoes of Susan. The Doctor starts to cry when he can’t answer her questions about space and she hands him a hanky. After saving her from the Prefect he vows to protect her, finally grounding him to the Earth, giving him a reason to stop looking for answers elsewhere. He tells her stories about Vortis, the Kandyman and the Scarlet Empress. They have a sweet unspoken love of each other’s company, a shared loved of science and beautiful things. The Doctor’s reaction to her killing the Deputy is conflicted, he is ashamed of her actions but aches to protect her so he takes the gun from and tells her to go. He is searches the world for her and even goes as far as stealing a space shuttle so he can reach her in outer space. Their final goodbye is touching, he wants her to go forward with her life and lead benevolently, even though she will be experiencing the life he yearns for he has a date with Fitz in 2001 which he doesn’t want to miss.

Foreboding: The TARDIS is almost back to her old self. The appearance of the PULL TO OPEN sign within its pages was a real delight. Even the flashing light is back! Although the Doctor wishes what is going on with his box would hurry up! The Doctor is determined to see through his 100-year exile (well its bit longer than that…) and meet Fitz in St Louis. In a moment of huge scope we get to see glimpses of many of the Doctor’s adventures. Violin music in the heart of a lightning storm. The Doctor ducked as a large robot arm swung a silver fist at his head. A swarm of wasps surrounded him. “Time is out of joint!” he heard himself yelling. Mr Saldaamir smiled his disconcerting smile. The Doctor grabbed a ships wheel, the stars streaking over his head above him. A man in a bowler hat walked through the mud, checking something from a clipboard. Mather, an old man now, his hair gone grey. A large metal vehicle, something between a tank and chrome turtle, sat in a forest clearing. A young woman in a scarlet tunic with long blonde hair, smiling at him as if he should recognise her. There was a crowd of people in what looked liked Renaissance clothing. “The planet’s called Albert?” he asked. A conical robot, gun metal grey, swung a camera eye at him, the lights on the top of its head flashing angrily. A man with a thin white nose and mournful expression looked down his nose at him, “I wondered when I would put in an appearance.” Make of those what you will… Plus the appearance of Rachel, Miranda’s friend in the early segment of the book who winds up being very important to the eighth Doctor in The Gallifrey Chronicles… Oh and someone mentions that business with the Kulan… 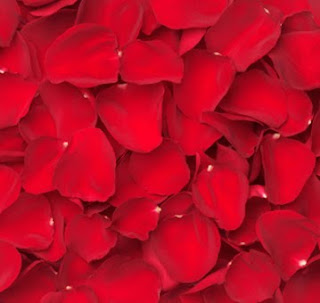 Twists: What a gorgeous cover! There is a heartbreaking passage describing the aching pain of growing up for Debbie Castle. The Doctor’s initial meeting with Debbie is suffused with warmth and cosiness. Joyfully the Doctor ends up playing all ten members of the chess team at once. Whilst being stabbed through the head Arnold feels serene because he was right about aliens all along. Miranda is revealed as the last in a long line of evil despots. Mr Gibson is revealed to be a Volkswagen who turns into a robot…a Transformer! The Doctor drives the Cortina straight over a cliff and it explodes smack bang into Mr Gibson’s chest. Debbie’s wife Barry is a patronising, hypocritical bully but true to the books ability to show surprising maturity also turns out to be quite a hero. Iris has been to visit but left in a huff when she ended up confusing him with info about his former life. Sallak wakes Barry up just to stab him in the chest and watch him choke on his blood. When Ferran looks at a century of humanity all he sees is hatred, greed and disease and he declares that we have great potential. Miranda is attracted to Bob because she has power over him and gets all girly and breathless over her first kiss. Miranda decides to sleep with Bob but finds him straddling her best friend and the next morning she gives him a vicious right hook for his troubles. The Tower bursting into a great plume of rose petals is typical of this books ability to overwhelm you with beautiful images. In the books most dramatic sequences Ferran snogs Miranda rather then killing her and tells her the truth about herself, she confronts the Doctor and kills the Deputy, shooting him in the chest twice. The Doctor visits and ages Betty Stobbold (The Burning) and we get to see how the Doctor, by saving her life in that earlier, has preserved a lifetime of happy memories. The Doctor writes his plans to steal the space shuttle on aeroplane napkins! In a top shock Debbie is killed and the Doctor flips his lid, giving Ferran a good kicking in. The Doctor proves the redundancy of violent power to Ferran, overthrowing him in the heart of his Empire. 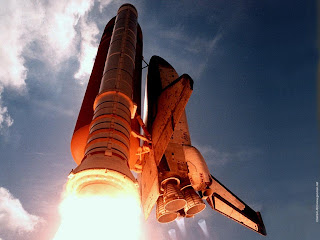 Funny bits: When Debbie urgently tells the Doctor she has run somebody over he asks her why. When Barry asks the Doctor if he wants to make the game of pool interesting the Doctor asks if that is actually possible. When the mission specialist asks if they are UFO nuts, the Doctor points out of the window at the UFO and tells him it is no time for scepticism.

Result: Powerful, deep, beautifully written and populated with characters so real you feel as if you know them, this is something very special indeed. It is full of elements that feel traditionally Doctor Who (the alien dictator/rebels conflict, robots, lasers, spaceships…) and yet there is so much here that is fresh and interesting (the heartfelt relationships, Miranda’s coming of age, setting the book over a decade of history) and the mix is quite intoxicating. Peppered with beautiful moments (the rose petal tower, the hover discs rising over the snowy village), genuine emotion (I defy you not to feel something when Debbie is killed!) and cracking dialogue throughout (“The gun works…but it is useless”), this is how good every Doctor Who book should be. This is the EDA equivalent of Human Nature, it feels absolutely right in every respect. I adore it: 10/10
Posted by Doc Oho at 18:59