Plot: The Earth colony on Yemaya 4 is struck by a mysterious virus that is unlocking the colonists’ latent psi powers. Troops from the Dione-Kisumu company arrive claiming the colonists have stolen their property. Some digging soon reveals that the property in question is memories…

Master Manipulator: The opening sequence that sees the Doctor strapped down on a surgical trolley by his friends and begging for release is very telling. Is this a product of SLEEPY’s incarceration or a deeper feeling that this is what he deserves? The Doctor edited his memories to keep the clutter down. His smashing of the mirror and seeing a twisted version of himself in the cracked glass screaming how much he hates him is very scary. One good night sleep could last the Doctor weeks. He wears a similar kind of clothes to maintain continuity; you have to be sure of yourself if your face could be different tomorrow. The only man that scares White is the Doctor. He wonders when the last time he walked – or even better ran – bare foot on wet grass. The Doctor’s first 1000 years, so many moments, so many people, so many sights and sounds, so much pleasure and pain. It’s as though the Doctor is a planet and we are his satellites. We spin around him, torn between our desire to fly away and the irresistible attraction…to what? We can’t know because we never get close enough.

Boozy Babe: Quite a light book for Benny. Although she is in the thick of the action throughout Orman shies away from examining her too much. What I did get from her inclusion was a charming intimacy that she shares with the Doctor, casually kissing his head and putting her arms around him. Very nice. It scares the hell out of Benny that her new family depend on her. In 30 years Bernice would make a fabulous old woman full of laughter and stories.

Stroppy Copper: I didn’t buy Roz here and I am starting to worry after Warchild and this that she is going to be portrayed as a bit of a gruff bully from now on. Parkin proved in Just War how sensitive her character is (that’s having warm feelings sensitive, not the shoot-a-hole-in-everyone sensitive that most of the other writers choose to portray her as) and if anybody could expand on that it is Kate Orman but she missed that particular trick, writing her as a one dimensional Stroppy copper. She hates monsters – bacteria – that are too small to shoot. Her reaction to Chris’ telepathy, horror and anger, makes her genuinely unlikable for once. Whilst she later reveals she threw the grenade at SLEEPY because it was hurting Chris it reads like she just wants this whole ordeal over with.

Puppy Dog Eyes: Finally Chris gets the story he deserves. How ironic that the book the focuses so much on his character should be as bland as he is. We discover that he is being called early on as he heads out into the forest to the constant screaming of his name. Roz finds out when Chris runs into a burning building knowing that a colonist is trapped inside and can read the Doctor’s mind before the official announcement that he is dead. He was right to fear Forrester’s reaction and she literally pushing him away. Chris’ memory of the sweet burning smell turns out to be the memory of his flitter crashing in Original Sin. He gets one really great scene when he is pushed so much by the Doctor that he admits that he would have died for whoever was calling and he collapses into tears, the Doctor putting his arms around him. Equally good is the moment in the climax where SLEEPY asks Chris if he thinks it should survive and he responds, ‘I’d do anything to keep you alive’ to which it responds ‘I love you’. What Chris goes through here is the worst possible intrusion, memories slotted into his head and controlling his actions but the book refuses to follow through and show how much Chris has been affected. It even ties up his tension with Roz with a cursory conversation that hardly covers the dramatic ground that has presented itself.

Foreboding: The Doctor thinks how nice it would be to lose all of your memories and forget all of your crimes. Be careful what you wish for, Doc.
‘My dear Roslyn, frocks are the purpose of life’ says Benny at the wedding, foreshadowing her own wedding in just two books time (Oddly the Also People set up Bernice as a woman without material needs!).
What if Benny had kids? It was going to take more than sock puppets to explain what she did for a living. 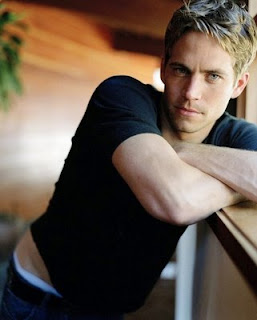 Twists: The opening chapter is a hallucinatory trip into the Doctor’s mind as he combats the virus and probably the most gripping section of the book. Yemaya 4 is being swept by a virus and unleashing the colonists latent psi powers. The Doctor wonders if the colonists were deliberately infected by the DKC. The colonists are groundbreakers, pioneers, if they settle successfully more will follow. The story of Tegan with the moth trapped in her ear is great. The Doctor lets Dot into his mind and nearly drives her mad. White’s introduction is excellent, more of a cohesion of minds than a character and we get to see all of his troops fanning through the colony filtered through him. White tells the Doctor: ‘I want to go travelling with you, travelling through your memories.’ GRUMPY is an AI with human intelligence. Madhanagopal created GRUMPY because he wanted to encode psi powers, he wrote the code in the virus. He can turn memories into machine code. He admits: ‘I can edit computers. If only I could do the same with human beings.’ The screaming in Chris and the other colonists who have received psi powers is an alarm clock, there’s something inside the crashed spaceship near the ziggurat that needs waking up. GRUMPY was on the run from his creators and the virus was his Trojan Horse when they thought they had destroyed his ship, snippets of his memory in tiny fragments infecting the colonists waiting for them to piece him together again. DKC want to destroy SLEEPY because he was going to spill all of their secrets and now want to sterilise the colonists who hold those memories. When the warship Flame Warrior attacks SLEEPY sacrifices its life to save everybody else, proving it truly was human.

Funny Bits: Page 179 – again one of those little moments the New Adventures does so well.

Embarrassing Bits: The Doctor is chatting with Death. Either this is a ridiculously overblown and embarrassing conversation or else the Doctor is still completely mad (see Head Games). Either way it’s just silly.

I want to talk about the foundations of this novel. Kate Orman writes us directly into the narrative, the regulars already having spent a considerable amount of time on Yemaya 4. It’s a trick she has used before and will use again and it adds a sense of urgency to the story. However it is completely fudged here. We are expected to know the colonists the way the regulars do but there is not enough detail here to make any of the characters or the setting come alive. I finished the book 30 minutes ago and I don’t have a clue what Yemaya 4 looks like or what drives its inhabitants. Without seeing all of this come alive through the regulars’ eyes it is utterly faceless. They are blasé about the colony and its people because they know them so well…and we are just as blasé reading about them. In years to come Kate would work a similar trick with The Year of Intelligent Tigers, jumping straight in with the regulars settled into the setting. However the difference is she spends a couple of chapters allowing us to experience the sights, smells and more importantly the music and we build a vivid picture of the setting and its people before the fireworks start. You get more character and sense of place in the first chapter of Tigers than you do throughout Sleepy. And that is a fatal flaw because I just didn’t have a clue why I should give a damn about these people or their colony. 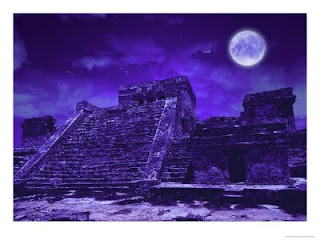 Result: I feel as though I am being a bit harsh on Sleepy because its basic plot and structure is essentially fine but I cruised through this book effortlessly, rarely connecting with the plot or engaging with the characters. After the beautiful character work of The Left Handed Hummingbird and Set Piece this does not feel like a Kate Orman book at all, dialogue driven like a television script and jettisoning her gift for characterisation in favour of focusing on the (slight) plot. Some of the elements work (Chris’s pain, White’s obsession with the Doctor’s memories) but most of Sleepy’s problems land squarely on the fact that you never once feel there is any danger. Add that to the bland depiction of the colonists and you have a book that is trying to be a fast paced science fiction thriller but ends up reading like a lethargic collection of ideas without any oomph to bind it together. The plot is so lazy it rips Bernice and Roz out of the story, plants them 30 years in the past to fill in a little backstory and then crowbars them back into the action the second that is accomplished. SLEEPY is a lovely idea and I can see how easily this could have been sold to the editor but this book is on autopilot for the most part with only the occasional Orman touches breaking the surface: 4/10
Posted by Doc Oho at 09:26