Palace of the Red Sun by Christopher Bulis

Plot: The Doctor and Peri land on the idyllic garden planet of Esselven, unaware that the entire planet and its people are about to unfold around them as a mystery left buried for 500 years. The tyrannical Glavis Judd is also heading for the planet, to wipe out the royal line of a planet who has fled to Esselven…

Theatrical Traveller: My biggest issue with this book is its characterisation. The sixth Doctor and Peri sound shockingly familiar in this story…which is a shocking oversight because they couldn’t be more different! That is all part of their appeal! However making up for this is the Doctor’s scenes with Green-8 a gardening robot who has become sentient, who would make an ideal companion for the Doctor! Their scenes together, where Green-8 experiences all manner of emotions for the first time are very sweet (“A sun that moved of its own accord, that would be most wonderful to see.”)

The Doctor knows you cannot turn the clock back – well not to often anyway. He is obviously not a child (even though he is dressed as a jester or a clown). It has been a long time since he was a child. This incarnation of the Doctor is more rational and less sentimental. One thing Peri knew about the Doctor, for all his irritating ways, he would never stop looking for her. He isn’t logical but that means doing the right thing. There is a wonderful moment where the Doctor releases a bunch of slaves from robot control and one woman turns on him and quietly says. ‘thank you.’ At the same time he has allowed Green-8 to feel power, pride and hope for the first time. Lovely

Busty Babe: Peri does get to strike out on her own in this book and have a totally independent adventure from the Doctor (which is far rarer than you might think). She gets to chase a living teddy called Boots, fall down a hole (like Alice), befriend a scavenger, barely avoid becoming his wife, confront an old friend (Dynes) and discover much of the plot.

The Doctor says of her: “Peri is opinionated, annoying, impatient, quarrelsome and stridently American…and I would miss her dearly. Not that I’d admit that to her face.” She is resolutely brave but no great fighter; she is dealt a couple of serious blows in a catfight with Nerla. She preferred to talk her way out of a fight. Dexel Dynes calls her, “Perpiguilliam Brown…hostile news subject!” Peri Brown, appealingly photogenic and would have scored high viewer approval.

Twists: I adore the cover; it reminds me of one of the most enjoyable afternoons I have ever spent as the sun lazily set. You have to love the cuteness of a book that opens with chapters featuring Luci Longlocks, Boots the teddy bear, polite garden robots and Wild Woods. The Doctor is nearly turned into processed compost! With no movement of the sun there is no way of measuring time and thus they have no idea about the stars. Judd blasts a hole in the defensive shield and all hell breaks loose on the surface and Dynes flies through for his story. Under the palace the Doctor discovers a room full of desiccated corpses.

A computer system is running Esselven? I never would have thought that turning off a holographic program could be a dramatic scene but from the point of view of Oralissa, watching her friends and family collapse and then vanish herself. The entire Oralissa plot is revealed as a holographic programme, which was designed to entertain, so you can play parts in the storyline of The Princess of Aldemar. When trying to reinforce the planetary shield one of the generators went critical – causing the shield to distort time and space. It has been 500 years since Hathold came to Esselven. They evacuated the Summer Palace and took up residence in the Wild Woods – Kel and his primitive tribe are the descendants of the royal line! The Aldemar drama played on and one, resetting every ten days and the robots began to accept the characters as the real Lords. There is something quite delightful in a robot sympathising with a human who has discovered she is a hologram. The ending is fantastic, the Doctor sending both Judd and Dynes 500 years into the future, Dynes discovers the Protectorate has broken and the Esselven’s are back in power and Dynes is a relic!

Funny bits: The Doctor on Boots: “Perhaps we can bribe him with honey!” 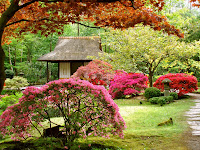 Green-8 asking the Doctor if he would like a drink: “Do you require watering?”
During her attempted escape Kel lands on top of Peri and gets a boner!
“Well think of this as an adult game. Making a game out of something you’ve got to get done. A spoonful of sugar and all that sort of thing.” “I beg your pardon?” “Never mind.”
Kel’s smooth talking charm working on Peri: “You will bear my children. If you are lazy, I will beat you.”

Result: Cute. Can you imagine a story more boring than the Doctor and Peri walking through some gardens for 280 pages? Christopher Bulis pitches this story with a lightness of touch unusual in the novel line and fills the pages with warm sentiment which is unusual in his books. It is a bit like The DaVinci Code film, a well-constructed plot spoilt by bland execution but he gets away with by piling mystery on top of mystery until the reader has reached page 200 and is hungry for some answers. Green-8 and Oralissa are great characters, asking questions about themselves and giving the novel a deeper theme of identity. The conclusion ties everything up beautifully and any book that sees a bunch of primitives, a robot and a hologram heading off to liberate a planet cannot be looked upon with too big a frown. And the fate of the villains is ingenious. Much better than its reputation, a book that demands you finish it: 7/10
Posted by Doc Oho at 03:43