First Frontier by David A. McIntee

Plot: Just what complications could a genuine UFO make for the space race between the US and Russia? Warheads are being stolen, traitors discovered within the military and a mysterious scientific advisor seems to have all the answers. For the Doctor and Ace, it will be a reunion with an old, old enemy…

Master Manipulator: Faced with his arch nemesis, the Doctor is back in Sherlock Holmes territory. He is authorative and has keen investigation skills. As a two-finger salute to the Time Lords the Doctor has already sorted out their accommodation before they have arrived (something, he admits, has a habit of doing in this body). He has majestic clearance within the US government. When confronting the master of his lunatic scheme he admits he will not kill in cold blood, that it is harder to fight for life than to surrender to death.
Boozy Babe: Bernice is interested in mankind’s first steps into space. She wondered if visiting every bar in the history of the universe and acquiring one of their glasses was a frivolous hobby for an archaeologist but her answer to herself was invariably no. Her head often felt like MC Escher’s waste bin! Although she is reluctant to admit, the truth is that the Doctor and Ace were the only family she had now. She had already lost both of her parents to raw hostility and was beginning to realise of late she couldn’t lose these two in the same way. Ace was almost like her adopted kid sister.

Oh Wicked: Interesting to see a comparison of Ace and the Master when it comes to the killing stakes! I remember a time when we used to compare the Doctor to the villain but it seems Ace is despicable enough to take on that role now! Ironic in a book that sees her at her best. First Frontier is essentially an action novel for all its pretensions of examining the Cold War and Ace is the perfect companion to shine when bike chases, fist fights and shoots outs are the order of the day! She even admits her preoccupation with death and destruction has become an occupational hazard! There is a scene where the Doctor and Ace discuss Segonax and obviously all the dealings with the Master reminds us of the events of Survival – it is astonishing to think this is supposed to be the same character. I suppose some people might call it development. Gone is the petulant cynic of previous novels, this Ace is simply hardened by her adventures but still enjoying them…and even having some fun with Benny! Exactly how it should have been from Deceit onwards! She used to borrow Midge’s bike occasionally, more to spite her mother than anything.


Foreboding: The Master’s return is the first use of the Master since Survival so it should be the newly regenerated Master that next appears in Happy Endings. The Master from Legacy of the Daleks is Delgado so no problems there. However the Master from Matrix and Prime Time is clearly the Ainley version again – yet the 7th Doctor PDAs are clearly leading up to the NAs. If First Frontier is to be believed the Master hopped from the Cheetah Planet to Earth thus voiding those Perry/Tucker novels (I can hear you chuckling Styre). The TV Movie sees him in a globulous state, exterminated by the Daleks. He pops up again in Adventuress but that could be any version of the character. And then of course he has been resurrected and hidden away in the New Series…only to be killed again. Lets just chalk it all down to the fact that lots of writers like using the character and nobody cared what anybody else did with him. 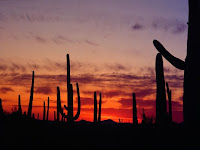 Twists: Within the first few pages the Doctor and Ace are both shot down. The Tzun are split three ways – pre-space travel humanoid looking Tzun, Pantropic (S’rath) Tzun who are 3 or 4 foot tall and blue and Ph’Sor – Tzun who have mixed their genes with the species whose planet they are colonising. The idea of Ace and Benny disarming a nuclear warhead hidden in the Washington Monument is so cool it could only have come from this range. Ace shooting the Master in the chest is way cool. The fact that the Master called the Tzun to Earth just to cure his genetic disorder and then promptly discredits and attempts to destroy them is brutally perfect for his character.

Result: There is a great story to made out of mixing Doctor Who and the Cold War and First Frontier makes a good stab at it but ultimately this novel is too long and too detailed to make the impact it deserved. It is one of the few Doctor Who novels where the ideas are all pretty good (the Master setting up shop in 50’s America tricking an alien race into curing his illness and then attempting to wipe them out) but the writing style fights the thin plot and drags practically every scene out far longer than they needed to be. It is almost as though McIntee wanted to let you know how much research he had done into the period and the amount of effort he put into creating the Tzun Confederacy. If it doesn’t develop the story, don’t include it. The location is fabulous and the regulars all shine in the setting, especially Ace who feels like a real person rather than a writers wet dream. The book hinges on the twist reveal of the Master and McIntee makes both the Ainley version and the nasty regenerated version stand out amongst the blander, less well-developed guest cast. If the plot moved faster and McIntee cared as much about characterisation as he did about period detail this would read far better, as such it is a fun idea that is just too serious and educational to really strike home: 5/10
Posted by Doc Oho at 01:00