The Shadows of Avalon by Paul Cornell

Plot: Compassion is going through some changes, the Doctor discovers a backbone, the Brigadier considers suicide and Romana has turned into a right bitch. And those are just the sub plots…trouble is brewing in Avalon, when the land of dreams is invaded by the real world, a meeting that can only lead to war…

Top Doc: Good grief the man has finally found his backbone! After a half dozen or so books where the Doctor is completely impotent to the plot he finally decides to muck in and have a positive role in the stories conclusion. He admits that humans taught him everything he knows and tells the Brigadier there would be no one else he would rather be stranded with. He is compared to his other selves, suggesting he is much more involved with the peoples lives he meets than he ever was. He condemns the Brigadier and the human race (“You dare to do this to the land of dreams?”) and rides off to the enemy lines to have a positive impact, saving lives, claiming small but important victories. His riding of the dragon is truly magical; as he sense the fate of the creature he shares its crushing pain for a moment. He admits he really doesn’t know what winning is anymore. By the end of the book he has saved his companions lives, helped to solve a terrible crisis and is on the run from his people once again, for the first time in ages I get a sense of who the eighth Doctor is and what he is all about, it might have taken an admission from himself that he is a bit rubbish overall but to see him pull his socks up and turn his life around is astonishing.
Scruffy Git: The one character Cornell seems rather aimless with, for once it is Fitz who is surplus to requirement. 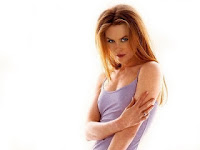 Stroppy Redhead: This is it, this is the one all those hints and clues have been leading up to. Yes that’s right it’s the book where she finally winds up in bed with Fitz! And she screams! No I’m only joking…this is the one where she becomes a fully sentient TARDIS, the very first of a new breed. She is so scared about the change brewing up inside she hugs the Doctor with delight when they are reunited. She tries to hold back the change until the last possible moment and when it comes it is terrible and wonderful at the same time, the death of Compassion and the birth of her too. She discovers the change makes her everything she has ever wanted to be and allows her to finally be at one with the time vortex.


Stiff Upper Lip: The characterisation of the Brig is so special I have to include a section just for him. He has been severely wounded by the death of his wife and is described as being dead on the inside and still walking about. He wants the Doctor to heal him, to go back and save her but finds when the time comes he cannot ask him. He no longer fights for fair shares all around, life isn’t fair and every one has to look out for their own. He is described as being only human and that is the beauty and the horror of him. When he thinks the Doctor is dead too it is the final straw and he snaps, choking on maniacal laughter, a control freak to the last who refuses to let himself heal. He attempts suicide, which is so sensitively written it brought tears to my eyes but when he doesn’t go through with it considers the act dishonest and foolish. He realises with grim determination that the enthusiastic soldiers around him are going to die. “Every day moments became moments of great pain” he admits, “I can’t move on because I’ll never stop loving you!” He realises that loving Doris so wholeheartedly made him incredibly vulnerable but he wouldn’t have had it any other way. He realises with great sadness that the reason life, and his relationship with Doris, was so special was because it doesn’t last forever. The very first choice he makes when he has chosen to live is to save Mab’s life and it is very touching to experience them beginning a new life together. He is described at the climax as a warrior turned peacemaker. Amen to that. As the Doctor says, “Alistair, you continue to astonish me.”


Foreboding: “You can kiss my TARDIS…” the Doctor opens a life up for himself, one where he is constantly on the run from the Time Lords… 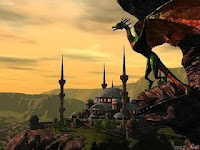 Twists: Compassion is let loose upon humans and given eight tasks including snogging somebody and writing a poem and amazingly, she succeeds. The dream of Doris’ death is shocking a nightmarish. The TARDIS is destroyed! Literally blown to pieces! And t isn’t put back together again at the end! When the portal opens between Catuvelanuni and Earth you can sense the doom coming. The Brig is responsible for killing the dragon. The war in Avalon gets into peoples dreams, a regime of fear in the world. This book brilliantly pulls the EDAs into shape, grabbing hold of what I thought were nothing more than sloppy loos plot ends from other books and turning them into something surprising and exciting and deceptively plotted to shock (The reason Iris kept the Doctor away from the Obverse was because the Time Lords were observing the mess he caused and they would be after Compassion. The reason the scanner exploded on Skale was because it could not recognise what Compassion was becoming. The human TARDISes of Alien Bodies and The Taking of Planet Five were a prelude to Compassion’s big change. The reason the TARDIS has been hopping to all these dimensional disturbances because it was aware of its own death and wanted to find out how and why. The TARDISes in the TOP5 were talking to Compassion, not the Doctor’s TARDIS and that’s why they saved him…WOAH! Never saw any of that coming…)Even better is the appearance of uber-bitch Romana who wants to force breed Compassion so they can slave them to their current conflict with the People and their coming war with the Enemy.


Funny bits: ‘The shock was so great some of them regenerated on the spot.’ Well I laughed. Embarrassing bits: Cavis and Gandar basically. I like why they are there and their insidious plans but they read like a fanboys wet dream, childish Time Lords who cat a bit spazzy and sleep with each other. Paul Cornell was never known for his subtlety but “I’m the Doctor and I’m here to save the world!” is perhaps taking things a mite too far.


Result: It might be a bit awkward in spots but that doesn’t matter at all as this is one of the few EDAs to this point to be touched by a sense of magnificence. For a start the prose is beautiful, rich with magical sights and dripping with emotion and the characterisation is the best we have seen in this series (outside of a Kate Orman novel) with the reader going through every stage of the Brigadier’s tragic road to recovery. The EDAs get a wonderful kick up the ass and it is so joyous to reach the last page (that is meant as a compliment) because I was desperate to know what happened next. It is the novel where the eighth Doctor is finally nailed, as a people person who saves the day by getting close to people and the dawning realisation that this fascinating character can actually work in print is the icing on the cake. Very encouraging: 9/10
Posted by Doc Oho at 21:00