Falls the Shadow by Daniel O’Mahony 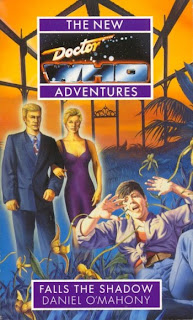 Plot: Pain! Torture! Mayhem! More pain! The Doctor, Ace and Benny are forced down into a house called Shadowfell, a mental asylum of twisted characters and traps. Whilst the Doctor steps out on the existential plane, Ace and Benny are tortured beyond tolerance by two angels…

Master Manipulator: Highlighting the best and the worst of the seventh Doctor, Falls the Shadow might possibly be the definitive seventh Doctor story. We get to see how much he loves his companions, how much they contribute to his life and how lost he is without them. We also experience him at his most impotent. Crushed and emotionally drained. It is no wonder he concludes the universe is no fun anymore.

When he thinks the TARDIS is dying, the Doctor is scared too. When he loses control of his ship the Doctor screams in near bestial rage, “This is my ship!” like a real alien. The Doctor’s eyes are defiant, reserved and patient. He sums up the book when he states, “There is something sick happening in this house.” Page 129 is a hallucinatory trip into the Doctor’s mind and is far more effective than any of his trips into cyberspace. He realises how much simpler things are through the eyes of a human being. His family are long gone. He has had so many friends, it was easy to let them go but so difficult to find them again. Sometimes he misses the warmth of belonging to single place but thinks he would be just as lonely there. The Doctor’s battle with the Daleks is described as: ‘At times the contest seems to be one to find which of you can display the least possible morality’. His reaction to Benny’s death is pure dumbstruck horror: “There must be guilt. And vengeance. And retribution. He admits to Ace in a quiet, defeated moment that he doesn’t know what to do. He asks if it would be better if he died. If that would be a good way out. The mere fact that he travels in time erases hundreds of futures.

Boozy Babe: Poor, poor Benny. What on Earth has she done to these NA writers to deserve this sort of treatment? She is literally pulled inside in this book, forced to endure physical and psychological torture, sucked dry by blood sucking tendrils, forced to swallow down blood, murdered and left to rot on a dying contraption. If I was her I would be demanding a refund and getting the first shuttle home. I realise it is great to push the companions to their limits, it really does reveal her true colours but her abuse is just obscene in this book.

At the beginning of the book there is a long and healthy description of Bernice’s physical aspect…something that is forgotten by many authors so it is good to get a decent visual description of what she looks like. She is mentally tortured; she is shown her past, someone at school that she hated and how, with a little prodding, she could have driven the splintered end of a piece of wood into their face. Turning a living being into an empty shell. She wouldn’t hurt a fly normally but she is capable of great violence. When Ace and Benny discover a cellar full of corpses and the face of a young boy crumbles to dust she collapses into a shrieking mess on the floor. Gabriel takes Benny to the edge of death until she feels bedtime existential terror she had never felt this close. She is forced to lick blood from Gabriel’s wound, drinking gutturally, like a first kiss. In the cold dread of death Benny tells Ace: “I loved travelling in the TARDIS. If 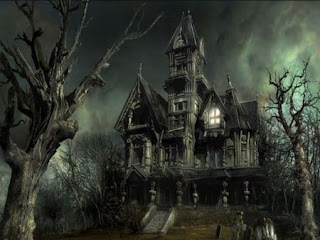 you see the Doctor again, tell him that I loved him. He was a git but I loved him. And I loved you. Remember.” As a child Benny slept with death under her skin. She prefers alcohol and orgasms to killing.

Oh Wicked: Whilst Ace does strut her stuff and act like the macho space bitch we all expect we really get under her skin in this book and see that underneath all the bravado she is still a frightened child. I really like that.

Derelict houses form a vivid part of Ace’s childhood nightmares. She has shown the Doctor that she can survive in a totally alien environment and in that respect she is a better person than the Doctor. He needs the ship. Ace had grown into a very meticulous young lady. She had killed more than a few people in her time but only people who deserved it. Being described as a potential murderer is something she almost finds offensive. Ace had never forgotten her first sight of the TARDIS. She has become hardened to death and gore: “You’re lying” said the Doctor. “No, this shit doesn’t screw me. Period” she tried to sound cool. “It should.” Ace ended up in her room crying into her pillow for something delicate and gentle she had lost forever. She never hangs around long enough to get to know people but she wished she had the chance. She admits that she loves Benny. Ace cries when she realises Benny is dead and tries to murder Tanith, seeing herself reflected in her, a vicious animal, face contorted with rage.

Twists: ‘The console room was dead, crypt-like and sepulchre-silent’ – what an eerie opening. The house is described as: ‘a monstrosity, rising out of the bleak landscape like a jagged, rotten tooth.’ Pages 80-61 are horrific, poor Benny! Wedderburn found an instrument for the manipulation of reality in the Amazon and Winterdawn used Thascales theories and applied them and can now warp space time. He can enter institial time. Sandra making love to Truman is a surprisingly delicate moment. Truman is revealed to be Justin Cranleigh – Gabriel and Tanith shaped him from Justin’s mind. The Doctor and Winterdawn are trapped in a living (and possibly sentient) death. They are attacked by a cloud of glass shards that cut them to ribbons. Gabriel and Tanith are lovely, loathsome, wonderful, worthless, superlative and shit. The word made flesh. They are the suffering of the universe, the scream. Jane Page is a lost soul, a phantom from a potential reality destroyed by some clumsy time traveller. Winterdawn’s experiments with the metahedron have distorted and mutated parts of the fabric of reality on the physical plane and the damage has manifested as negative, destructive sentience. The Grey Man plucked the TARDIS from the time stream at random to deal with this menace. The Cathedral: a decaying, rotting city of industry. A place of ambiguity and chaos, subverting, undermining, creating challenges, awakening trends and thoughts into the universe. The Cathedral moves from world to world every 80,000 years. Cultures of the cosmos have affected the Cathedral, the trappings of a million societies are stamped upon it. The Grey man is the messenger of the City, he created it and it creates him. Gabriel and Tanith best and kill the man who created them. Benny is dragged to Golgotha to be executed. The Grey Man is recreated and cuts Gabriel and Tanith from their power – Ace takes the opportunity to stab Gabriel and shoot Tanith. 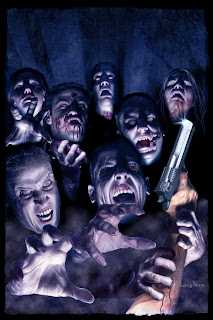 Result: Falls the Shadow reads like a deranged, psychotic fever. On the one hand this is a sprawling, undisciplined, plotless and misguided mess. On the other it is an evisceratingly written, rarely achieved scare ride into the nightmares of the Doctor’s companions. It is far too long and the plotting doesn’t even register but certain scenes have the ability to truly wind you. If you cut out 100 pages and added a few more explanations this would have been a near perfect experimental read but as it stands it left me bored come the last third. There are only so many times you can watch Ace and Benny forced to endure in the pain of humanity before you want to move onto something more interesting. Nice ideas again, a truly haunting prose style and some shocking imagery help move things on but this remains one of the nastiest Doctor Who novels around. A misogynists wet dream: 6/10
Posted by Doc Oho at 10:07