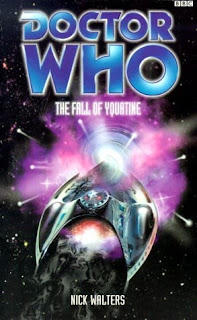 Plot: Fitz is stranded on the planet of Yquatine with the knowledge it only has a month to survive. There he falls in love with Arielle, who just happens to be the Presidents bird. Meanwhile Compassion and the Doctor have a bit of a tiff when he tries to fit a Randomiser to avoid the Time Lords…

Top Doc: It is hard to watch the Doctor being so deferential to Compassion but he relies on her so much these days he has to pander to her feelings just for the privilege of travelling in time and space. Before he could just fit any old junk to his TARDIS but his attempts to fit her with a Randomiser are construed as an act of rape and Compassion violently ejects him and Fitz from her depths. His misjudgement of the situation leads to a nasty turn in their relationship and he wonders if she will ever trust him again. Trapped without his companions or his ship on a dying world he still proves incredibly pro-active, saving lives, butting heads with President Vargeld as they are at opposite ends of the conflict (the Doctor wanting to study and understand the Omnethoth and Vargeld wanting to destroy them…). His anger at the President for killing the last few Omnethoth is heartfelt. When he discovers Fitz’s death he feels more alone than he has done in a long time.
Scruffy Git: He is trapped in an impossible situation, caught in the past with the knowledge of everybody’s death (he even wonders brilliantly if his warning the authorities would lead to the attack on Yquatine). El Ruk decides Fitz doesn’t just have women troubles, but deep, deep mind problems too (never was truer a word spoken!). It is his humility and humour that allows him to fall on his feet on Yquatine and is described as someone who restores faith in the human race (amen to that). Arielle is failed romance number nine! He sure knows how to pick his women, this time knocking about with the Presidents woman! He thinks of himself as a pessimistic, questioning cynic with a shifty face…when he decides to abandon the Doctor and Compassion to their fates and make a go of it with Arielle he can barely look at himself in the mirror. He briefly entertains the thought that the Doctor and Compassion have hopped off for adventures and abandoned him. This is the point where you realise that Fitz is pretty writer proof, adding something to every book but as written here he literally makes the book.
Stroppy Redhead: And yet no matter how good Fitz is nothing can match Compassion for character to watch! She considers herself a child of the universe and it is going to have to sit up and take notice of her. Fits thinks of her as a scary new girlfriend and she lives up to that role with pride her, screaming as though she is being put to death when the Doctor tries to fit the Randomiser. She terrifyingly tries to kill Fitz to convince him to remove it. She is afraid of her abilities and keeps her exterior shape for comfort. There is an interlude on Beatrix where Compassion atte 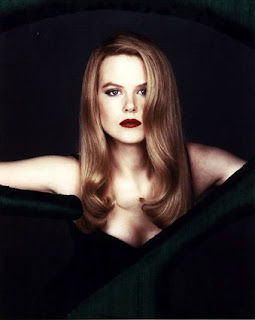 mpts to enlist help to remove the Randomiser and lets the pain of the procedure consume her and kills the man. Bloody frightening, she is! When she is reunited with Fitz he says “You bloody…thing!” and she has the humility to apologise for her horrific actions. To make it up she spends decades floating through the time vortex to reach him again. We learn she has a forest inside her, a place of nature and emotion. Touchingly she dulls Arielle’s pain in the forest and allows her to pass away in peace. It is very revealing when she thinks the Doctor is dead and feels empty inside…they must have more than a link than she thought. She accepts his apology at the climax but warns him against violating her again. Has any book companion ever been this interesting? Screw those Virgin companions; this is one ace reversal in the strength of the regulars!
Twists: The Doctor fitting the Randomiser, a truly dramatic moment. Fitz abandoned by Compassion in the past, a great set up for the story. The attack on Yquatine is described as nature gone mad and it is vividly depicted for us. The interlude on Beatrix is terrifying. The Doctor’s possession by the Omnethoth is pretty scary, especially when he starts spewing black gas from his mouth. The fall of Yquatine was all down to Arielle…the books separate plot threads lock together nicely when this is revealed. The military solution to bomb Yquatine and kill the Omnethoth is painfully inevitable. The moral of the story is hammered home effectively…life isn’t fair and the contamination of Arielle and the attack on Yquatine are both pure co-incidence. Arielle’s death is genuinely affecting, especially Fitz’s quiet reaction. Funny bits: Gotta love that story about the revolution by pie! Fitz boggles at the thought of having a wee inside Compassion.
Embarrassing bits: The Anthaurk are a bit cartoony as the villains of the piece. Their history is well thought out but their bullying, vicious nature reminded me of Star Trek’s Klingons without all the boring rituals. The Grand Gynarch is especially camp, with her embarrassing rallies for war battered down in the climax. The President too is pretty w 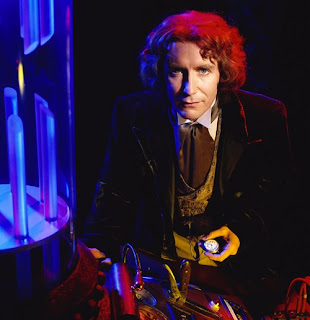 ell characterised throughout but the thought of a man in charge of the entire system falling to pieces of a woman is just embarrassing. When millions are dying around him all he cares about is Arielle. Get some responsibility man!
Result: Another winner in what is turning out to be a great little run of EDAs. Fitz and Compassion take centre stage again and rarely have book companions been this fascinating, powering their separate plotlines with real style. The set up of having to experience the attack on Yquatine twice is exploited for all the drama its worth and the book never wastes a page in getting into its characters heads and revealing new colours. You can feel how much Nick Walters has improved since Dominion, his plot and characterisation much sharper and clutches of prose that whip the mat from under your feet. It is only the odd cartoonish moment that lets this book down and some moments of overplayed drama. I gobbled this down in a day, it is a remarkably easy book to read and will definitely surprise you at least once. Another confident, well plotted entry and a book that not only exploits the treasures unearthed in The Shadows of Avalon but actually improves them: 8/10
Posted by Doc Oho at 08:09