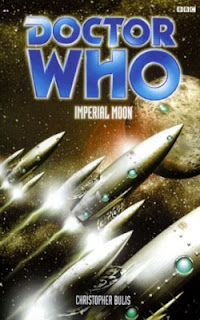 Plot: Victorian rockets…on the moon? Apparently so and the Doctor and Turlough stumble across a scheme from the deadly Vrall to conquer the Earth…
Fair Fellow: Yaaaaaawn. Why can’t anybody do anything interesting with the fifth Doctor? He comes across as such a dull fellow in print I find it difficult to muster any enthusiasm for him at all. Admittedly this is a Christopher Bulis novel and after his initial fifth Doctor book (The Ultimate Treasure) I should have been well aware that this would be like watching paint dry but even so, there is little here beyond the generic Doctor mould. He spouts out scientific gobbledegook, he berates his companions, he ingratiates himself with authority and he saves the day…its all very bland and vanilla ice cream. I cannot think of one moment where the Doctor did anything particularly clever or exciting, even atomising every Vrall is obvious. Some people might try and suggest the Doctor saving the day in such a violent method fits perfectly into season 21 where the Doctor was continually running out of options but frankly I may have been asleep at that point. Isn’t that sad?
Devious Youth: Turlough doesn’t entirely trust Kamelion and finds him an unsettling companion. He feels as though there is something missing in his life and that he won’t find his place in the universe until he cuts off the ties from his past. There are strong hints that he is a virgin but that his sexually is blossoming, his almost romance with Lytalia is sweet and allows us to see a new side to this typically devious character. Unfortunately before this relationship can really go anywhere he discovers the woman of his affections is a brain muncher. I hate it when that happens. Bizarrely enough it Turlough seems to be under the impression that he doesn’t know where he comes from or where his homeworld is but then astonishing in Planet of Fire he suddenly knows everything! Foreboding: Turlough suggest going somewhere warmer at the end of t 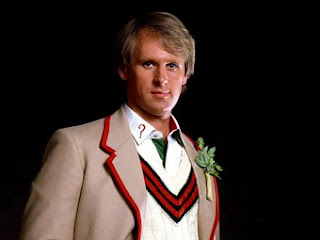 his book which (possibly) leads in to Planet of Fire.
Twists: Okay, okay…Victorian rockets on the moon…at first I thought this would be a weird parallel dimension story but shockingly Bulis manages to pull this off in our reality. I love the idea that the Victorians could have the imagination and the ability to reach the moon and it finally makes good use of Kamelion to have him impersonate Prince Albert and convince the Queen to end the project for good. The time safe is a nice idea, putting things away for prior use! The artificial safari park on the moon is just odd enough to work, especially with corpses hanging from fronds and giant spiders chasing our heroes! Encountering beautiful alien exiled from their homeworld only furthers the B-movie nature of the book. The Doctor allowing the warden to die is quite a sweet move, stepping the book up a gear into self-destruct territory. The Doctor nearly dies when expelled to the surface of the moon but is rescued by Kamelion. Turlough’s girlfriend is revealed to be a Vrall and acquired her knowledge of humankind by eating Granby’s brains! We discover the British were lured to the Moon deliberately, the Vrall want them to lead them to a new feeding area…the Earth! I liked it when the action moved back down to Earth, putting the Queen in danger is far more interesting than Bulis’ tedious secondary characters. In a bloody ending the Doctor and Turlough wipe out all of the invading aliens before they can break in to the mess and start feeding.
Funny bits: “What’s the point of having a shape shifting android around if w 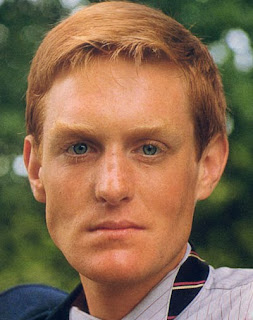 e never use him?”
Embarrassing Bits: The diary sequences at the beginning are really boring, written in a dry cod-Victorian manner with no sense of imagination or humour. How could nobody realise that the aliens would turn out to be bad?

Result: A shockingly bad B-movie style Doctor Who adventure with very little to recommend. In the hands of another author this could have been charming and imaginative but weighed down with Bulis’ depressingly dull prose Imperial Moon sinks like a rock. Just look at the contents: brain eating aliens, flying saucers, giant spiders…gosh how long did it take you think all that up Chris? Add to the ‘excitement’ some pretty uninvolving guest characters (and a couple of really boring romances) and a severe lack of surprises and you have what is easily the weakest book in ages. There are different stages of bad. Some have been badly written but fun. Others are well written but dull. This is just pure ambivalence: 3/10
Posted by Doc Oho at 07:48