The Banquo Legacy by Andy Lane and Justin Richards

Plot: Something sinister is brewing at Banquo Manor and the stage is set for a murder mystery of the highest calibre. The Doctor fears the Time Lords may have tracked him down and Compassion is forced into a disguise that even she cannot control…


Top Doc: Despite his absence from the book for 50% of its contents, this is as good as the eighth Doctor comes. He dresses as though for a formal occasion ten years ago and never got changed. Both Hopkinson and Stratford are perplexed by his intelligent, controlled personality, described as the only honest man in a world full of tricksters. His idea to fake his own death might seem callous but it affords an excellent chance to snoop around and get some answers unmolested. He stands at the periphery of the tale, allowing events to unfold around him, waiting for the Time Lord agent to reveal himself. He seems more restrained and focussed than usual which makes the book feel more important. He is a lover of independence and personal responsibility and shows great compassion at the climax when he comforts the clinically insane Catherine Harries at the moment of her death.


Scruffy Git: This is a fascinating look at Fitz from the POV of two complete strangers. Because we are no longer privy to his internal thoughts he comes across as idle and thick (one scenes sees him lounging about as if bored with the whole business). Described as distrustful on sight and acting as though the world owes him a favour and a confidence trickster too stupid to execute his own plans. His fake German accent is appalling but also very funny. The more time the narrators spend with him however they see the real Fitz shine through, devastated at the Doctor’s ‘death’, experienced in danger and practical when the situation arises. I loved it when he was described as being five sentences behind everyone else! 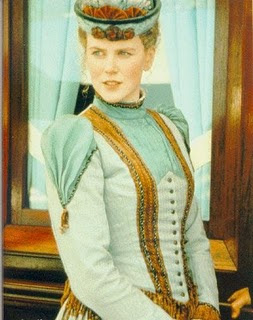 Stroppy Redhead: The opening sequence sees Compassion attacked, shrieking in agony at her near total loss of artron energy. She displays another astonishing ability, bonding with a regular human to maintain her outer plasmic ability. Linking with human Susan Seymour we see a bizarre mixture of Compassion’s cold efficiency and Susan’s warmth and…well compassion. She is wickedly unemotional in some scenes and loses it totally in others. The personality erosion between the two of them is quite disturbing but it is nice to see Compassion acting with some care and to get to experience a romance. Described as having the authority of a school mistress. Too true.


Foreboding: The hints and whispers as to who the Time Lord agent is were excellent, the extra room in the cupboard under the stairs, the six white plastic cards in Simpson’s room…The cliffhanging ending when Simpson discovers the code to Compassion’s randomiser and thus allowing the Time Lords to track her ends the book on the perfect foreboding note…


Twists: The bloodcurdling opening chapter sets the scene beautifully for the horror to come. The first person narration from two POVs is a stroke of genius and evokes a sense of period atmosphere that other historical novels lack. The tension is built brilliantly through the experiment so when the machinery goes up in flames and consumes Richard Harries’ life has the perfect impact it should. Banquo Manor is described in such vivid detail it practically becomes a character in its own right. The interrogation scene between Stratford and Hopkinson is told from both of their points of view and proves to be a fascinating psychological exercise. Hopkinson has a gross out dream about being stabbed in the eye. The Doctor’s ‘death’ is clearly staged but Fitz’s vicious reaction makes you believe it is real. Stratford’s ‘Poirot’ moment where he strolls around the suspects with his pet theories is brilliantly written, all the threads coming together satisfactorily. The fact that Hopkinson was responsible for Harries’ death and that we didn’t have a clue even though we have been experiencing 50% of the book from his POV is the work of an extremely talented author (the much underrated Justin Richards). The Wallace’s are discovered dead together, Elisabeth head peeling stickily from the wall (eugh). I loved the moment when Stratford thought the animated Harries was the murderer in a costume, it was beautiful when he realised the truth… There is a marvellous Doctor Who cliffhanger in the middle of the climax where Catherine Harries steps out from the shadows and reveals she was in control of her zombie brother all along (bwahaha!). Simpson’s reveal as the Time Lord agent isn’t such a huge shock but the fact that he has been using the rats to spy on everyone was. Harries’ dismemberment by dynamite was the perfect climax to the grisly climax. Somebody had to go, to make the struggle worthwhile but it saddened me that it had to be the very sweet Baker. 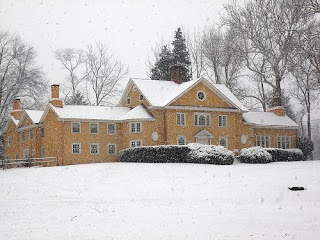 
Result: I’m so glad this came along when it did, a complex and compelling read, the penultimate book of the Stephen Cole edited era and helping to round it off with some real style. It reminds me of one of those rare TV Doctor Who stories where everything comes together… and not a foot is placed wrong here from the mix of authors, the choice of narrative device, the pace, the setting, the plot, the gorgeous descriptive prose…it is a pleasure to read from the very first page. The amount of detail is extraordinary and the 18th Century is brewed up with atmospheric ease, I loved every single one of the characters and the horror content lives up to its name beautifully. The first two thirds are like the best Agatha Christie story ever written and the last third is pure Doctor Who madness done with real verve and nastiness. And the fact that it segues into the ongoing EDA arc unobtrusively but pushing along the plot and leaving you desperate to read the next book is the icing on the cake: 10/10
Posted by Doc Oho at 06:31