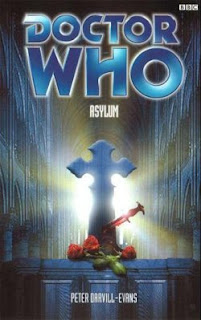 Plot: The fourth Doctor and Nyssa team up for the oddest of reasons (because she is writing an essay!) and head to Oxford, 1278. Nyssa becomes the subject of infatuation from a soppy soldier and the Doctor gets embroiled in a murder mystery in a Friary. Yes this is all true. No I’m not sure why it was commissioned either.

Teeth and Curls: I doubt I have ever read a more inept interpretation of the fourth Doctor, outside of a particular Telos Novella. He’s pretty quiet and subdued for the most part, more introvert than extrovert and if this really does take place in seasons 14/15 it hardly suits the character at all. It even states in the text that he gets tired of drawing attention to himself! Never! His habit to be drawn towards the site of violent death. He’s eccentric and obviously educated. He has a carefree attitude towards his immortal soul. Could it be that he was so steeped in worldliness that he considered prayer futile? Open air preaching, no conspicuous wealth, an interest in scholarly learning and a cheerful disposition, the Doctor would make a good Franciscan. Though not with a religious disposition and a willingness to obey the rules. He has met Brunel.

Alien Orphan: Nyssa left Terminus having conquered Lazar’s Disease and ventured out into the galaxy full of spirit. She sought war, hunger and disease because she knew how to deal with all of them. But eventually she grew weary, there was always another crisis and she began to feel like a relentless pursuer. After a disaster on Exano she decided to settle and took a post at a university teaching technography. She lived alone and felt at peace, walking in the morning and attempted to put her violent past behind her. These days she rarely thought of the Doctor, her memories of Traken were more valuable. She was happy in those days the TARDIS was her home. She is a feast for the sense, exquisite as a jewel, pure and perfectly formed. She’s not exactly suicidal but she isn’t sure if she wants to fight for life anymore. Throughout the story she does start to see the value of living and at its close she can be seen embracing it and dancing with joy. There are few women in the galaxy with a pedigree as ancient and noble as hers.

Twists: Aliens land in London 1346 with their ship exhausted, requiring many years to be ready for launch. They take on human bodies but are concerned about the oncoming Black Death. They send an emissary to the past to discover Bacon’s ‘elixir of life’ so they can survive their wait. Nyssa’s thesis on 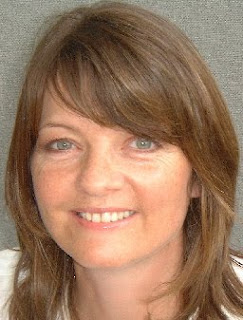 Roger Bacon is corrupted and shifts so it was always about Brunel, causing the Doctor to show up, the TARDIS latching on to the change in the timeline. Brother Godwin is killed by Brother Thomas (who the alien is hiding inside) when he learns of Roger Bacon’s blasphemous research into the ‘elixir’. Thomas murders Richard when he accidentally gains possession of the elixir manuscript.

Embarrassing bits: The biggest question is…why? I cannot comprehend the purpose of slapping an early fourth Doctor and late Nyssa together. It muddles things for no particular reason and means their entire time together the fifth Doctor knows that Nyssa will turn out well, leaving any time she was in danger and him overreacting looking a little stupid. Also how about the fact that Nyssa knows the fate of the fourth Doctor, she could effectively tell him about the Master and his dealings on Traken and stop the whole sorry mess from happening again…she could save her father and stepmother and entire planet! Also she could prevent the fourth Doctor’s premature death from the radio telescope. Its just a stupid, stupid idea which seems to creep up now and again, lumping together two characters who were never meant to meet and don’t work when they do. The essay at the end tries to explain why the Past Doctor Adventures don't work but Asylum does, frankly it is something of an embarrassing statement that this could be reversed quite as easily. 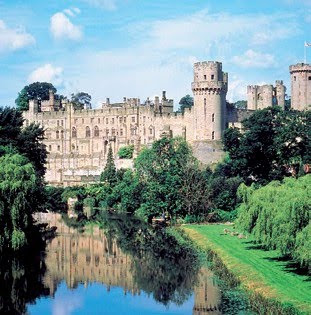 Result: It doesn’t inspire much hope does it? Justin Richards, editor of the BBC range accepted this commission and encouraged its development. Worse, Peter Darvill-Evans, editor of the New Adventures wrote the damn thing. Just how can we feel safe in either range in the hands of people that will give us something us utterly pointless as this? It just doesn’t work, it’s a book that is far more interested in its setting than its plot (nonsensical and slight as it is). It dares to suggest development in both Nyssa and the fourth Doctor but neither translates as the person they were on the telly or an updated representation of them. The guest cast are dull as dishwater and the pace is so slack I actually stop caring about the plot and concentrated more on the exploration of Oxford in the 13th century. Admittedly the prose has taken a massive leap since Independence Day and there are some fruitful passages here and there that describe the scenery in exquisite detail but when this is the biggest strengths this is book with problems: 3/10
Posted by Doc Oho at 01:42