Plot: The Doctor is back in outer space! Somewhat ironically he finds himself on New Jupiter, a planet which is happily obsessed with all things Earth! Hence a zany trip through Earthworld for the Doctor, Fitz and Anji, menaced by dinosaurs, mad triplets, crooners, robots, knights and all manner of emotional problems…

Top Doc: He is extremely self confident again and unconcerned by the superficial. He realises the only way he can make his sonic screwdriver work is to distract himself whilst he is using it! He is described as being a caged tiger when he is locked up and shows Anji a flash of despair once they are, a twinge of memory from Seeing I. Anji thinks he’s got a dreamy voice and is sexy without being attracted to him in any way (thank God…we’ve had enough of that!). Says he never screams. He thinks Sam is a man and has no memory of Gallifrey, he agrees with Fitz when he says it would be a good place for a holiday. His nasty streak is still very much apparent, he never shies away from assigning blame and he reminds President Hoover of his responsibility of locking up his kids and driving them insane. He doesn’t remember he can turn his body off. When offered the chance to regain his memories at the climax he jumps at the chance but really doesn’t show that much disappointment when it all goes tits up. He doesn’t realise it but Fitz is protecting him from his dark secret.

Scruffy Git: The best Fitz book so far by a million miles. Rayner gets his voice so perfect it is enough to wish she wrote every other book. He gets insulted when he is described as ‘just’ a pleb. After he is copied into an android all of his memories surface and he goes through a terrible identity crisis and the android copy ends up whimpering in a corner when he thinks of being left behind by the Doctor again. Turns out his real self has similar thoughts, but not as strong, he just thinks of himself as a fake. He likes a laugh, knows he falls in love too often and hides behind other personalities because they make him more confident. The only person he would risk his life for is the Doctor. His philosophy is if it looks female, shag it. For a moment he wonders if he is invulnerable as ‘fake Fitz’ because he cannot remember bleeding since being ‘remembered’ and then, hilariously, cuts himself. When strolling through his memories he realises how many girls he has been out with and wonders if he has commitment issues!
The only woman he ever loved was Fillipa and she clears up all these issues when brought to him in VR, a part of his mind that is telling him he is REAL, he needs to stop wallowing in self-pity and start living his life. He realises the Doctor needs to discover what happened to Gallifrey in his own time, not a sudden shock that will destroy him like last time and vows to look after him until he is better. 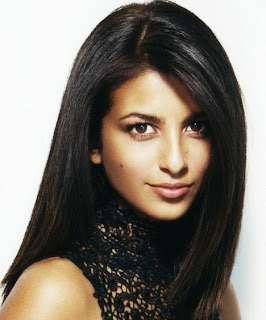 Career Nazi: A stunning re-introduction for Anji after her travesty of a debut. She is already thinking of the room on the TARDIS as HER room and halfway through she has the disturbing thought of automatically thinking of further adventures with the Doctor. She finds Fitz’s all pervading knowledge of time travel patronising and at one point she tries to think of one positive thing to say about him, and fails. The emails she sends to Dave are very Anji, but also very touching. She compares their living situation with a flat share she once lived. She cannot believe she used to worry about work deadlines given her current hectic lifestyle! She has only ever relied on herself, she can adapt to new situations. Fitz thinks she shouts so much because she is short! She knows she doesn’t have patience or the ability to laugh at herself. She realises, despite everything, she loved Dave deeply and aches for him throughout the story. Anji finally lets her guard down during the beautiful climax and joins the Doctor in the butterfly room to experience new life and ends up weeping in his chest.

Foreboding: Fitz’s inconsistent memory is set up here, since he has been remembered his old and new memories are all hanging about on the surface and his old ones refuse to be buried. 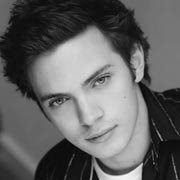 Twists: The opening featuring caveman, dinosaurs and robots pretty much sums up the craziness of the book! There is a terrorist group called ANJI! The domestic drama with the President, his wife, their chief technician and the kids is a fabulous back-story. The resulting story goes that the President wanted kids but could not bear them so his wife secretly took sperm from the chief technician and had the triplets. Hanstrum then killed Elisabethan but the President thought it was the kids and locked them up which sent them insane. The resulting psychotic pair winds up killing for pleasure, causing much of the problems in this book. There is a scene with a Dino versus a Sphinx! Even more crazily, Fitz goes up against Elvis in a death match! We only realise that Fitz is android when he explodes! The climax is very poignant, with Asia killed and the remaining trips screaming for their dead sister but re-united with their mother. In a moment where we realise how much both Fitz and TARDIS love the Doctor he asks the machine to stop him from using the memory machine.

Funny bits: I have decided that Jac Rayner is a gloriously funny person because like her earlier/later Wolfsbane (whichever way you want to look at it) it is crammed full of great jokes (or annoying post modern reference if you are anal sort). Fitz has told Anji that they used to travel around in a stroppy redhead but Anji so isn’t going there. The Doctor shouts out “Number 17!” to which Anji is as bemused as him, the best ever use of the horrendous number escape plans! Anji wants to get a T-shirt printed that says I’M A MAIN CHARACTER, DON’T KILL ME. The cultural inaccuracies are hilarious (War Machines delivering post, fishy chips, cheese on toes, a Herbivore is a monster who only eats blokes called Herb, etc). When a guard yells silence, the Doctor asks if he has a headache. I shouldn’t laugh but Elvis gets a bullet in the chest. Fitz is so inept at fighting he gets his scourge wrapped around his shorts and has the lingering thought that he might die with shorts around his ankles. 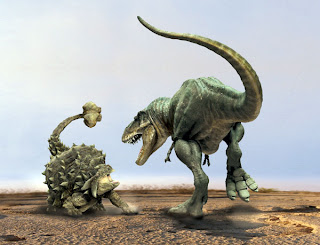 Embarrassing bits: Unfortunately yes, occasionally the prose will lurch into some really childish or irrelevant observations. Such as…BIG SCARY ROBOT WITH GUN! Or some such…


Result: Jac Rayner is clearly finding her feet as an author but there is so much here that is good it is clear she will go on to great things. Her treatment of the regulars is exemplary and she manages to update the new readers about the Doctor and Fitz and re-introduces (as a real person) Anji with effortless ease. She does this without resorting to cheap tricks, getting us close to these people and their insecurities and allowing us to see how much they have lost but how much they gained by finding each other. The book is blissfully funny in places and the main plot regarding the trips is well worth sticking with for the heartbreaking conclusion. The only criticism I have is the prose, which is far too chatty for its own good and the plot, which is thin but made up for by the top-notch characterisation. The end result is an extremely entertaining book, one that clears up a lot of backstory for the regulars and sets them forward for some fab adventures. I found it pretty addictive, especially in the excellent second half and fell in love with Anji all over again: 8/10
Posted by Doc Oho at 06:06