Grimm Reality (or the Marvellous Adventures of Doctor Know-All!) by Simon Bucher-Jones and Kelly Hale 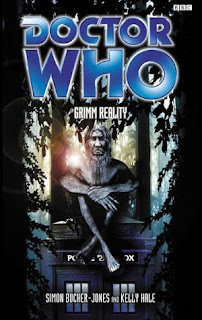 Plot: The TARDIS crew land on the planet Albert, a world of wishes, of magic and of enchanted fairy stories. But the presence of a group of profit seekers is about to tip an already unpredictable world off balance and cause some bedtime stories to become deadly…

Top Doc: After his mid life crisis in City of the Dead is great to see the Doctor back in the adventuring spirit and Grimm Reality captures a lot of what was great about the eighth Doctor before he got amnesia, the lust for adventure and fun but here he lacks the irritating goofiness that made him such a chore to read about back then. We discover, much to Fitz’s annoyance, he has the impulse to cry excitedly “We’ve landed somewhere!” every time they land. Brilliantly, he sets up a stall as Doctor Know All! He likes tales of things he can never have, adventures where nobody is maimed or tortured or beaten because they can be. He has the ability to fit into a new society like a hand into a tailored glove. Described as having hail-fellow-well met bonhomie! Although he feels there should be a rational explanation for things he enjoys the idea of genuine magic. He cannot let anyone suffer and has to make himself felt. He admits he is immortal, on his father’s side. Sees all and judges nothing. Alex finds him utterly betrayable. Apparently he doesn’t have a fetishist or homosexual aura but he doesn’t find the Christina attractive in slightest either. The wishing box attempts to tempt him with his memories but he refuses, saying his past is his past and he will not change to serve himself, that he chooses the future. In one wonderful moment he screams “Yippee!” and cries with schoolboy laughter as he races up the sheer face of the tower on horseback. He leaves the planet with the realisation that he loves what he does, he wants to go everywhere and meet everyone and continue doing what he loves.

Scruffy Git: He feels he is a true universal man now, at home anywhere in the universe. He wonders why Anji doesn’t realise he and the Doctor are manly men. He shows great compassion to an old woman who the Princes attempt to fob off, giving her his last scrap of food. Fitz is pretty disturbed to discover he has been carrying a naked man on his back for most of the book!

Career Nazi: Anji is summed up beautifully at the climax when the Doctor is asked if she is his lady and he replies, “She’s her own lady.” Thinks she is the stiff one of the family, the one with improving tastes. Gleefully, she is perfectly willing to whip the boys into shape when they need motivation, despite Fitz’s whining. Described as a Moon Maid, dusky and desirable! She is almost psychopathically competitive, trying not to win goes against her nature and is frustrated as she thinks Christina is prettier, more poetic and carries herself better (she also thinks she is a back stabbing evil conniving slapper!).

She doesn’t like relying on the Doctor to save her and there is a new part of her that enjoys saving planets, as long as saving them doesn’t take priority over saving the people on them.

Foreboding: It is at this point that I want to point out that one particular strength of the EDAs is offering little hints and whispers as to what is to come, which is extremely rewarding for long term readers. The NAs didn’t do this half as much and if you take a look back over the past 40 odd EDAs there has been some lovely foreshadowing over the course of the range. Here we get a mention of a terrible chest pain the Doctor suffers and has been suffering for some time, which leads into the next book. Also Miranda is mentioned again, foreshadowing her re-appearance in Sometime Never…

Twists: An impenetrable forest pops out of no-where cutting the crew off from the TARDIS. Hilariously Anji is tricked into become a slave for a week! A giant pink hippopotamus is eaten by a gingerbread cottage. Volpe chucks the TARDIS key down the loo only for it to turn up in the stomach of his fish five minutes later, a fish that was caught yesterday. After plenty of sneaking around his house the Doctor is shoved in the Giant’s gob for dinner. The bitchy competition between Anji and Christina is great, especially when they have to balance 500 books each on their heads! The planet is called Albert and is revealed to be a living organism, madness breaking out when the abanak captain attempts to steal some of its ‘body’ away. The crew find themselves in a forest of TARDISes! There is a lovely fairytale ending where the Doctor has to grant a wish to resolve the situation and he grants it to the vuim captain who cures the terrible disease that is eating through thousands of his people. Brilliantly, the horrid sisters who gave Anji such a hard time get their comeuppance when the dresses she spun for them kill them all in various spectacular ways.

Funny bits: One of the books strengths is its ability to make you laugh. The dog that sniffs at Anji’s crotch turns out to be a cursed bloke, much to Anji’s horror and the Doctor and Fitz’s hilarity. It feels like you are sharing a laugh with some good friends. When the witch reveals her wishing box Anji wonders why she hasn’t wished up a new face! Anji attempts to trick the sisters into reducing her weeks sentence by wishing it is the end of the week…only for one of the sisters to find her ungrateful and wish her another weeks service! 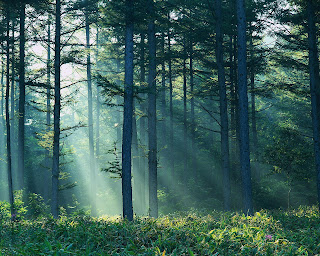 The argument over the wibble-stone (or anisotropically aligned quontonium!) is hilarious. Anji is caught with her trousers down having a pee (oh…I shouldn’t laugh!).

Result: Imaginative, with a real sense of dark whimsy, I’m glad I gave this book another chance because I have been far too hard on it in the past. It takes a while to figure out Albert but when you do there is a lot of fun to be had here, especially being able to see these dirty fairytales, kids stories seen from the POV of adults is fascinating. The regulars are captured beautifully and get loads to do and the plot is full of memorable sights, challenges and riddles. Against that the book keeps reverting to an interminably boring sub plot on a merchants ship that takes you away from all the fun on the planet and the separate voices of two authors can be easily discerned as the book pulls you in far too many directions to be entirely coherent. Packed with laughs and creativity though, I would still give it a thumbs up and I adored the sections of the plot that lapsed into fairytale style prose: 8/10
Posted by Doc Oho at 04:10