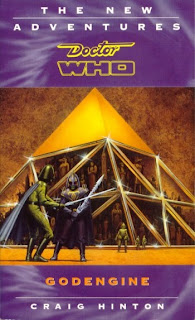 Plot: The Daleks and the Ice Warriors are joining forces to take down the human race. The GodEngine is being primed and all of humanity will be wiped out in its wake. The TARDIS has been destroyed and the Doctor and Roz have washed up on Mars, and Chris ends up on one of Pluto’s moon. One of them will learn that history cannot be bested…

Master Manipulator: Wears an atmospheric density jacket! When he gets cross with Roz, angered at the loss of the TARDIS, he calls her Adjudicator Forrester. Once again, fate had assembled an entourage of interesting and colourful characters against a historically significant backdrop. I really must have a word with Fate about that, he decided. Criticises McGuire for his racism. The Doctor didn’t trust the Ice Warriors one little bit.

Stroppy Copper: Roz is worried she is becoming more like Kadiatu all the time. If she chose to render everyone that annoyed her unconscious half of the known would currently be asleep. One of Roz’s greatest assets is her practicality. Survival of the fittest is not a law Roz feels very comfortable with anymore. Travelling with the Doctor had tempered her xenophobia but she still felt the odd twinge of unease around extra terrestrials.

Puppy Dog Eyes: Described as a little boy who has lost his mother! The Doctor had laid down a very important rule – never, ever try and alter your own history. Chris was a learner; he listened, read, watched and took it all in. Interesting to see Chris getting some meaty material for a change, whilst the Doctor and Roz prat about in an underground Martian City Chris is faced with the unenviable task of either changing history or dying. Chris becomes something of a terrorist in this story – priming explosives on the Martian base and destroying 50 Ice Warriors.

Foreboding: The Daleks are coming…

Twists: By 2310, Mars had gained an Earth-type atmosphere, including the pollution. Oddly the Time Vortex curdled and broke the TARDIS up and spat it out on Mars. During their invasion of Earth the Daleks made an aborted attempt to colonise Mars as well but a genetically engineered virus had seen them off. The Ice Warriors abandoned Mars at the end of the Thousand Day War. The Daleks have set up a subspace blockade around the solar system; they don’t stop until the entire system is defeated. I like the idea of a story that takes place before a televised story, especially one like The Dalek Invasion of Earth where we know how bad it gets. The Ice Warriors pride beauty and aesthetics above everything – apart from war, of course. You wake up for a moment when the Daleks attack and destroy Charon. Why would the Martians need so much trisilicate in the last few years? A ghostly TARDIS? 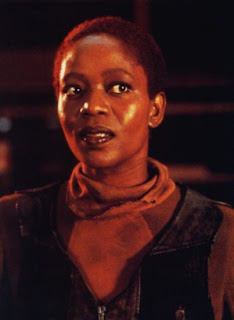 The Ice Warriors were waiting for them to create a stunnel and as soon as they did they grabbed it. The GodEngine is a weapon that can cause the sun to gulp out focused bursts of plasma and target specific locations. Armed with the God Engine the Daleks will be unstoppable. Chris realises that history will be restored no matter what he does to save lives that were supposed to have dies…the Doctor calls up a list of casualties in the Dalek War and it is all of the people who he has saved.

Funny Bits: I had to laugh when Chris appeared in the story – Rachel wants to wipe the idiot grin off his face with her fists and follows that up with the order to shoot him!

Embarrassing Bits: Shelbyville and Springville? A subspace tunnel = a stunnel? ‘So lets not beta around the bush’ – when talking about gamma radiation! Paragraphs of Martian musings prove very dull indeed as we are bombarded with a ton of information about a race we don’t really understand and lot of weird sounding place names. Whilst it is nice to see Chris getting something to do it is a terrible shame that once again he has to be reduced to a lovesick puppy dog – jealous when Felice talks with another man. Surely there are more important things to think about? Erica Dortmun? For all she knew, Chris’s dissociated body could have been floating next to her, or even mingling with her, atom to atom. Ironic, she thought: what if the closest they ever got to sex ended up as a quirk of subspace physics? – oh spare me! Isn’t it rather embarrassing that after all she been through the TARDIS was destroyed by two rare spatial phenomena? It seems that every two or three pages we need to have a science lesson and are bombarded with a ton of technobabble. McGuire is extremely unsubtle – he thinks Ice Warriors are inhuman reptile bastards who deserve to die…how unfortunate that he finds himself in an Martian settlement in this story then! How many times is Benny’s name taken in vain in this story? Okay I get it…wouldn’t it be nice if she could have had one last adventure so they could take advantage of her knowledge of Martian culture. After a while I got the impression it was less what the characters were thinking but the author having a bit of a moan that this novel was placed after her removal from the series. Except she would be back shortly in Return of the Living Dad… If Virgin did not have the rights to use the Daleks then why create a story that they have such a huge impact on. Rather than tackling them directly there is lots of whispered talk about the ‘invaders’ with the word Dalek used once a chapter or so as if slipping in the odd reference would go unnoticed. 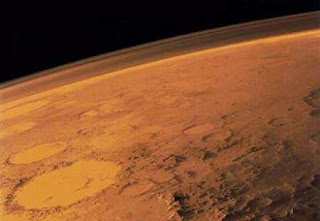 I hate the way these stories attempt to plug in continuity so brazenly – the Daleks mined out the molten core of the Earth so they could install the GodEngine.

Result: I kept waiting for something inspiring to happen in this novel considering it opens on the blood red Martian landscape during the time of the Dalek invasion of Earth leaving a wealth of fascinating possibilities but nothing comes of this. Instead we head underground into Martian city and walk around some tunnels for the length of a bible, suffer the appalling characterisation of McGuire, Rachel and Santacosta. Hinton could have turned this into an enjoyable exploration of Martian culture but seems determined to turn them into cut price Klingons with too much talk of honour and duty. We learn nothing new about the time period we are in, nothing new about the alien races being talked about and nothing new about our regulars. So what on Earth was the point? The prose is unengaging, the narrative slothenly and the continuity references a chore. Easily the weakest Craig Hinton book by miles: 2/10
Posted by Doc Oho at 10:55