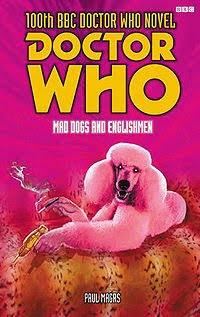 Plot: Things are afoot with time. Revolts on alien worlds, camp classics with pinking shears and special FX which come alive…and an emotional songstress who travels about in a big red bus! The Doctor, Fitz and Anji are about to discover that there are some sick puppies out there…

Top Doc: It is a great relief to see the Doctor back on his feet again, still sporting his beard but rarely for some fun and adventures. He feels as though he sent out of the TARDIS first like a sheep down a treacle well! An expert in funny business, he feels his name implies that he meddles and stitches things up. He has taken on a careless, determinedly airy attitude of late. He states that anomalies in time are his business, the 20th Century his backyard. Travelling with him is described like locking yourself up with a madman! Monsters are his specialty. He is so used to people being rude and thinking he is odd that he barely notices anymore. He doesn’t recognise Iris at all but is delighted when her ship takes off, amazed that he isn’t alone in the universe. He is a charming character here, earning peoples trust easily, enjoying his time with his companions and generally living his life to the full. Delightful.

Scruffy Git: He thinks he always says the wrong thing and is described as a bit of a mongrel! He considers himself a citizen of the universe and far beyond the sixties he originally came from and admits he spends most of his time dosing around and falling for the wrong women. He thinks he is a loser and always ends up with the roughest assignments. He recognises Iris as soon as he sees the bus and finds himself extremely attracted to her. He promises to look after the Doctor and assures Iris the Doctor is still the same man underneath.

Career Nazi: Sometimes Anji can strike exactly the right note with the people they meet and get along with them so easily. She has seen enough now to take talking dogs in her stride. Hilariously she cannot help but have a quick eyeful when the Doctor is naked. Amazingly she gets to feel ‘normal’ for a spell, relaxing in a bar, the sort place she might actually choose to visit! She hasn’t thought about Dave or home for a while. She hates that she feels flattered by the Doctor’s confidence in her, but she does. She feels annoyed that he can pilot the TARDIS to pinpoint accuracy when it is required but still hasn’t managed to take her home, although she is still unsure as to whether she really wants to go home or not. She wishes she wasn’t so prim sometimes. Anji really can’t decide whether the Doctor is brilliant or a two faced b*stard (a toughie…). Touchingly, she reaches for his hand when the Doctor realises he is not alone in the universe, wanting to share in his fantastic news.

Foreboding: Time is still being manipulated with effortless ease…

Twists: Professor Alid Jag the aphid-sized alien is squished when the Doctor lands the TARDIS right on top of him! Hilariously, the Doctor is annoyed at how easy it is to recover the TARDIS! In brilliant moment of how did they get away with that the Doctor, Fitz and Anji are stripped naked, thrown into a kennel with some squeaking toys! We realise that time is out whack when Von Armin tells Anji Lord of the Rings was performed in drag and James Bond came up against living skeletons in Voodoo Something to Me. Fritter breaks his cover as a well behaved pet to tell Anji he is bloody starving. Cleavis writes a book remarkably similar to the adventures of Iris Wildthyme to which the Doctor comments, “She sounds like a proper old harridan!” In a succession of twists, Tyler’s face melts off, Alid Jag is revealed to have faked his death and to be a member of MIAOW (that’s the Ministry for Incursions and Ontological Wonders) and Brenda Soobie is revealed to be Iris! Noel Coward transpires as the (sort of) villain of the piece, manipulating time with his marvellous pinking shears. The evil plot goes thusly, the nasty Princess (although we think she is good at first) wants to reclaim power from the Emperor so arranges for Freer to manipulate Tyler to re-write his History of Planets book so it mirrors the revolution of the dog world and thus when it is released the people will realise just how the Emperor came to power. Noel Coward writes a song which Brenda Soobie sings and it becomes the theme tune for the film, which becomes the anthem for the rebellion, thus changing time! It might be nuts but at least it’s a Paul Magrs book with an honest to God plot! Unfortunately the evil Princess doesn’t want to share her power with Freer so she rips his throat out. Everybody is shocked when they realise the Princess (a poodle!) and Freer (a human!) have been at it for years! 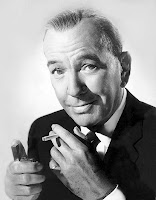 Embarrassing bits: Well the whole novel if you are a dull sourpuss. The cover seems to be a huge hurdle for some people who act as though they’ve never seen a luminous pink poodle smoking on a leopard skin couch before. Geez…

Funny bits: Forget anything written by Gareth Roberts, this is the funniest Doctor Who book at this point. The book is packed full of jokes and very, very few of them don’t hit the spot. At points my face was streaming with tears.
1) The Doctor is concerned, perhaps he has been squashing intellects all over the universe!
2) The bitchy TARDIS library system tells Fitz, “He lends them out all over the place. He never gets them back!”3) Flossie’s fall from grace, serving up a lobster during a peace treaty on a planet of Lobster People has to be heard to be believed!
4) Fitz figures the guy behind him has a big gun poked in his back or else he is extremely pleased to see him!
5) Fitz considers it to be the most civilised arrest he has ever had, being take out for a meal before being banged up!
6) The Doctor warns Coward of meddling in time, saying it could unravel “like a load of old knitting!”
7) The idea of there being pirate videos of the likes of Lassie and Digby the Biggest Dog in the World being circulated on the Dog world is hilarious!

8) The final joke of the book, a poor blind girl showing up on Noel Coward’s doorstep with tales of the blighted Pussyworld only have him slam the door in her face, is a corker.

And many, many more but I would be here all day!


Result: Delightfully funny and extremely comfortable with its own campness, this is a marvellously brisk read after the fairly torturous Adventuress. You can’t really take any of it seriously but that’s not what we’re here for, Paul Magrs knows how to show you a good time better than any other Doctor Who writer and I haven’t giggled this much in a long time. The regulars are at their all time loosest and we really get to see enjoying themselves and the guest characters (especially the marvellous Flossie and the Noel Coward) all contribute much entertainment. There is quite a complex little plot rattling along here when you dig beneath the candyfloss surface, which ties up beautifully at the end. It isn’t as richly written as The Scarlet Empress or as experimental and risky as The Blue Angel but it is far funnier and easier to read than either of them, making it Magrs’ most accessible book. As long as you can accept the poodles… Another corker in what is turning out to be another very good little run of books: 9/10
Posted by Doc Oho at 11:17