Empire of Death by David Bishop 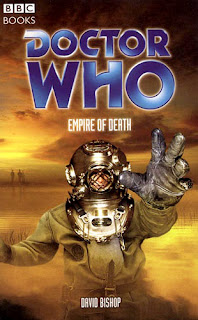 Plot: Queen Victoria is inconsolable without her husband but a secret séance promises to connect her with him on the Other Side. Is there life after death and can it be reached by those still alive? The Doctor suspects not and heads to Scotland to investigate…

Fair Fellow: It’s frightening how much Peter Davison’s fifth Doctor is growing on me since the novels and audios have been released. Rather than the ineffectual moral coward we saw on the telly they have sought to flesh him out considerably. This is a good attempt by David Bishop to give the fifth Doctor (and Davison) a story he would enjoy with Nyssa as his sole companion.

The Doctor’s attitude towards the TARDIS is like a resident who has lived in the same house far too long – no longer noticing the cracks, the dust, the decline…all too often he is guilty of putting off something that should have been done long ago tomorrow. He is keeping Nyssa at arms length, as if scared to get close to his companions now Adric has died. He is Queen Victoria’s scientific advisor in this, a lovely touch. The Doctor cannot answer the big question as to whether there is life after death – but says when his time comes he would like his spirit to become at peace with nature. He has easy familiarity with Nyssa without with no sign of them being a couple. He has a room full of memento’s to his past companions. He loves kippers!

Alien Orphan: As for Nyssa however I don’t think there has been a PDA that has ever delved into the daughter of Traken this well. I have always been of the opinion that Nyssa was extremely underated, the most understated of the fifth Doctor’s companions and potentially the most interesting. Certainly this book gives us far more scope with Nyssa that Asylum did.

Nyssa has begun writing a journal to better understand her adventures beyond the purely scientific. She is lonely and misses Adric more than she ever thought possible because he was taken from them so abruptly. She finds it hard to relax in the Doctor’s company, at least not how she could with Tegan who was the elder sister Nyssa never had, a willing listener when she was troubled. Is she mature beyond her years? The Doctor reminds Nyssa of her father but the relationship is very different. Traken is as dead to her as her father. Having lost so many of her family and friends and home, Nyssa’s self control has become stronger. She builds walls around her hurt – but is she merely imprisoning herself with the pain? Nyssa has an air of self-assurance and upright posture that suggested regal stature. Plainly she had been raised amongst aristocracy, perhaps even possessed noble blood. When Tremas appears to Nyssa she feels even closer to him now he has gone. On Traken Nyssa had been amongst the brightest and most inquisitive minds of her generation. In a scene that should have been dealt with on the telly Nyssa finally breaks down over her father and Adric’s death. Unable to cope with so much loss she has become ill and withdrawn, pulling herself inwards to escape further hurt. She wants revenge against the Master, wishes she had died instead and blames the Doctor for not saving him. Nyssa meets her mother Lucina who claims that she died during childbirth to save Nyssa. Tellingly once she feels safe through the Rift with her mother and father on Traken Nyssa is quite happy to forget her ‘other’ life. She realises that you cannot save everyone and that death comes to us all.

Foreboding: Nyssa wonders if the Doctor knows her future…which he does if you follow the events of the fourth Doctor adventure Asylum. 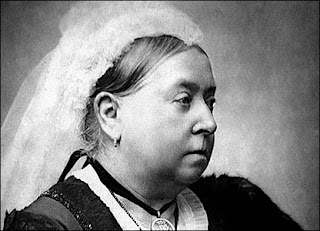 Twists: I quite like the mock-Ambassadors of Death cover. The prologue is excellent, a gripping introduction to the story. James Lees falls into the Clyde and encounters a light and upon recovering can take on the personalities of the dead – shockingly exposing a Doctor who has performed abortions and even taking on the aborted personality of his sister who was killed in the womb. Queen Victoria is beautifully written, sensitive but very firm. During the séance Albert implores Victoria to send a convoy to Scotland to the ‘other side’. Bishop imbues his minor characters with a real history. The treatment of STDs for women was to swallow mercury! Others were suspended over baths of mercury so the vapours could burn out the infection. The ghosts who died in the Lock would gather around James in the dark. Every time James reaches out into the spirit world it is like forcing splinters of glass into his brain. Page 136 – see how much realism Bishop can inject into his characters in just one page. On the Other Side, the creature which has taken Tremas’ form admits that his people took images from Nyssa’s mind to shape her ideal afterlife; however, they have ceased trying to find a peaceful resolution to their problems with Earth. The rift first opened when a dead unborn child was cast through the membrane -- one of the aborted foetuses, which Kirkhope had been burying in the swamp -- and ever since, the physical laws of Earth’s Universe have been affecting the Other Side. They intend to invade the Earth before they invade them. The Doctor uses the TARDIS to seal of the rift from both sides.

Embarrassing Bits: There is one really awful scene where the Doctor and Nyssa head into the TARDIS and start spouting off awful technobabble just like they did on the telly. All that promise of ghosts contacting the living….squandered on an alien invasion story!

Result: David Bishop is a good writer but like so many others he gets rarely plays to his strengths. The best Doctor Who authors write the story they want to write and force the Doctor Who format to reshape. Others start writing a story and let the Doctor Who format confine them into a world of invasions and monsters. Empire of Death has a terrific first half, an intriguing mystery and some surprisingly adult period detail mixed with some lovely character development for Nyssa, which is long overdue. I kept wondering why people had such a problem with this book. Then I read the second half. Shapeless beings taking on the shape of the dead to invade our world and take over. Yaaaaaaawn. How very, very disappointing. This could have been a truly frightening ghost story with some shocking implications for the Doctor Who universe but instead everything gets wrapped up nice and cosily with the invasion foiled. What’s more the writing gets less atmospheric as the book continues, as though the writer felt he had set the scene enough and was just getting on with the plot. Queen Victoria’s presence aside, Empire of Death is a huge letdown: 5/10
Posted by Doc Oho at 17:50