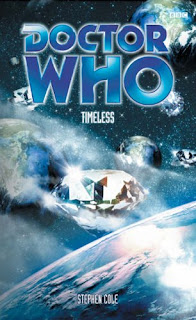 Plot: Timeless offers you the chance to kill with no consequences. After finally breaking back into the right reality the Doctor sets his friends investigating this bloodthirsty organisation. On the way he learns some shocking things about himself, Anji adopts a kid and Sabbath finally reveals his grand Masterplan…

Top Doc: This is a perfect of example of why I enjoy the eighth Doctor books at this point, the characterisation here is fantastic. He is a firework of emotions in this book, from depression to joy, from frustration to punch the air satisfaction. He starts the book hooded and withdrawn, moaning that his life has been too full of guesswork lately. He is doing his predictions party trick again. He works for life, not big on easy answers but the ones he usually comes up with are usually better than the ones you would come up with on your own. Described as crazy and polite, even if his hair is too long. He giggles when he is called a student. He really enjoys pretending to be a copper (“Assaulting an officer, I’ll have you for that!”) and doesn’t take any of the thugs’ pathetic threats seriously, laughing in their faces. He is testing Trix in this book, to see if she can be trusted. When Anji forces the issue that Chloe is from his home planet he tells her to be quiet, terrified of confronting his own past and his fate of her destroyed planet. He celebrates life, protects it, cherishes it, treasures it…but is scared that for all his championing of it, he is the ultimate betrayer of it. Brilliantly (and in a moment that hilariously has fanboys wetting their pants with anger) the Doctor lets his emotions overcome in the face of Daniel Basalt’s crimes and viciously boots him the guts, although he does have the humility to look ashamed afterwards. He holds back the tears at Anji’s party asks her what is he going to do without her.

Scruffy Git: Rather than double the amount of women salivating teaming Fitz up with the (pretty much) identical character Guy works a charm, the pair of them refusing to take everything seriously and adding a great deal of fun to the book. They get to talk laddishly (which isn’t as painful as it should be) and goof around madly in Anji’s car, punching the windscreen out, smashing through warehouse doors and shooting down Sabbath’s apes whilst singing the James Bond theme (Anji later notes her car isn’t covered by acts of total prat). Even better is his interaction with Trix, which is lively and flirtatious and bodes well for the future. I think Fitz is secretly Cole’s favourite regular but due to editorial requirements he gets the least amount to do.

Career Nazi: Pleasingly, Anji’s final appearance is one of her best. Her actual leaving scene is about two lines long because we have building up to this since Time Zero. Her bitchiness towards Trix is hilarious and it is shame she didn’t come out of hiding sooner (Anji thinks she is 100% fake and a dangerous, manipulative psychotic!). She has spent most of her life pushing away her ethnic background. She canot wait to move on, determined that now she had found her Earth she would never leave it again. The scenes between the Doctor and Anji are great, a real mutual respect between them a genuine feeling that she has finally grown out of needing him to protect her. She has given her parents enough reason to chase after her (and certain young men) with a machete! It is great to see her relax, flirt and laugh, she feels normal for a change and she realises that she isn’t used to it anymore, but it feels good. She feels a pang of jealousy of how close Fitz and Trix have grown and gets the urge to run into the TARDIS and slam it into Trix’s face. 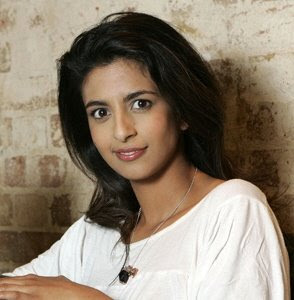 After snogging Guy at the party she realises there is world of possibilities out there for her. Wrapping up her story in a lovely, almost fairytale manner Trix arranges the adoption of Chloe for her and as we leave her she is introduced to a gorgeous hunk called Greg… I love this, Anji’s story has a definitive beginning, middle and end…and it has been a very satisfying journey. Clearly she has learnt a lot travelling with the Doctor and she is a completely different person to who she was in Escape Velocity. Very nicely done.

Identity Tricks: What a relief it is to see this woman explored in some depth. She has been using the TARDIS for business ventures and loves performing in all guises. She has never been caught before. She has a million and one sob stories at her fingertips to ensnare Fitz. He reckons she has nine lives like a cat. An escort rather than a friend, like somebody paid to respond in a professional way. The way she can make up a convincing history in seconds is really creepy. When she slips on a character she becomes that person so its annoying if you start to like that person. Trix knows people with access to all kinds of things (fake driving licence, passports), the Doctor knows she is illegally stepping into a dead persons shoes (stealing their identity) and trusts her to take care of things. Brilliantly, she sits there filing her nails as though nothing concerns her as the Doctor reveals all. The Doctor has been testing her patience; to see if she could last on a job does not please herself. To Anji’s annoyance, she succeeds. She sees travelling in the TARDIS as too good an opportunity to miss. Claims she is not one of the Doctor’s tame stooges.

Ham Fists: Finally we get to hear Sabbath’s plan and amazingly, after all the build, it isn’t a let down! Halfway through the book he storms in on bully Daniel Basalt, slaps him about a bit and takes over his organisation (what a guy!). The great puppet master, he boasts that the Doctor’s investigations into Timeless has manoeuvred everyone where he needs them (although the Doctor tells him he is a ‘lazy get’). In a moment of punch the air brilliance just as Sabbath’s plan is about to come into fruition, his business partner (the very creepy Kalicum) turns on him and tells him “ My people no longer need you!” We realise Sabbath was trying to seed the human inheritance in the entire universe, wanting to bring stability to a universe that he has been shown could descend into the horrors of raw time. He was shown how the human race could flourish and thus has been their willing pawn ever since, thinking his plotting and scheming would bring about humanity’s prosperity. Now he has been betrayed, he is pissed. 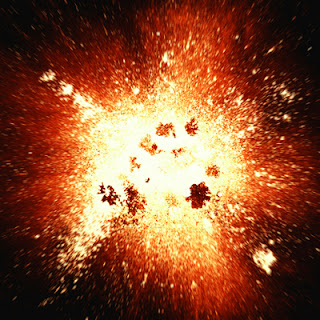 Twists: The pre credits sequence is the most ridiculously entertaining sequence this range has produced since The Crooked World. Everyone kill Guy Adams Day is beautifully written. The TARDIS can find its way around the universe because it is a closed system, it has a precise beginning and end and thus the way back into our universe is to go back in time just after the Big Bang and if the TARDIS is ripped apart by the primal forces they know they are home (none of the other universes have a beginning, they have always been there, now and forever). “Hello reality you are cleared to land!”, the Doctor returns the journal to the bookshop in 1938 (Time Zero). I love the idea of the Doctor taking Fitz and Trix all around the world taking snapshots, just to make their cover story more convincing. Basalt really is vile, smacking a woman’s head into a glass frame and cracking them both. Chapter nineteen is lovely, all the plot threads dive into a coherent whole, after lots of clever investigation the plot is revealed…Timeless find a person (as the universes collapse, Chloe saves some of the more unfortunate people, Jamais sucks the soul out and breathes it into the version in our reality) in an alternate reality, brings them here and kill one version (Fitz and Trix’s contribution), the bodies are shipped out and dumped in the sea (the Doctor and Stacey) and the paperwork covering their arses is dealt with by Guy’s office (Anji and Guy). Sabbath’s sudden appearance ups the ante dramatically. Kalicum, Sabbaths employer has sharp, crystal like hands, which butcher Chongy. Stacey has some horrifying dreams about Basalt, her mind telling her that she is one of the Timeless clients, from another universe and he has killed her counterpart. Chloe is revealed to be one of the last surviving Time Lords, her world destroyed (by the Blessed Destroyer), her people rotten…she wandered eternity seeking others of her kind, trying to find the magic of the stellar engineers. The Wraith attacks him been attempts at communication, they are the last line of defence in the Vortex and it has been poisoned, a new presence manifesting itself in space/time…a presence as old as time itself (but it wasn’t there yesterday). Guy is revealed to be a descendant of D’Amantime, Sabbath has genetically altered him so he can prepped for his role in his plan in 2003. The diamonds are to be implanted in Guy’s body, the body placed in a casket, the casket placed before the universe began. When the universe ignites, the casket goes with it and whatever it contains becomes part of the fabric of the universe…the alien essence will be in everything and everyone. Alas Guy is spared but the plan still goes ahead, the diamonds planted in Chloe’s dolly instead. Oh and Sabbath is betrayed by his partners (hahaha).

Funny bits: The Doctor’s torture of Tommo, slowly pulling out strands of his remaining hair, is great. Almost as good is sticking his pencil in another thugs ear and tossing him overboard! Taking the piss out of Sabbath (“Aha! Working as I am for unspecified higher powers, the nature of my misguided plans remains frustratingly obscure! Ha ha!”) is always funny.

Result: Just as the NAs worked when they concentrated on building their own version of the future, the EDAs do their best work on Earth in domestic settings (Vampire Science, Revolution Man The Banquo Legacy, The Burning, Casualties of War, The Turing Test, Father Time, City of the Dead, Advenuress, Camera Obscura, The Sleep of Reason, The Deadstone Memorial and The Gallifrey Chronicles are some the best this range has produced). The Doctor has a cast of wonderfully trendy twenty-somethings here backing him up (Anji, Fitz, Trix, Stacey and Guy work astonishingly well together) and the urban surroundings add a touch of reality to a range, which was slowly going SF crazy (or possibly just crazy). It is another richly plotted story, Timeless has lovely clues planted everywhere and plot threads dovetail together effortlessly. Finally this mighty eighth Doctor arc is building up to its conclusion and the second half of the book is one energetic twist after another (The Time Lords! Sabbath’s plan!). Add to this mix some sizzling dialogue, interesting characterisation (for her last story Anji gets to shine) and lots of moments that remind you how marvellous the central character can be (the Doctor on the boat), this is a confident and stylish piece of storytelling and about as far from the tired hackneyed range as is reputed: 9/10
Posted by Doc Oho at 07:37